Google parent company Alphabet’s Waymo today announced that it will soon begin piloting autonomous cars in Florida, expanding from its initial test cities of Novi, Kirkland, Washington, San Francisco, and Phoenix. The company says in the coming weeks it will bring both its modified Chrysler Pacifica minivans and a Jaguar I-Pace to the Sunshine State to drive on a closed track in heavy rain, ahead of tests on public Miami roads later in the month.

“At Miami-Dade County, we are constantly exploring ways to improve and provide more mobility options for our community,” said Miami-Dade County department of transportation and public works director Alice N. Bravo. “I’m supportive of Waymo’s presence in the county as they continue to push technological boundaries and discover new ways to help us move.”

Waymo says its cars will be manually driven by trained operators, giving the team an opportunity to collect real-world driving data in heavy rain. When the cars venture beyond the closed track, they’ll mainly drive on highways between Orlando, Tampa, Fort Myers, and Miami.

Waymo points out that during the hurricane season in the summer months, Miami is one of the wettest cities in the U.S., averaging an annual 61.9 inches of rain. These conditions and the resulting slick roads create noise for its vehicles’ sensors, Waymo explains, and can also result in other drivers behaving differently. “Testing allows us to understand the unique driving conditions and get a better handle on how rain affects our own vehicle movements, too,” the company said in a blog post. “Both human-driven and self-driving cars need to drive in many different weather conditions.” 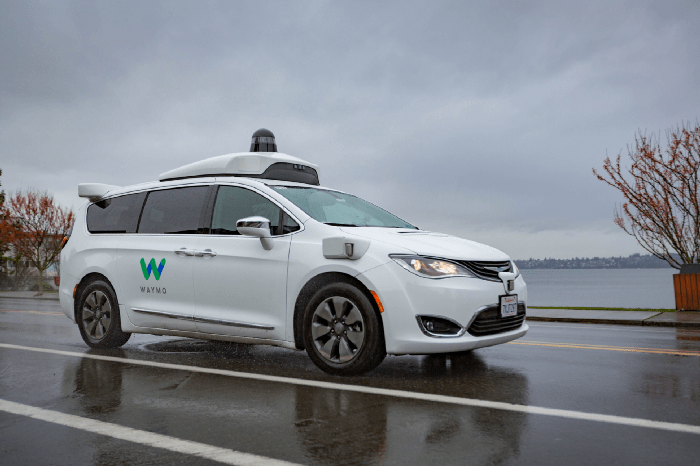 It’s been over six months since Waymo launched Waymo One, its commercial driverless taxi fleet of over 600 cars with safety drivers behind the wheel, and the company says the fleet has grown to serve over 1,000 riders in that time. Separately, Waymo recently revealed that its cars have driven 10 billion autonomous miles in simulation and 10 million real-world autonomous miles in 25 cities.

Weeks after Waymo announced it would dedicate a factory in southeast Michigan to the production of level 4 autonomous cars — that is, cars capable of driving without human supervision in most conditions — the company said it had settled on a location in Detroit. Separately, Waymo partnered with Lyft to deploy 10 of its vehicles on the ride-hailing platform in Phoenix.

Waymo currently operates a roughly 20-person, 53,000-square-foot office in Novi, Michigan that opened in 2016, and in Detroit it tests driverless Chrysler Pacifica hybrid minivans that are produced in Windsor, Canada and shipped to Novi, where they’re outfitted with hardware and software by Waymo and Chrysler engineers. In Chandler, Arizona, Waymo last year expanded its full service center — which houses operations and support teams, including fleet technicians, dispatch, response, and rider support — to 60,000 square feet. More recently, the company pledged to open an 85,000-square-foot technical service center in the city of Mesa, Arizona, near Phoenix’s East Valley, and it expects to “more than double” its capacity to maintain the fleet of cars in Waymo One.

Waymo also announced last year that it would add up to 62,000 minivans to its fleet and said it had signed a deal with Jaguar Land Rover to equip 20,000 of the automaker’s Jaguar I-Pace electric SUVs with its autonomous system by 2020.

Waymo has competition in Yandex, Tesla, Zoox, Aptiv, May Mobility, Pronto.ai, Aurora, Nuro, and GM’s Cruise Automation, to name just a few. Daimler last summer obtained a permit from the Chinese government that allows it to test autonomous cars powered by Baidu’s Apollo platform on public roads in China. Beijing-based Pony.ai, which has raised $214 million in venture capital, in early April launched a driverless taxi pilot in Guangzhou. And startup Optimus Ride this month built out a small autonomous shuttle fleet in New York City, becoming the first to do so.