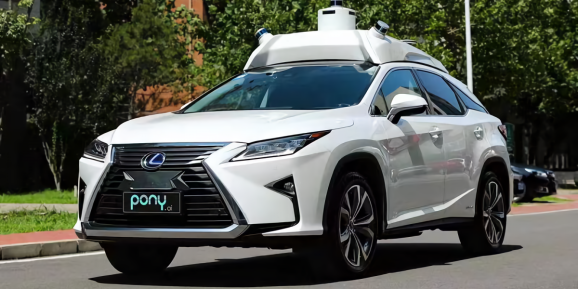 Guangzhou, China-based self-driving car startup Pony.ai today announced that it will team up with Toyota, the Japanese auto giant with a roughly 9% share of the global car market, to explore “safe” mobility services involving driverless technology across a range of segments and industries. The two companies say they’ll collaborate on a pilot program in September on public Beijing and Shanghai roads to “accelerate the development and deployment” of autonomous vehicles, using Lexus RX vehicles and Pony.ai’s driving system.

“Autonomous driving technology is the key to creating a better transportation system and delivering value to the lives of many,” wrote the companies in a press release. “Through such collaborations, Toyota and Pony.ai are accelerating the arrival of a safer, more efficient, and more enjoyable mobility future for all.”

The announcement comes after the reveal of Pony.ai’s PonyPilot, a test project for “product-ready” self-driving cars within a geofenced area in Guangzhou. It’s currently available to employees and “select affiliates”by invitation only, and it covers roughly 50 square kilometers​ of central Nansha, including commercial plazas, office buildings, landmark hotels, libraries, and residential complexes.

As for Toyota, the partnership is one of several ongoing driverless car forays. In March 2018, the company announced that the Toyota Research Institute, its R&D division, would build a closed-course test facility in Ottawa Lake, Michigan to replicate “edge case” driving scenarios too dangerous to conduct on public roads. More recently, Toyota invested $500 million in Uber to jointly develop self-driving cars, deepening its existing partnership with the ride-sharing company. And it worked with CALTY Design Research in Ann Arbor, Michigan to streamline the design of its in-house autonomous test vehicle.

Additionally, Toyota last year took the wraps off a concept it’s calling e-Pallete, fully automated battery-powered electric cars designed for a range of “mobility-as-a-service” businesses. The carmaker intends to work with companies such as Softbank, Amazon, Didi Chuxing, Mazda, and Pizza Hut to deploy shuttles that can be used to deliver food, offer onboard medical examinations, double as hotel rooms, and more.

Former Baidu chief architect James Peng cofounded Pony.ai in 2016 with Tiancheng Lou, who worked at Google X’s autonomous car project before it was spun off into Waymo. The pair aims to build level 4 autonomous cars — able to operate without human oversight under select conditions, as defined by the Society of Automotive Engineers — for “predictable” environments, such as industrial parks, college campuses, and small towns, with a tentative deployment window of 2-3 years from now.

Pony’s full-stack hardware platform, PonyAlpha, leverages lidars, radars, and cameras to keep tabs on obstacles within up to 200 meters of its self-driving cars. It serves as the foundation for the company’s fully autonomous trucks and freight delivery solution, which commenced testing on public roads in April, and it is deployed in test cars within the city limits of Fremont, California and Beijing (in addition to Guangzhou).

Pony.ai is one of the few companies to have secured an autonomous vehicle testing license in Beijing. Stateside, in California, it has obtained a robo-taxi operations permit.

Earlier this year, Pony.ai — which has tripled its headcount since January 2018 — attracted $50 million in pre-B financing from video game publisher Beijing Kunlun Wanwei, making it one of the most valuable autonomous driving startups in China. It previously raised $102 million from lead investors ClearVue Partners and Eight Roads (Fidelity International Limited’s investment arm), bringing its total raised to roughly $300 million and taking its valuation to over $1 billion.

Pony.ai has competition in Daimler, which last summer obtained a permit from the Chinese government that allows it to test self-driving cars powered by Baidu’s Apollo platform on public roads in Beijing. Separately, startup Optimus Ride built out a small autonomous shuttle fleet in Brooklyn. Waymo, which has racked up more than 10 million real-world miles in over 25 cities across the U.S. and roughly 7 billion simulated miles, in November 2018 became the first company to obtain a driverless car testing permit from the California Department of Motor Vehicles (DMV). Other rivals include GM’s Cruise Automation and Tesla, in addition to Zoox, Aptiv, May Mobility, Pronto.ai, Aurora, and Nuro.

Fortunately for Pony.ai, there’s plenty of cash to go around in China’s goldmine of a driverless car market. According to a McKinsey report, self-driving vehicles and mobility services in the region are expected to be worth more than $500 billion by 2030, when the number of autonomous cars on public roads is expected to reach 8 million.