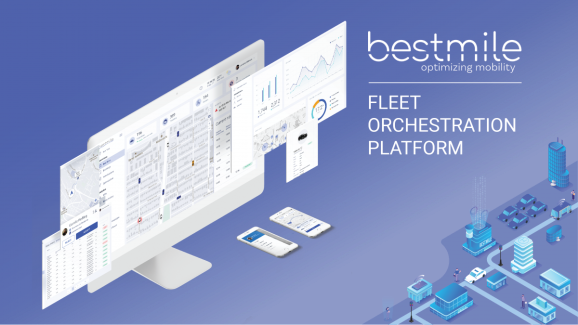 Bestmile has raised $16.5 million in venture capital as it continues to expand its platform for managing autonomous and human-driven vehicles.

The Switzerland-based company’s software was originally designed to help transportation companies optimize fleets of self-driving vehicles, including cars, trucks, and shuttles. But Bestmile has evolved to include traditional vehicles as the shift to an autonomous world is now stretching out over many years.

“We are creating this kind of flexibility of the platform because the transition to fully autonomous will be maybe 15 years,” said Bestmile cofounder and CEO Raphael Gindrat, “so our customers need one platform to manage both in parallel.”

Founded in 2014, the company now has more than 55 employees, most of whom are located in its Lausanne headquarters, with a handful in North America and in Asia.

Bestmile currently has 15 customers and is particularly embraced by companies that have deployed autonomous shuttles in strictly defined zones. Recently, Florida-based Beep selected Bestmile as the fleet management partner for its self-driving shuttles.

But Bestmile also has a deal with Alto, a ride-hailing company that owns and operates its own fleet of human-driven vehicles. Gindrat said Bestmile’s platform works just as well to help manage such a service, improving safety and cost effectiveness.

While autonomous vehicles have been experiencing waves of hype and pessimism, Gindrat said the market overall is developing at about the pace Bestmile expected. Going forward, he anticipates the pace of deployments will vary widely by city and company.

“We always knew it would take some time,” he said. “It’s not black and white. One day it’s not ready, and the next day it’s deployed worldwide. It’s going to be a step by step process. But it’s an industry where you are too early until you are too late. And if you are too late, it’s game over.”

The funding follows an $11 million round Bestmile raised in March 2018. The latest round was led by Blue Lagoon Capital and TransLink Capital and included money from previous investors, including Road Ventures, Partech, Groupe ADP, Airbus Ventures, and Serena Capital. The company plans to use the money to expand its sales teams and continue product development.