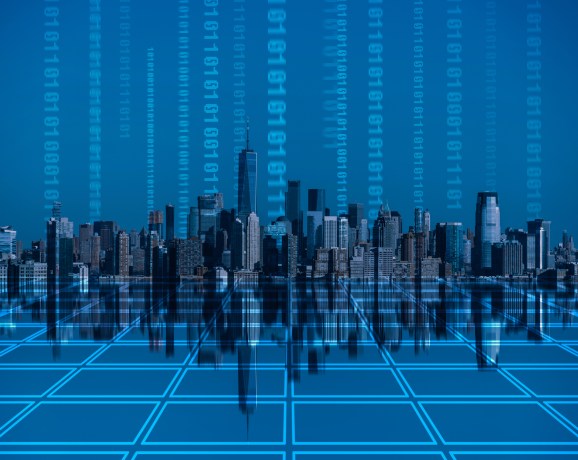 Twenty years ago this year, Pets.com’s sock puppet appeared in the Macy’s Thanksgiving Day Parade. The company flamed out the next year and became a symbol of dot-com excess. With the biggest wave of multi-billion-dollar tech-powered IPOs hitting the market, there has been some talk about a dot-com crash II.

But a lot has changed over the last 20 years.

In the late 1990s everybody was hatching a plan to “monetize” the internet. There were more than a few questionable ventures. Remember when Flooz spent millions on ads with Whoopi Goldberg? Maybe not. It collapsed soon after.

Just half of U.S. adults used the internet in 2000, compared with 90% now. Many were wary of sharing their credit card information online. Now malls are closing because millions do so every day. E-commerce’s share of U.S. retail sales grew 16-fold between 1999 and 2016 to 8%, or $389 billion, according to the U.S. Census Bureau.

Another big difference: The cost of growing a tech company is lower because there’s a cost-efficient and powerful infrastructure of online services that didn’t exist 20 years ago.

Why buy servers when you can rent them from Amazon, Google, or Microsoft?  Why enter into a long-term office lease when you can lease by seat from WeWork? Today you don’t need deep pockets to get the same “bells and whistles” as the big players.

Probably the biggest cost for startups during the dot-com era was marketing. A lot of money was wasted on events that produced dubious ROI. Traditional marketing tools — like print ads and broadcast commercials — were expensive and inefficient.

Now startups can create their own online ads and target whatever demographic they wish to sell to using Facebook, Twitter, Google, and LinkedIn. To be sure, the cost of acquiring a customer is on the rise again, depending on the sector.

Two decades ago, a pile of dot-com companies went public without meaningful revenues or market share. When Pets.com filed to go public in 2000, it had “lifetime revenue below $6 million and just one year of operations under its belt.” That’s no longer the norm.

The median age for companies going public in 1999 was four years, compared with 12 in 2018. Case in point: The former CEO of Pets.com took luxury consignment marketplace The RealReal public in June, eight years after founding it. The RealReal had more than $200 million in revenue last year.

Another huge shift since sock puppet days: It’s easier for tech startups to go global and reach many more markets: Airbnb, Peloton, Uber, and Zoom all have a growing presence in markets outside the U.S. That wasn’t the case for most dot-com companies with U.S. headquarters.

Another difference between then and now was the sudden pause in technology upgrades after huge investments ahead of Y2K. Tech providers saw their business shrivel up. Today corporate America is investing billions in a broad range of new smart technologies, such as AI.

One thing all of the 2019 crop of tech IPOs do that almost nobody did in 1999 is leverage their data as a revenue source and powerful tool. Thanks to new technologies, such as artificial intelligence (AI) and natural language processing (NLP), today’s tech companies can quickly sell new products and services as they identify new opportunities and unaddressed markets. Amazon started out selling just books.

To be sure, there are a number of challenges that this year’s would-be unicorns must manage that weren’t on the horizon two decades ago.

Near the top of that list is crossing paths with one of the “Four Horsemen” of the tech industry — Apple, Amazon, Facebook and Google. They are all deepening their participation in the markets they dominate while expanding to new verticals. The challenge for entrepreneurs will be how to increase market share and revenue in a sector before they get trampled. Given the Four Horsemen’s unique access to data, they can easily identify the latest trends and hot companies and buy the most interesting players before others realize they even exist.

Momentum is building among politicians, regulators, and consumers to take a more critical view of the business practices of these four companies. The Justice Department’s decision last month to open an antitrust review of big tech companies could lead to huge transformations, and opportunities. The 1984 breakup of AT&T ushered in a new age of  telecommunications and tech innovation.

Another big question: How will the EU’s General Data Protection Regulation (GDPR) affect tech companies’ collection and use of data? Tech giants and startups have self-policed themselves, but those days are ending. The data privacy challenges of Facebook, Google, et al over the last year have made this clear.

Widespread adoption of AI and 5G will create new opportunities and lay waste to companies and industries that don’t adapt quickly enough.

Still, I believe the chances of another dot-com bubble event are far less than 50% and can be offset by new tech opportunities and expansion into new verticals. Being nimble, proactive, and reactive are the new norm. There will be companies that don’t make it and investors that lose money, but there has to be a bubble for a bubble to burst.

James McVeigh is the Founder and CEO of Cyndx, an investment search and discovery platform. He has more than 20 years of investment banking experience at Salomon Brothers, DLJ, Credit Suisse, and most recently Bank of America Merrill Lynch, where he ran the Technology, Media, and Telecom banking group. Among others, Jim has advised Ancestry.com, AOL.com, eBay, Expedia, Facebook, Google, LinkedIn, Monster, Priceline, Rubicon, SurveyMonkey, TripAdvisor, Weather.com, and Yahoo. He also served as a Lieutenant in the United States Navy.