Neura, a platform that helps developers personalize their apps to increase engagement using real-world activities and behaviors, has raised $16 million in a series B round of funding led by Pitango Venture Capital and Liberty Technology Venture Capital II, with participation from AXA Ventures, Moneta Capital, and Amdocs, among others.

Launched in 2013 out of UpWest Labs, a Silicon Valley-based accelerator for Israeli startups, Neura taps data from smartphone sensors and myriad third-party sources spanning internet of things (IoT) devices like smartwatches, door locks, connected scales, home security systems, appliances, and more. The company, which is based in San Francisco, then applies its machine learning to make sense of all the data and build up a profile of users’ habits, schedules, and daily routines.

Developers can pay to access this data by integrating their apps with Neura’s SDKs and APIs to understand exactly what their end users are doing when they engage with specific features of the app. For example, is it worth sending a push notification to a device when the user is likely driving or is it better to target that user when they are on the train to work? 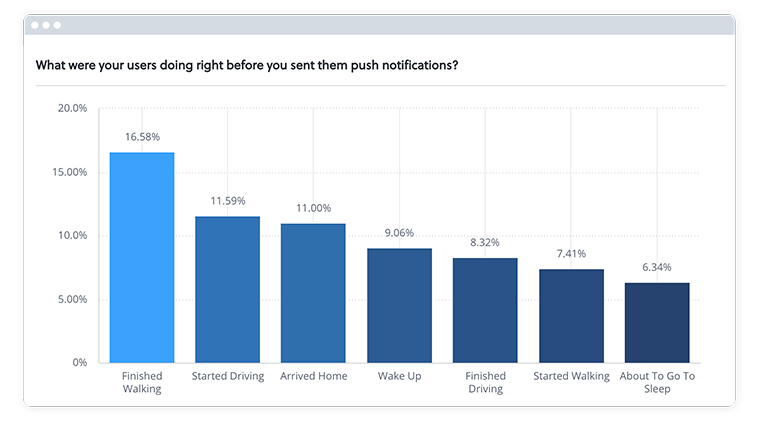 While demographic data such as age, gender, location, and earnings are helpful for marketing purposes and increasing engagement inside digital properties, they don’t tell the full story. A person’s habits and schedule can vary greatly depending on whether they are a fitness freak, a student, or a work-at-home parent, for example. So Neura is setting out to help developers find the best time is to engage with each user.

Neura had previously raised around $13 million, most of which arrived via its series A round back in 2016, and with another $16 million in the bank the startup plans to grow its platform and headcount in the U.S. and Europe.

“Since our founding six years ago, our diverse team has grown to span three continents,” noted Neura CTO Triinu Magi. “We believe our team’s diversity is one of our greatest assets, and this enables us to achieve our mission of revolutionizing the way products interact with people. The new funding will help us to further expand our team, and we are already on the lookout for top talent to join our R&D department, as well as our marketing and product teams.”

The global mobile marketing industry was pegged at $53 billion in 2018, but with smartphone users facing a growing deluge or alerts and notifications, finding the right moment to seek their attention could prove pivotal.

“It has become increasingly clear that brands that understand the real-world behavior of their users will lead the next generation of the mobile economy,” added Neura CEO Amit Hammer. “This funding validates the importance of contextualizing digital experiences and will help us empower digital products with the intelligence to create meaningful, long-lasting customer relationships.”