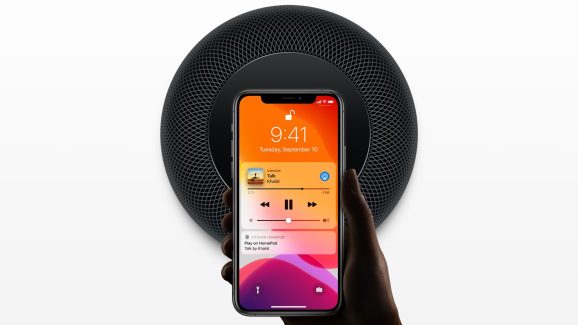 Apple’s smart speaker HomePod hasn’t exactly taken off with consumers since it launched in February 2018, so relatively few people will be disappointed to learn that Apple has pushed back some of its anticipated software updates to two separate dates after the release of iOS 13. According to an updated HomePod product page, some new features will now arrive on September 30, while others are coming at an unspecified point “later this fall.”

Bigger features were held back for the “later” fall update. One will enable iOS and iPadOS devices to hand off calls, songs, and podcasts to the HomePod just by holding their devices next to the speaker. Another promises to recognize up to six different people by their voices, delivering personalized music, messages, reminders, and phone calls through the HomePod based on the current user. This so-called “Personal Requests” feature will apparently only be available in English to start.

One fall surprise is a new feature called Ambient Sounds, which will let the HomePod serve as a background noise generator with samples of “ocean waves, forest birds, rainstorms, and more.” While third-party apps have offered similar functionality on iOS devices for over a decade, and can be sent to the HomePod over AirPlay, the integrated feature promises to make accessing the listening experience easier for users.

HomePod software updates were originally pushed simultaneously with iOS, as the speaker uses Apple’s A8 processor and runs a version of the mobile operating system. While iOS 13 will launch on September 19, it will be followed by iOS 13.1 and iPadOS 13 on September 30, along with the first aforementioned HomePod update.