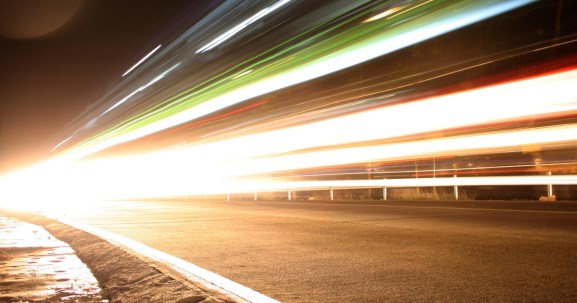 Gigstreem (formerly Rainbow Broadband), a Tysons, Virginia-based internet service provider targeting residential and commercial customers, today announced that it has raised $10 million in a series A round led by RET Ventures, with participation from LNC Partners. CEO Joel McIntyre said the capital infusion will fuel the company’s R&D efforts and lay the groundwork for geographic expansion.

“Gigstreem is uniquely positioned to deliver the market’s best high-speed internet experience, especially within the multifamily industry,” said McIntyre. “This investment from RET Ventures validates our core innovation model and enables us to greatly accelerate our development in key markets. We are thrilled to have the industry-leading expertise of RET Ventures as we begin the next phase of our company’s growth.”

Gigstreem says its mesh of fixed wireless and fiber-optics service “hundreds” of businesses and residences in communities throughout five markets. Plan speeds range from 100Mbps to 10Gigabits, delivered over a network directly peered with content providers that include Apple, Google, Netflix, Yahoo, Youtube, Facebook, Digital Ocean, and De-Cix.

Gigstreem distinguishes itself by operating major points of presence — locations where multiple fiber network streams converge — in each of its cities and individual markets. It creates multiple direct, independent connections from each serviced building to its POPs, theoretically ensuring a faster and more reliable connection.

Gigstreem has brand partnerships with Google, Microsoft, Button, BuzzFeed, Samsung, Snapchat, Yahoo, Nike, and Honda and it says it has provided broadband for Google’s advertising billboards in Times Square. Additionally, Gigstreem handles Wi-Fi and hardline connectivity logistics for music, arts, consumer tech, and fashion events like BlackBerry’s Key2 launch in the Metropolitan Pavilion, Mercedes-Benz Fashion Week at Bryant Park, and the Women In The World Summit at Lincoln Center.

On the residential side, Gigstreem offers six-month contracts with an early termination fee to customers in New York, Baltimore, Orlando, South Carolina, and Virginia. Fully symmetrical 150Mbps tiers start at $50, going up to $80 and $100 for 400Mbps and 1Gbps, respectively.

“High-speed, reliable internet service is a non-negotiable in the multifamily industry,” said RET Ventures managing director John Helm. “Not only are we seeing the ‘hotelification’ of the industry, where residents expect many of the amenities offered at a high-end hotel, the increasingly prevalent remote workforce and the move away from traditional cable television means that constant connectivity is of the utmost priority. We believe Gigstreem is the best provider to deliver internet services that meet and exceed the demands of today’s multifamily owners and their residents.”

Gigstreem’s funding follows on the heels of Pew’s latest internet usage report, which found that despite nine in 10 American adults using the internet, only three-quarters of adults in the country have broadband internet service at home. Furthermore, an estimated one in five are “smartphone-only” internet users, meaning they own a smartphone but don’t have traditional home broadband service.