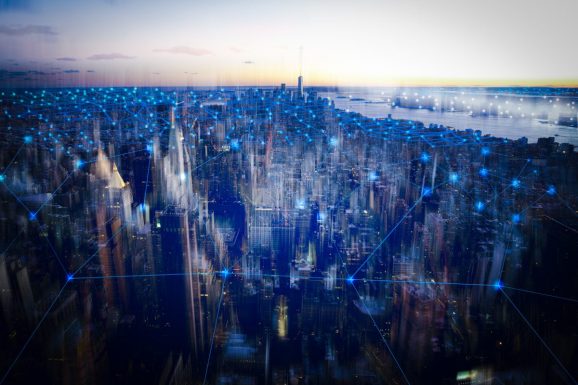 The web needs better business models. Advertising spending, which pays the salaries of employees at websites like this one, is anticipated to rise at a slower pace globally than last year (4.3% compared with 5.4%). High-profile publishers like Mashable, Verizon’s Oath, and Gizmodo owner Fusion Media Group, the first of which was once valued at $250 million, have been shopped around by their corporate parents or acquired for pennies on the dollar. And countless media organizations including BuzzFeed, Vice Media, and Condé Nast have pursued aggressive restructuring to bolster revenues, eliminating in excess of 3,200 jobs this year alone.

To reinvigorate the search for sustainable platforms that enable folks to support content they value, San Francisco startup Coil today announced a collaboration with the Mozilla Foundation and Creative Commons to launch Grant for the Web. The ambitious $100 million, five-year fund will encourage innovation among creators while promoting access and inclusion, with at least 50% of all grant dollars awarded to openly licensed software and content projects.

“When I was starting out as a developer, the openness of the Web gave me incredible opportunities to learn and grow,” said Coil founder and CEO Stefan Thomas. “It’s so easy to create on the Web, but when it comes to earning money, people are mostly stuck with app stores or large content platforms. With this grant, we hope to tip the scales in favor of an open, native way for creators to be compensated for their contributions to the Web community.”

Grant for the Web will seek to address challenges like the loss of privacy and rapid spread of misinformation by promoting open, alternative online business models that benefit the public good. It’ll include marginalized, disadvantaged groups globally that have historically had poor access to the web, and it’ll support platforms that don’t engage in ad targeting or overzealous data collection and that afford users autonomy and control over their data. Additionally, it’ll aim to lower the costs of receiving payment for content by creating a competitive payment ecosystem, and it’ll simplify the purchasing of content that’s not currently monetized or that’s only available in select currencies.

“At Creative Commons, we’re very interested in identifying new ways of rewarding open creativity and enabling people to show their gratitude to creators who share their work openly with the world,” said interim CEO of Creative Commons Cable Green. “We’re especially excited by … Grant for the Web’s commitment to putting at least 50% of its funding towards projects that are made up of openly licensed content and software. Creators have told us through our own user research that gratitude is a core element of why they choose to share their work, and micropayments may be an excellent way to offer that gratitude.”

Mozilla executive director Mark Surman added: “The web’s richness and diversity comes from its individual creators: writers, coders, musicians, podcasters, app makers, journalists. But in the current web ecosystem, big platforms and invasive, targeted advertising make the rules and the profit. Consumers lose out, too — they unwittingly relinquish reams of personal data when browsing content. That’s the whole idea behind ‘surveillance capitalism.’ Our goal in joining Grant for the Web, is to support a new vision of the future. One where creators and consumers can thrive.”

Coil, which will fund Grant for Web entirely on its own, says 50% of awarded dollars will go to projects made up of openly licensed content and software. It welcomes new members to join and support the program.

For the uninitiated, Coil was founded in 2018 by former Ripple CTO Thomas, and it operates an open API — the Web Monetization API — that enables writers, journalists, video creators, podcasters, streamers, musicians, photographers, and artists to monetize their creations. The Mozilla Foundation is the sole shareholder in the Mozilla Corporation, the maker of Firefox and other open source tools. As for the nonprofit Creative Commons, it provides free licenses and legal tools designed to grant copyright permissions for creative work, ensure proper attribution, and allow others to copy, distribute, and make use of those works.