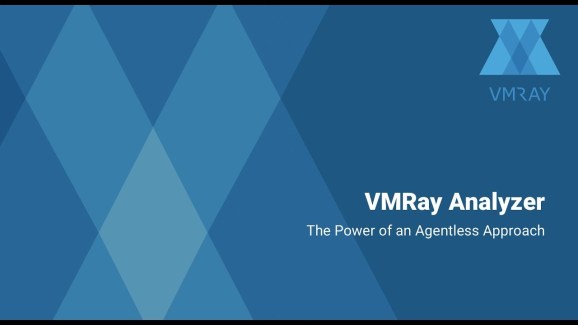 Cofounder and CEO Dr. Carsten Willems said the newfound funds will enable VMRay to expand its marketing and channel program into new verticals and bolster its engineering team. Last year, the company opened an office in Boston, and Willems says a portion of this latest funding will be used to hire on more U.S.-based workers.

“When we originally founded VMRay, our objective was simple: to provide comprehensive dynamic analysis in a way that cannot be detected by the latest and most complex malware strains,” said Willems in a statement. “Many of the world’s largest enterprises and government agencies now rely on VMRay to provide the actionable threat intelligence they need to defend their network.”

VMRay was founded by Willems and Dr. Ralf Hund in 2013, who sought to commercialize research into the identification of evasive, dynamic malware strains that elude most analysis and detection software. In contrast to traditional static and signature-based analysis security products, VMRay’s X-Ray technology leverages a malware sandbox that’s capable of spotting threats it’s never seen before or that only come to light during audits.

It accomplishes this by monitoring every interaction between malware and operating systems, including calls (e.g., API and system calls), COM methods, and Java functions. By doing so, it’s able to adjust automatically to the appropriate monitoring granularity and distinguish between behavior associated with malware and unrelated system activity.

It’s a holistic suite, to be sure, and one that integrates seamlessly with tools from Splunk, Demisto, Swimlane, and others. That’s likely why VMRay hasn’t had trouble attracting customers — its products are currently in use by the National Bank of Canada, Cyberint, Expel, and Gdata.

“Our investment philosophy at Digital+ is focused on identifying and investing in best-in-class technology vanguards who are driving innovations across the B2B software landscape,” said Digital+ Partners managing director and founding partner Thomas Jetter. “With an exceptional management team already in place and a battle-tested platform that has demonstrated value to some of the largest and most sophisticated customers around the globe, VMRay is precisely the type of company we are eager to partner with and support.”