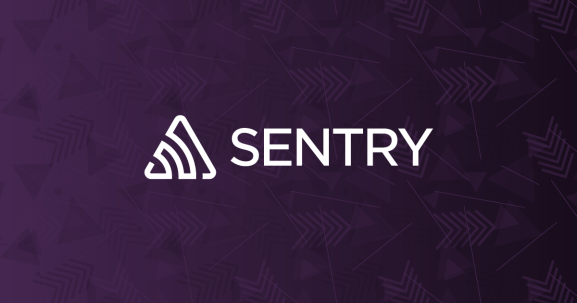 Application performance management, or APM, concerns tools that help to monitor and manage the performance and availability of software apps. There’s more to it than you might expect — Enterprise Management Associates reports that the mean time to repair is often between five and seven hours, and that as many as four people are typically required to solve a given problem. Furthermore, 65% of companies say they have more than 10 commercial monitoring products, with half admitting that 50% or fewer were being actively used.

With uptake this enthusiastic, perhaps it’s no surprise that Cramer and Jennings managed to convince investors to fork over fresh capital. Sentry today announced that it’s raised $40 million in series C funding from Accel, with participation from new investor New Enterprise Associates. The round builds atop previous rounds totaling $26.5, and it brings the startup’s total raised to nearly $70 million.

“Now that cloud is the de facto standard back-end server infrastructure, the next wave of innovation and efficiency for organizations is in front-end devices, where code meets consumers in application experiences on Single Page Applications, desktops, and mobile and IoT devices,” said Cramer. “It’s time to replace legacy application performance monitoring solutions that were not designed for — and often don’t work at all for — the complexity and constant change of DevOps and high-velocity application development.”

For the uninitiated, Sentry’s agentless products proactively identify, triage, and prioritize errors in over 32 programming languages and frameworks (including JavaScript, .NET, Python, PHP, Java, and Ruby) and integrate with popular apps and services (like Slack, Trello, and GitHub). Sentry ships with source maps for JavaScript and with node and stack locals for Python bug tracking, and its breadcrumb component allows it to expose the events, context, and actions that led up to any given bug.

From within a bespoke dashboard, users can visually navigate issues from multiple projects in a single view, including those from apps developed by teams in other departments. Moreover, they’re able to assign new issues to the teams and engineers best suited to tackle them, and to alert those domain experts via email, SMS, chat, or the app of their choice.

“As we push to rethink APM, we’ll emphasize our focus on actionable insights by collecting and analyzing transactional traces, scaling our search and storage to handle full traces, and building intelligent algorithms to detect and analyze issues,” wrote Cramer. “We promise that Sentry will never stop championing developers or lose our focus on making their lives easier.”

Markets and Markets pegs the APM market at $4.98 billion in 2019 (up from $2.27 billion in 2014), and it’s no wonder — mobile-tap downloads across all platforms exceeded 194 billion in 2018. That’s led startups like Dynatrace to compete against incumbents New Relic, Cisco’s AppDynamics, and others, in some cases pretty successfully despite their capital disadvantages.  Just last September, new enterprise entrant Instana nabbed $30 million in a round led by Meritech Capital.

But if Sentry investors like Accel’s Daniel Levine are concerned about rivals, they aren’t showing it.

“Sentry’s leadership has proven year after year that it can identify emerging technology trends and, crucially, bring products to market that developers need and are willing to pay for,” said Levine. “We’ve watched Sentry achieve, and sustain, its market leadership in error monitoring, and we are excited to support the team as they reinvent APM and shake up the market to give customers critical tools for the app-oriented decade ahead.”