The capital infusion brings Gatsby’s total raised to nearly $20 million following a $3.8 million seed round in May 2018, and it comes as hundreds of brands including IBM, PayPal, Nike, Harry’s, Fabric, Braun, Ideo, Airbnb, and Impossible Foods use the startup’s eponymous framework to create web properties. In fact, Gatsby cofounder and CEO Kyle Mathews claims that 1% of the top 10,000 websites are now built with it.

“We’ve spent four years building Gatsby to be the most comprehensive platform for building a modern website. What would take companies months or even years to implement with a cutting edge web stack is trivial to start with, build with, and deploy on Gatsby,” said Mathews. who cofounded Gatsby with Sam Bhagwat in 2015. “This is why companies love using Gatsby, and why we’ve been able to build such a thriving developer community that helps us continually improve the platform and ecosystem. We’re excited to use this funding to make Gatsby even better, and help more people build beautiful, blazing fast websites.” 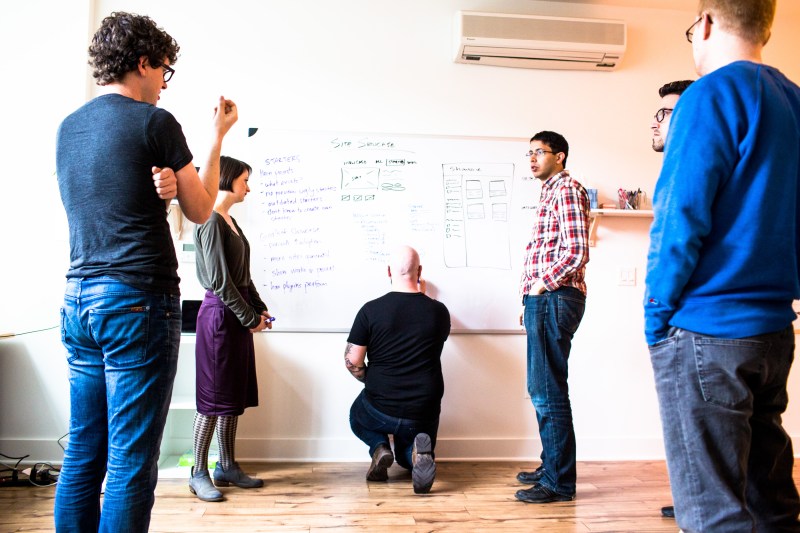 Above: Gatsby cofounder and COO Sam Bhagwat (third from the right).

Gatsby builds upon two open source JavaScript projects for website and web app development. One is React, a library for designing UIs that’s maintained by Facebook and a community of developers, and the other is Webpack, a module bundler that transforms assets like HTML, CSS, and images. Gatsby generates sites as static files that prefetch resources to cut down on page load times, and it integrates with more than 120 backends and over 1,200 plugins across 15 of the top content management systems (CMSs).

A robust plugin engine lets developers pull in data directly from software-as-a-service (SaaS) platforms, APIs, databases, file systems, and more. And helpfully, Gatsby ships with template sites preconfigured for different use cases, in addition to a curated list of community projects and learning resources like podcasts and tutorials.

Gatsby offers a cloud-hosted service — Gatsby Preview — that lets teams build web apps and websites and see changes in real time. To this end, it generates a shareable temporary URL for viewing works in progress immediately and in context in Contentful, Sanity, Dato, ContentStack, and Drupal, with pricing starting at $50 per month for one site ($600 per year) up to $150 per month for three sites ($1,800).

“Gatsby has become a critical piece in our approach to web development, and underpins the web presence of IBM Design initiatives, including the IBM Design language and our open-source Carbon Design System,” said Alison Joseph, a senior front end developer at IBM and development manager for Carbon website properties. “Using Gatsby has helped us reach our very high standards for speed and performance, as well as making it easy for other IBM teams to build IBM-branded sites.”

As a part of this latest funding round, CRV general partner Devdutt Yellurkar joined Gatsby’s board of directors.