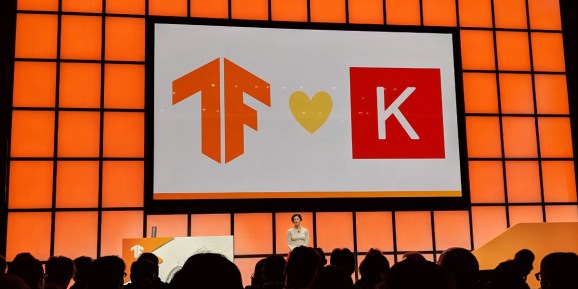 Google open source machine learning library TensorFlow 2.0 is now available for public use, the company announced today. The alpha version of TensorFlow 2.0 was first made available this spring at the TensorFlow Dev Summit alongside TensorFlow Lite 1.0 for mobile and embedded devices, and other ML tools like TensorFlow Federated.

TensorFlow 2.0 comes with a number of changes made in an attempt to improve ease of use, such as the elimination of some APIs thought to be redundant and a tight integration and reliance on tf.keras as its central high-level API. Initial integration with the Keras deep learning library began with the release of TensorFlow 1.0 in February 2017.

The TensorFlow framework has been downloaded more than 40 million times since it was released by the Google Brain team in 2015, TensorFlow engineering director Rajat Monga told VentureBeat earlier this year.

The news was announced today ahead of TensorFlow World, an inaugural conference for developers set to take place October 28-31 in Santa Clara, California.

In other recent news, Google AI researchers have rolled out a series of natural language understanding breakthroughs, like a multilingual model trained to recognize nine Indian languages. Last week researchers shared news they created ALBERT, a conversational AI model that now sits atop the SQuAD and GLUE performance benchmark leaderboards.