Naborly, a San Francisco-based, Y Combinator-backed startup using AI to verify prospective tenants’ identity, income, and employment status, this week announced that it has secured $7.5 million in seed funding. This coincides with the launch of NaborlyShield, a service designed to guarantee rental income for landlords. First Round Capital’s Bill Trenchard and Susa Venture’s Chad Byers co-led the round, with participation from Joe Montana’s Liquid 2, Village Global VC, Assurant Insurance, and Third Prime.

The influx of capital comes as the number of landlords using Naborly eclipses 35,000 — representing over 850,000 properties — and as the number of applicants it screens daily reaches “thousands.” Founder and CEO Dylan Lenz says the money will be used to expand service availability, accelerate product development, and acquire new customers, as well as growing Naborly’s teams in the Bay Area and Toronto, Canada.

“It’s incredibly expensive to be poor in America. The least privileged people pay the highest interest rates and service fees, while offered the fewest options. Not because they don’t repay their debts, but because they do,” said Lenz. “Research shows the average person in this country is one missed week of work away from a financial emergency. If their kid gets sick or their car breaks down, they get pushed into a financial crisis that costs a lot more than the few hundred dollars they need to get by. Meanwhile, they are paying thousands each year in interest and fees to predatory lenders and financial service providers, which perpetuates the systemic cycle of being broke.”

Naborly is the brainchild of Lenz, who in 2016 pivoted the company from its previous business model of selling background reports for a fixed fee. It now offers a set of core features at no charge ($25 for Canadian customers), which includes tenant screening. But for specialized products like NaborlyShield, Naborly exacts a percentage of tenants’ annual rent — usually 2% to 5% — that Lenz says works out to between 50% to 75% less than comparable solutions on the market. 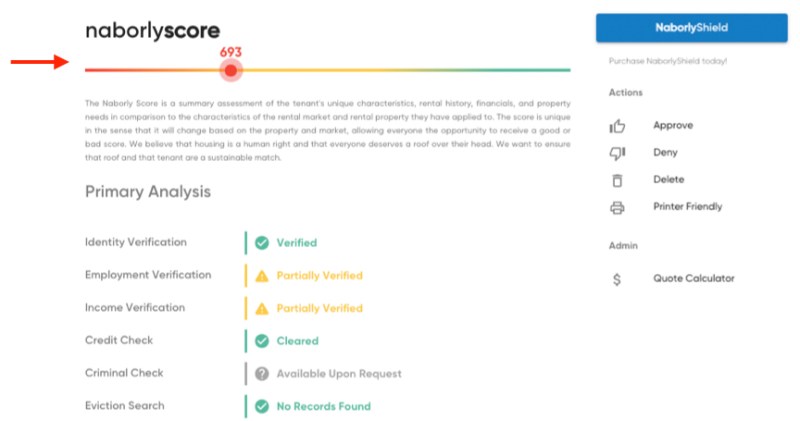 Naborly’s screening service provides landlords in the U.S. and Canada with rental forms they send to potential tenants, who fill in their employment, financial, and rental history for verification. Naborly feeds roughly 500 data points across credit, criminal, and rental history records sourced from private data vendors, governments, and open source databases to a machine learning system — SHERLY — that generates a risk score between 400 and 900 (the higher the better) within 90 minutes. From within an online dashboard, landlords can provide feedback and endorsements for tenants, who can use their profile to apply to future rentals.

As for NaborlyShield, in addition to applicant screening it handles the eviction process in the event a tenant refuses to pay or can’t cover the first month’s rent. Naborly works with insolvent tenants to offer loans, and it will cover up to six months’ rent if a guest leaves without providing notice and up to $2,000 in damages if that guest causes damage to the property.

Lenz says NaborlyShield addresses the more than 2.2 million evictions in the U.S. each year that result in annual total cost of damages and lost revenue exceeding $35 billion. On average, it takes more than 24 months for property owners to financially recover from one bad tenant.

“This problem is a symptom of our financial system. We realized we needed to build a solution from the ground up, so we took a three-pronged approach,” says Lenz. “First, we rebuild the credit bureau system with free and fair credit that helps tenants build credit by paying their rent. Second is an insurance-like product where we cosign or guarantee leases so that all tenants can access sustainable housing. And finally, we extend a low-interest line of credit in those worst-case scenarios to help tenants avoid evictions before they occur.”

Naborly says its system takes into account rental property characteristics and market dynamics and that its algorithms have been audited to meet or exceed the requirements of the U.S. Office of Fair Housing and Equal Opportunity and all Fair Credit Reporting Act (FCRA). It’s comparable to rival offerings from Vancouver-based Cetn and RealPage in that respect, but investors like Susa Ventures’ Chad Buyers assert that innovations like NaborlyShield set it apart from the pack.

“Naborly is reimagining the relationship between landlords and tenants by leveraging the power of technology and data. We see a world where Naborly is the glue for the rental industry, improving the lives of tenants while providing landlords better data and financial security,” said Buyers. “We are thrilled to be working with Dylan and his team at Naborly to build a next-generation financial services firm focused on the rental industry.” 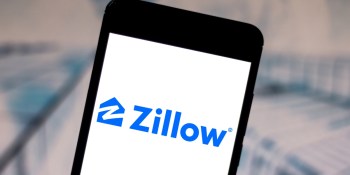 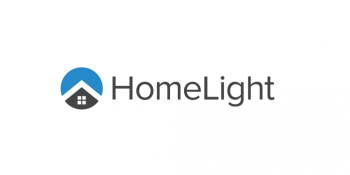 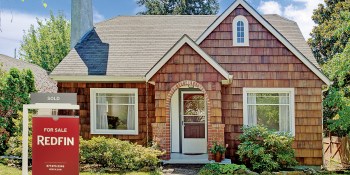 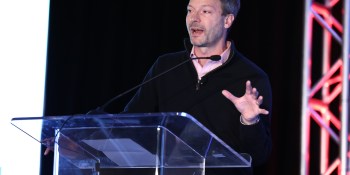