Apple’s iOS operating system has increased its included collection of apps over the years, growing from 17 in 2007 to just under 40 in 2019 — all while guaranteeing that everything included is the iPhone’s or iPad’s “default” app for its own functionality. Now Apple is set to loosen the latter restriction, Bloomberg reports, as the voice assistant Siri will be able to open certain third-party apps by default, starting with messaging and phone apps.

Currently, asking Siri to send a message or make a call will lead the digital assistant to automatically use Apple’s Messages or Phone apps, rather than allowing for the possibility that users might prefer third-party apps such as WhatsApp or Skype. An upcoming iOS software update will change that behavior, letting Siri steer requests to third-party apps — starting with messaging and later expanding to phone apps — based on past user interactions with contacts. After the update, Siri will automatically use WhatsApp to respond to a contact who uses WhatsApp for communications.

Much like the hooks third-party developers have needed to add to enable Siri Shortcuts support in their apps, the feature will require developer support, which could take some time. However, major developers such as Facebook, Google, and Microsoft will likely want to update their apps quickly to take advantage of the feature.

It’s unclear at this point whether Apple will subsequently allow third-party apps to become iOS defaults for other purposes, such as photos, mail, and calendar functionality, all of which might benefit users of Google’s or Microsoft’s services. Unlike macOS, where users can select their own mail or photo apps to use instead of Apple’s, iOS only begrudgingly enabled users to delete Apple’s core apps in recent years, but it doesn’t allow third-party apps to become system-wide default replacements.

That default status has given Apple’s apps an edge over third parties, Bloomberg notes, particularly as Apple has more than doubled the number of preinstalled apps on iPhones and iPads. While early apps were originally suggested as core to the iOS experience, more recent ones — Reminders, Podcasts, Voice Memos, and Home — are less so. A panel from the U.S. House of Representatives is currently investigating Apple’s use of default apps to control or stifle potential competition.

iOS is expected to receive a developer beta of version 13.2 today, potentially including initial support for the Siri/third-party default feature. The beta will be headlined by a new Deep Fusion camera feature for iPhone 11 models that was left out of September’s iOS 13.0 and 13.1 releases. 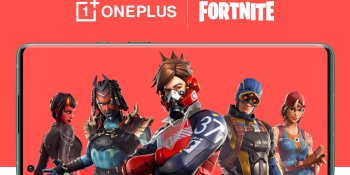