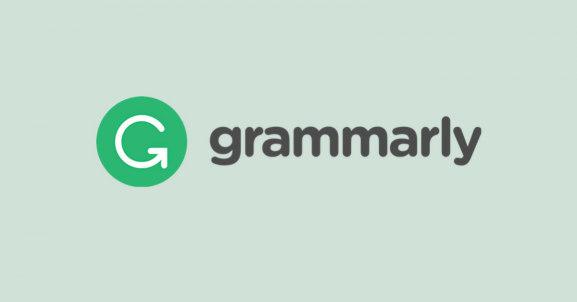 Grammarly, the Kyiv, San Francisco, Vancouver, and New York startup behind the eponymous cross-platform grammar- and spell-checking platform, today revealed that it’s secured $90 million in its second-ever funding round, led by General Catalyst, with participation from IVP as well as undisclosed existing and new investors. CEO Brad Hoover said the fresh capital, which brings Grammarly’s total raised to date to roughly $200 million following a $110 million raise in May 2017, will be used to advance its technology to build a full-fledged communications assistant. He also said it’ll enable Grammarly to expand the size of its workforce globally, which now numbers north of 200 employees.

“Communication is a fundamental human need that helps us all connect and thrive,” said Hoover. “But effective communication requires talent and time, and it can be very challenging. Grammarly’s AI fills this gap by empowering people worldwide — both native and non-native English writers, for personal, professional, and academic reasons — to communicate clearly and effectively.”

General Catalyst managing director Hemant Taneja added, “We first invested in Grammarly to help them evolve into a platform that could improve written communication everywhere it happens. The company’s ability to attract the talent needed to grow that platform continues to impress us, and today we’re excited to increase our investment to achieve their worthy mission.”

Grammarly — the brainchild of Kyiv, Ukraine-based developers Alex Shevchenko, Max Lytvyn, and Dmytro Lider — was founded in 2009 as Sentenceworks shortly after the sale of Lytvyn and Shevchenko’s plagiarism-checking MyDropBox to educational services company Blackboard. One of its first products was a barebones WYSIWYG editor into which users could paste text, which evolved into a web app that provided itemized lists of spelling and syntax suggestions.

By 2011, Grammarly, which early on tailored its technology to educational institutions, counted 300,000 students as registered users and more than 250 universities as customers. In the next year, it was reportedly pulling in $10 million in revenue annually. By 2013, Grammarly achieved 2,326% revenue growth from 2009, with over 3 million registered users. In 2015, Grammarly hit 1 million daily active users. At time of its first funding round in May 2017, this figure was at 6.9 million — and tripled by this year, now at more than 20 million.

Sometime in 2012, Grammarly pivoted away from academic segments to the broader consumer market, which it pursued with gusto. It rolled out an $11.99 per month subscription plan with an annual tier and a seven-day trial, and it began marketing heavily on social channels like Facebook, Twitter, and YouTube. (Last year, Grammarly’s “Enhance Your Writing” ad topped YouTube’s TrueView for Action leaderboard, which took into account the spot’s total reach, clicks, and engagement.)

Grammarly in 2014 launched plugins for Microsoft Office that integrated its grammar checker directly with Outlook and Word, and in 2015, it launched the Grammarly browser extension for Chrome and Safari. A Firefox extension followed shortly afterward, as did an add-on for Google Docs and the message- and email-scanning Grammarly Keyboard for iOS and Android.

Grammarly’s suite of clients is free, but some core features — including style recommendations, plagiarism detection, and a subset of over 400-plus language checks — are gated behind the aforementioned paywall.

Today, Grammarly offers its entry-level Grammarly Premium service for $30 a month (or $140 a year), while the enterprise-oriented Grammarly Business tier starts at $15 per user per month. Both add style and vocabulary recommendations across all platforms, as well as a tone detector that can identify subtle contextual clues conveying a range of tempers. Currently in beta for all Grammarly users, the tone detector attempts to suss out the sentiment of any email, document, or blog post at least 120 characters in length. Recognized tones include “friendly,” “joyful,” “aggressive,” “annoyed,” and “excited,” among 35 others.