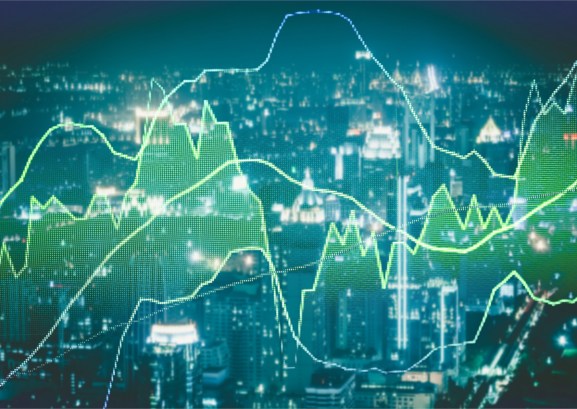 In a report roughly two years ago, The Information revealed that Pensando Systems, formed by top former Cisco executives Mario Mazzola, Prem Jain, Luca Cafiero, and Soni Jiandani, was developing a new kind of chip for networking and storage. The rumored impetus was their reassignment by incoming Cisco CEO Chuck Robbins, ending an arrangement in which the four had reported to Cisco executive chair John Chambers.

As it turns out, their departure from the tech giant may have been the best decision any of them could’ve made. Pensando Systems this morning emerged from stealth with up to $145 million in series C funding led by Hewlett Packard Enterprise and Lightspeed Venture Partners, bringing its total raised to date to a whopping $278 million after an earlier founder-led series A round of $71 million and series B round of $62 million. (It’s targeting a post-money valuation of $645 million.) Coinciding with this latest capital influx, Pensando has launched its flagship end-to-end edge software-defined services platform, which it describes as a holistic solution for cloud, compute, networking, storage, and security offerings.

Pensando CEO Jain said the fresh capital will bolster the company’s engineering, operations, and go-to-market efforts, following two years during which it nabbed the business of brands like Oracle, Goldman Sachs (which has also invested), Equinix, NetApp, and “multiple” Fortune 500 customers. A freshly expanded board of directors will guide long-term growth of the company, which now counts on its board HPE chief technology officer Mark Potter, Lightspeed Venture Partners’ Barry Eggers, and Chambers (who leads as chair).

“Advances in emerging technologies, such as 5G, IoT, and AI, are accelerating data growth and changing not just how we consume data but where we consume it. Computing is migrating to where the data is,” said Jain. “New deployment models driven by this shift are no longer just about moving workloads to the cloud but moving … services closer to data, regardless of where it resides. This tectonic change is breaking existing infrastructure and requires an entirely new, future-proof architecture designed for the next generation of the cloud. Pensando is the answer: We are democratizing the cloud with the first software-defined, edge-accelerated, always secure and visible platform that will run in any environment.”

By way of background, Jain, a U.C. Davis graduate, joined Cisco in 1993 as director of engineering — alongside Mazzola, Cafiero, and Jiandani — when Cisco acquired Crescendo Communications. Nearly two decades later, Cisco made a $135 million investment in a software-defined networking startup cofounded by Jain, Mazzola, and Cafiero — Insieme Networks — and shortly after acquired the company for $863 million.

Pensando’s core competency is similarly software-defined networking, albeit with an edge-accelerated compute bent. Its programmable custom-designed processor is optimized to execute software stacks delivering cloud, compute, networking, storage, and security services where data is located, managed via either a first- or third-party centralized policy and services controller. It’s always on, with enterprise-grade security and end-to-end telemetry across the infrastructure, and Pensando claims it uses an estimated one-third the power of existing solutions.

Pensando’s hardware lineup comprises the Naples 100 and Naples 25: distributed services cards (DSC) delivering services that scale linearly and minimize latency and jitter by freeing up general-purpose processor cycles. They operate at 100G wire-speed without loss of performance at 100Gbps, with encryption and hardware isolation capabilities and P4 programmability supporting the development and delivery of new protocols. And they’re compatible with virtualized or bare-metal servers, as well as containerized workloads and Pensando’s Venice, which handles lifecycle management — such as deploying in-service software upgrades to Naples nodes and delivering always-on telemetry, deep end-to-end observability, and operational simplicity across the environment.

Pensando says its hardware and complementary software solution offer a platform-agnostic alternative to Nitro, Amazon Web Services’ custom architecture that offloads networking, storage, and management tasks from servers to dedicated silicon. (Nitro drew on work from semiconductor company Annapurna, which Amazon acquired in 2015.) Cloud providers can expect a 5-9 times improvement in “productivity, performance, and scale” compared with current architectures and scalability up to 1 billion encrypted and terminated internet of things, says CFO Randy Pond, plus the ancillary benefits of a fully distributed firewall and automated load balancing.

“Ongoing participation from early-stage strategic investors and customers is a valuable performance metric for any growing business,” he added. “I’m very pleased that this round also brought us two great new customer investors and a leading VC firm in HPE, Equinix, and Lightspeed Venture Partners. We are now extremely well-positioned to ramp our end-to-end operations, engineering, and go-to-market activities for the next generation of the cloud.”

The idea of decoupling datacenter and network equipment from their control mechanisms with solutions from Pensando, Aryaka, and others is a universally attractive one. Their ease of use and modularity is one reason research firm Gartner predicts that by 2020 over 30% of companies will use software-defined technologies in their branches and analysts at IDC anticipate the market will reach $4.5 billion in 2022.

“The team behind Pensando has worked together for more than 25 years and have an unmatched track record of disruptive innovation,” said Chambers. “We are enabling a broad range of ecosystem partners and customers, including cloud, enterprises, SPs, and technology companies, to deploy cloud architectures that give them the ability to compete in the next big market transition as the world goes multi-cloud. Put together, it’s no wonder that Pensando is coming out of the gate with a marquis list of investors, partners, and customers. This team is an execution machine that has never missed.”