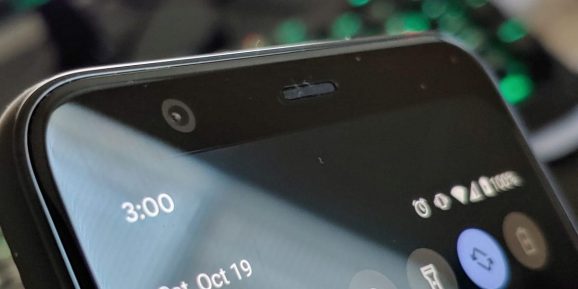 Google is introducing an update to its Google Fi mobile network service that will allow Pixel 4 users to connect to two LTE networks at the same time, enabling them to access the fastest network at any given time without delay.

The internet giant unveiled its new Pixel 4 smartphone lineup earlier this month, and when the reviews came out yesterday it was confirmed that the devices support dual SIM dual standby (DSDS), meaning that the physical SIM and eSIM can work simultaneously. Previous Pixel devices with dual-SIM support required the user to manually switch between the two services, meaning that only one could be in operation at any given time. However, with Android 10, which started rolling out last month, DSDS support was ushered into the mix for Pixel 3A handsets, so it wasn’t entirely surprising to see DSDS made available for Pixel 4 phones.

In an effort to make upgrading to the Pixel 4 more appealing, however, Google will initially activate “dual connect” functionality specifically for that device on Google Fi, the company’s own mobile virtual network operator (MVNO) service that launched back in 2015.

Google Fi, for the uninitiated, automatically switches the user between Wi-Fi and the cellular networks of Sprint, T-Mobile, and U.S. Cellular to optimize a user’s reception and internet coverage depending on where they are. But given that the phone needs to reconfigure itself to a new network with each switch it makes, this can cause a short delay — not ideal if you’re in the middle of watching Game of Thrones. And that is where the new dual connect functionality will come into play, as it effectively means that the phone can be connected to two LTE networks simultaneously. In real terms, this means that if Google Fi changes to a faster network mid-stream, the user won’t notice.

“While one network is used at a time for sending data or making phone calls, dual connect technology improves your connection by keeping both networks ready for use at a moment’s notice, and allows for more frequent network switching,” noted Google Fi product manager Dan Chak. “This means that if you’re watching a video and Fi switches you to a better network, you won’t experience any delays or pauses — you won’t even notice.”

It’s worth noting here that eSIM technology is still fairly limited in terms of carrier support in the U.S. Apple introduced eSIM support to its iPhones last year, and now claims support from 4 domestic carriers —  AT&T, T-Mobile, Verizon, and Truphone. Google Fi, however, remains the only carrier to support eSIM on Android in the U.S., and even then it’s really just a handful of Pixel phones.

Google said that the new dual connect technology will be rolling out to Google Fi subscribers in the coming weeks. And although it will be limited to Pixel 4 devices at first, the company said that other eSIM handsets on the Designed for Fi program (Pixel devices, basically) will get this feature in the future.