Intel CEO Bob Swan said in an analyst call that the company is on target to return to a schedule of major manufacturing upgrades every 2 to 2.5 years.

Intel took longer than usual to move from 14-nanometer manufacturing to 10-nanometer circuitry, causing a disruption to the company’s improvement in cost efficiency and making it vulnerable to competition from rival Advanced Micro Devices, which uses contract chip manufacturers such as GlobalFoundries and TSMC.

This is important because most Moore’s Law (named after a famous prediction by Intel chair emeritus Gordon Moore in the 1960s) improvements over the past half century have been contingent on moving to smaller and smaller widths between the circuitry. A 10-nanometer chip has 10 nanometers (or 10 billionth of a meter) between the circuits, with billions of transistors (with each transistor made of multiple circuits) on a single piece of silicon. 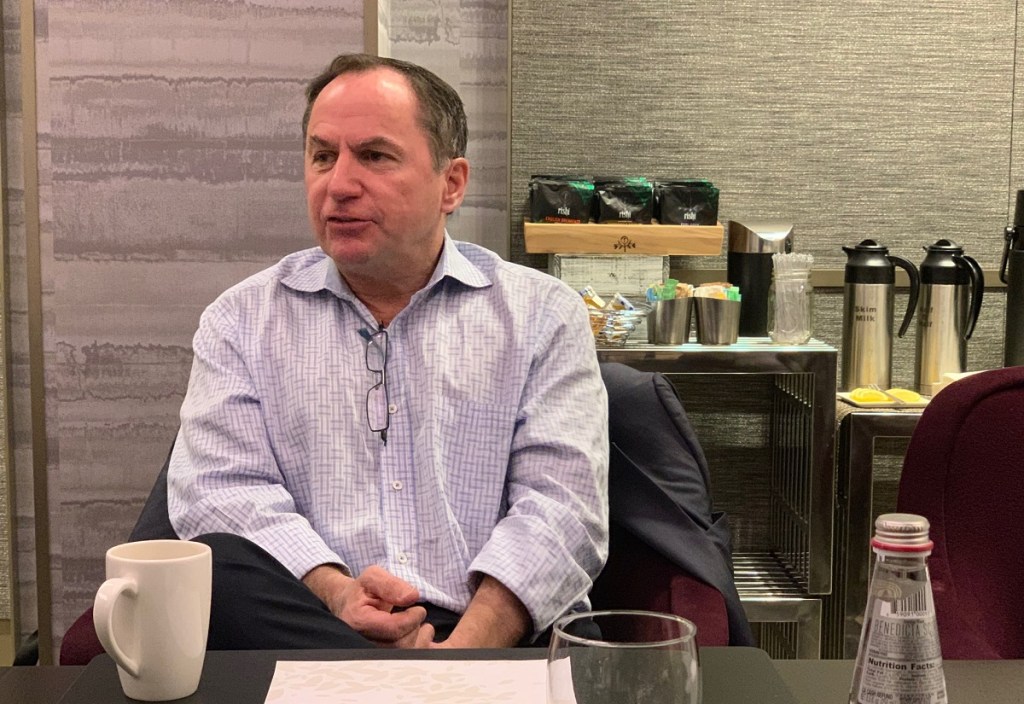 When Intel and others move to a smaller circuit length, everything gets better. The chip becomes smaller, the circuits operate faster, and the cost of the same chip goes down. Chip designers can also pack more circuitry onto a same-sized chip. So Intel’s delay in moving to 10-nanometer chips has been a major hiccup for the industry.

“As we discussed at the May investor meeting, we are accelerating the pace of process node introductions and moving back to a 2 to 2.5 year cadence,” Swan said in prepared remarks during the analyst call on Thursday. “Our process technology and design engineering teams are working closely to ease process design complexity and balance schedule, performance, power, and cost. We are on track to launch our first 7-nanometer-based product — a datacenter-focused discrete GPU — in 2021, two years after the launch of 10 nanometer. We are also well down the engineering path on 5 nanometer.”

Swan said that in 2020 the company will still be trying to catch up to meet demand from customers, since the slow transition to 10-nanometer has created a shortage of chips.

“We feel great about the quarter,” Swan said.

The graphics processing unit (GPU) that’s coming in 2021 will signal a major expansion for the company as it challenges both AMD and Nvidia in the graphics chip business. Asked about competition, Swan said, “It’s a more competitive world, and we just raised our revenue projection for the year by $1.5 billion.”

Swan said that about $200 million in revenue in the data-centric business was due to trade pull-ins. This means some customers are very worried about pending tariffs on Chinese technology that could take effect in the fourth quarter and are buying chips now in anticipation.

This could be bad if it causes a crater in demand in the fourth quarter. But $200 million is a relatively small part of overall revenues for Intel.

“Our focus and energy right now is on scaling 10 nanometer production,” Swan said.