Having made little white earphones ubiquitous during the iPod era, Apple nevertheless surprised everyone with the success of its truly wireless AirPods. After a year and a half of rumors, followed by a partial leak of the hardware, there’s officially a third version, AirPods Pro, which is moving the company’s ear wearable category forward — both in features and in pricing.

Unlike the first two generations of AirPods, which used a fairly standard “earbud” design that sat outside the user’s ear canals, AirPods Pro is halfway between its predecessors and Apple’s less well-known wired canalphones, the In-Ear Headphones with Remote and Mic. For that reason, Apple refers to AirPods Pro as an “in-ear design,” now including sweat- and water-resistance to an IPX4 standard. That’s enough for non-water sports and exercise.

The new model preserves AirPods’ wireless functionality with charging tips on the bases of their stems, but includes silicone rubber tips that go into your ears to provide noise isolation. Users get three different sizes of tips that can be fit to their ears, and Apple says it’s using an “innovative vent system to equalize pressure, minimizing the discomfort common in other in-ear designs.” 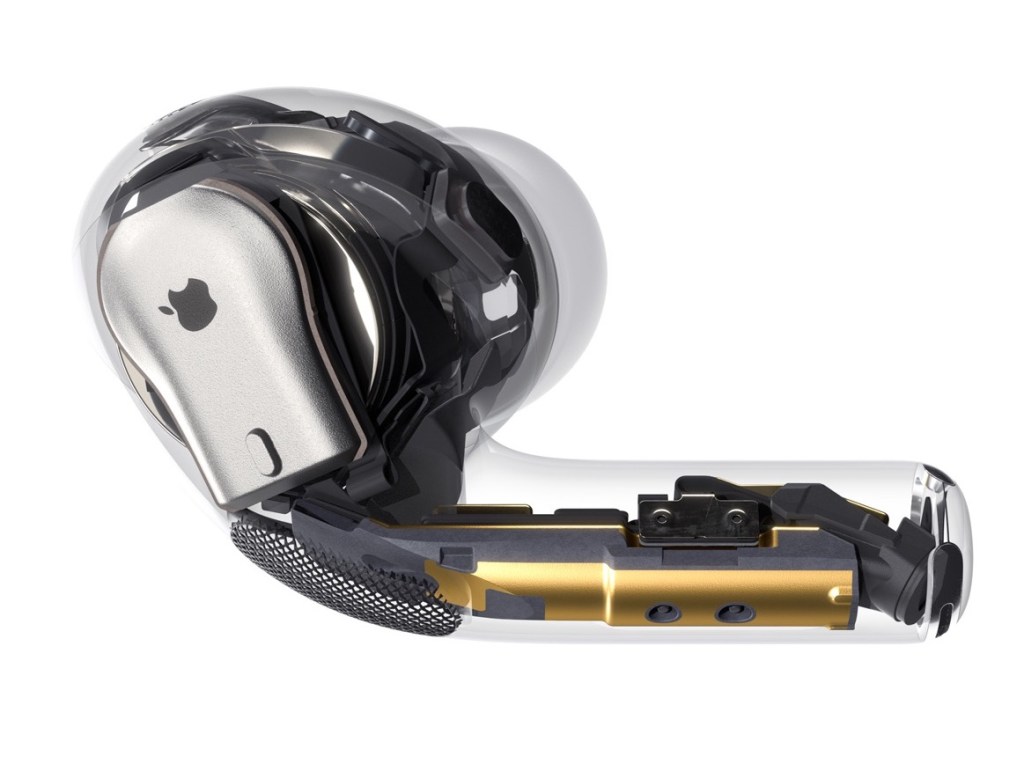 In addition to those features, Apple has tweaked the AirPods Pro internals from the latest AirPods. There’s now a force sensor inside to detect strong press toggles between ANC and transparency modes, plus an audio driver with “superior sound quality” that automatically adjusts to the wearer’s ear shape. Apple claims that the driver offers “detailed mid- and high-frequency audio” while also delivering “consistent, rich bass down to 20Hz.”

While Apple is still using an H1 chip in AirPods Pro, it’s unclear how microphone performance for calling will compare with the prior model. The new design uses dual mics for ambient noise sampling, and if Apple’s software is up to snuff, AirPods Pro will hopefully be able to properly isolate the user’s voice from the environment.

Battery life is surprisingly not as impacted by the active noise cancellation feature as one might expect. AirPods Pro promises the same five-hour battery life per charge as the latest AirPods without ANC, or four and a half hours with ANC. The included charging case adds “over 24 hours of listening time or over 18 hours of talk time,” while featuring the same inductive Qi wireless charging support. 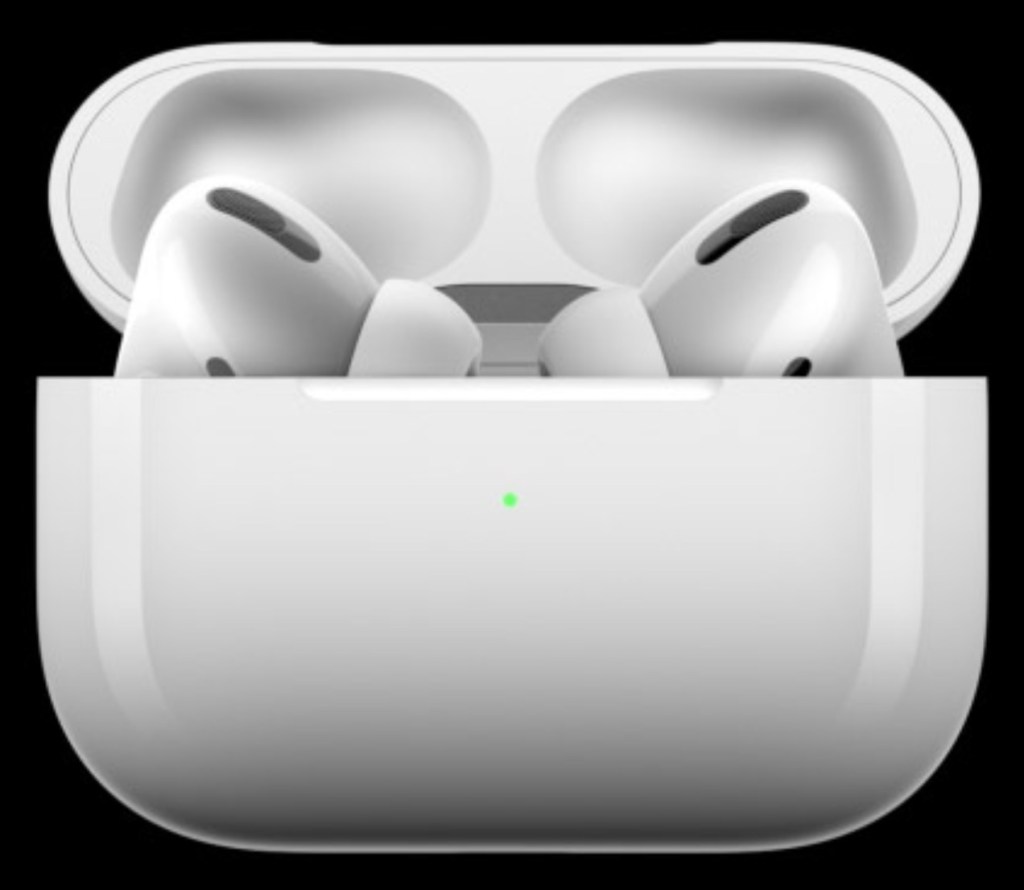 Changes to the shape and slant of the stems have resulted in a redesign of the prior AirPods charging case for the Pro model. What used to be almost indistinguishable from a package of dental floss is now noticeably wider and shorter. Like the AirPods Pro, the case is only available in glossy white, contradicting pre-announcement rumors that Apple would be color-matching the iPhone 11 Pro with four different options.