Over the past decade, smartphones may have become the primary computing devices for most users, but they haven’t replaced the need for laptop or desktop computers — at least, for certain critical purposes, such as content creation. Tablets have instead emerged as the heir apparent to laptops, but that transition has been happening slowly enough that it doesn’t feel like a sea change, even though it’s in progress.

Apple was the first company to get the tablet form factor right, but Microsoft subsequently did a better job of transitioning users from laptops to tablets with its Surface products, which more thoughtfully let people choose from PC- and mobile-class apps. Mac users have spent nine long years waiting for an iPad that could fully supplant a MacBook, and as of six months ago, even the latest and greatest iPad keyboard cases couldn’t bridge the gap.

The story has changed since then. Thanks to last month’s release of iPadOS 13 and macOS Catalina, the lines dividing Apple’s tablet and laptop platforms are now blurrier than ever before, and it’s my strong belief that the iPad is only a single major OS release away from being a viable laptop replacement. It’s really only a question of whether Apple will actually pull the trigger next year with iOS 14, or kick the can down the road again as it has done in the past, but there’s reason to be optimistic. 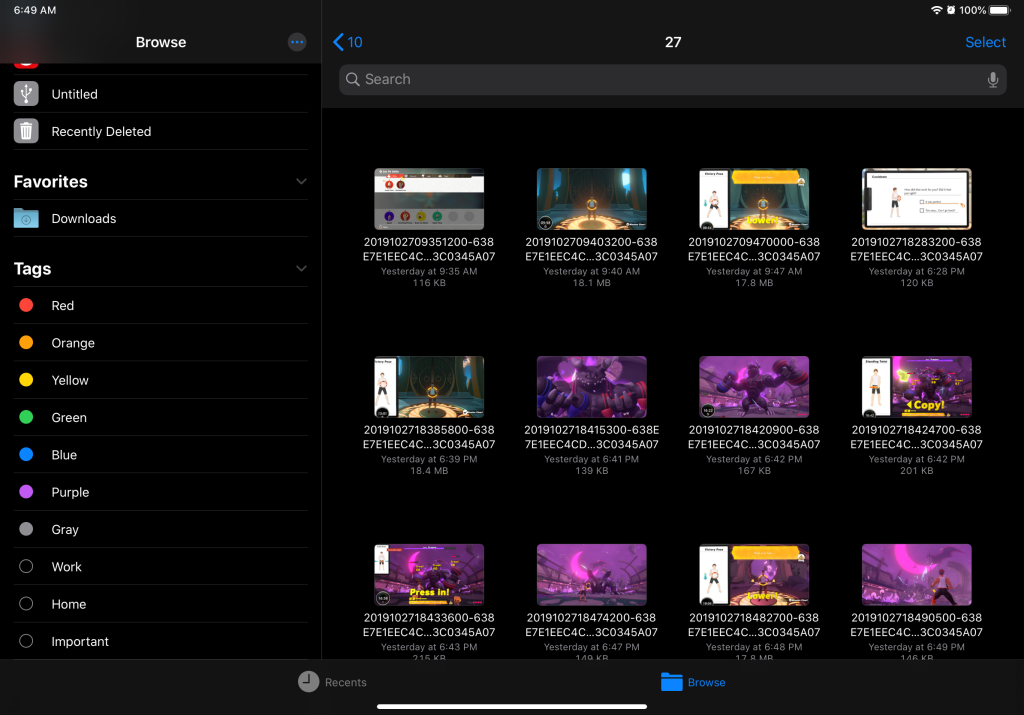 As of iOS 13, iPads now natively support external storage, including flash drives, card readers, and external hard drives, which can be accessed using the Files app. While iPads have been able to pull (some) photos and videos off of SD cards using accessories for years, Apple has opened the door to such a wide array of storage devices that you can now plug* a Mac-formatted hard disk or PC-ready flash drive into the iPad and move content back and forth.

The Files app provides access to the full directory structure of an attached device, so you’re not limited to just grabbing photos from a DCIM folder as per Apple’s prior Photos app importing mechanism; you can dive into any folder or subfolder you want, and even access files in formats iPadOS can’t natively read. There’s still plenty of work to be done before Files is a viable macOS Finder alternative, but file system support goes a long way to freeing iPads from feeling like high-walled gardens. 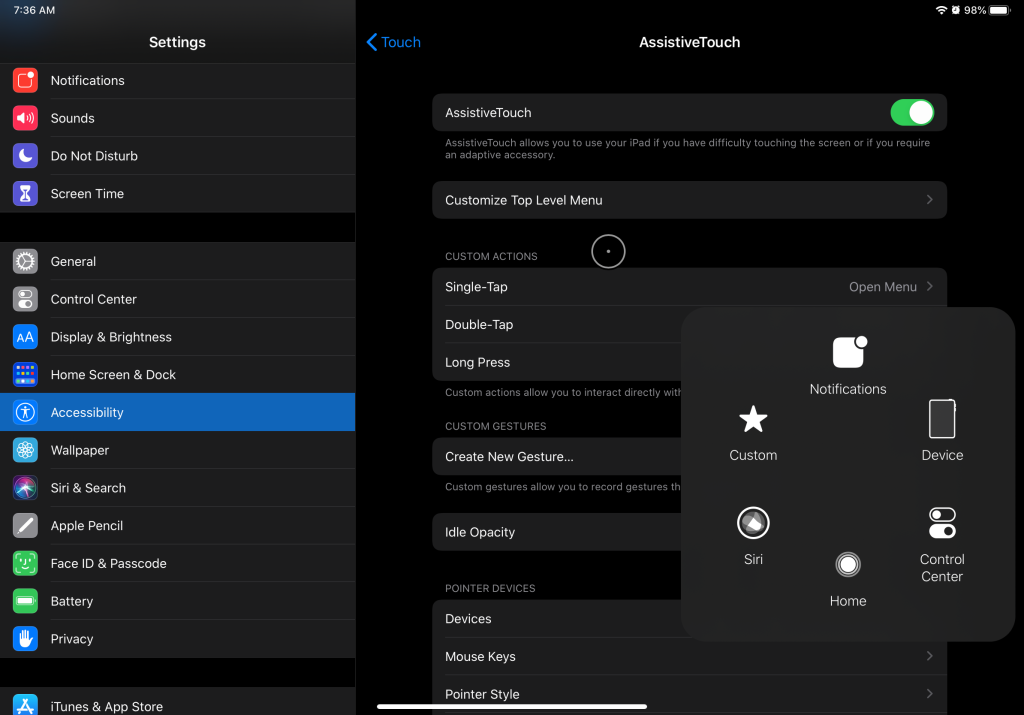 Apple deliberately buried — but did include — another potentially huge gap-bridging feature in iPadOS 13: preliminary support for mouse and trackpad accessories. If you go into the Settings app’s Accessibility menu, choose Touch, then turn on AssistiveTouch, you can connect* a mouse or trackpad to the iPad and gain access to a circular cursor for selecting on-screen items. You can adjust the cursor’s speed of movement, though more robust macOS-style click and gesture tweaks are all but nonexistent.

There are other caveats — Apple’s own Magic Mouse and Magic Trackpad accessories “are not supported over Bluetooth” at this point, for instance — but if you really need to use a mouse with your iPad, now you can. It wouldn’t be hard at all for Apple to expand this feature from Accessibility-only to broader support in iOS 14, and some third-party developers are already crafting combined touchpad and keyboard accessories on the assumption this will happen next year. 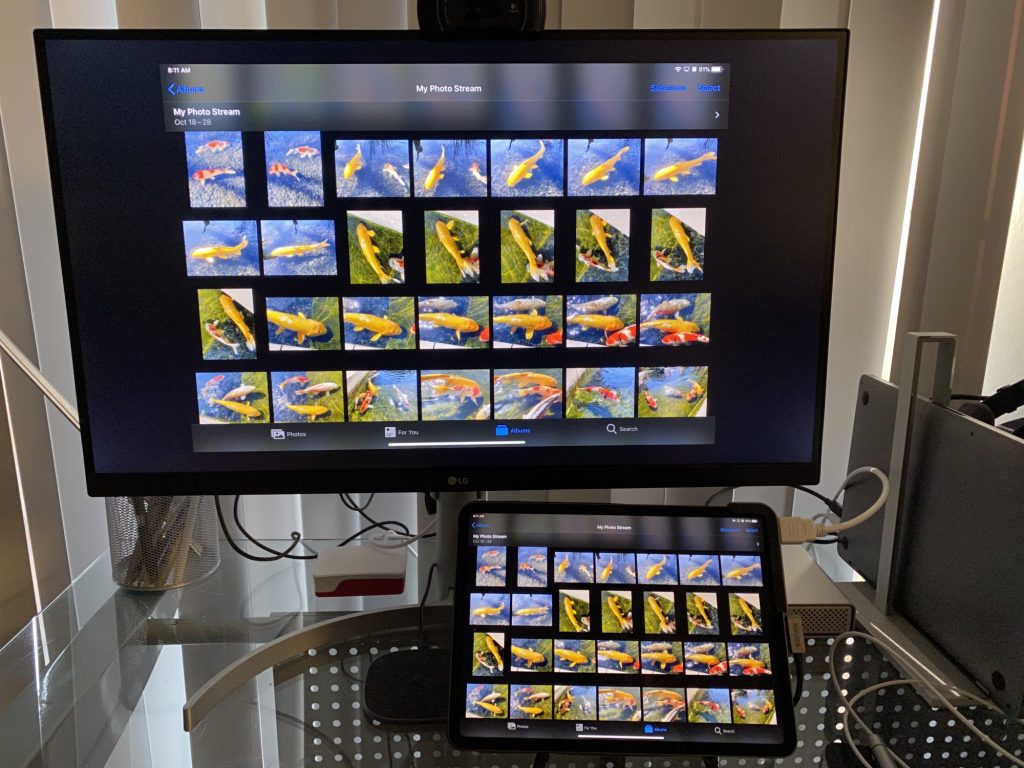 The asterisk-worthy hitch is making a physical, wired connection between the iPad and these peripherals. If you like Apple options, you can buy a $69 adapter with HDMI, USB-A, and USB-C ports to connect an iPad Pro to an external monitor or TVs. Unfortunately, most of the iPad’s output isn’t optimized for 16:9 or 4K monitors, so you’ll generally see the iPad UI in the heavily letterboxed form shown above; only certain videos will make better use of the external screen. 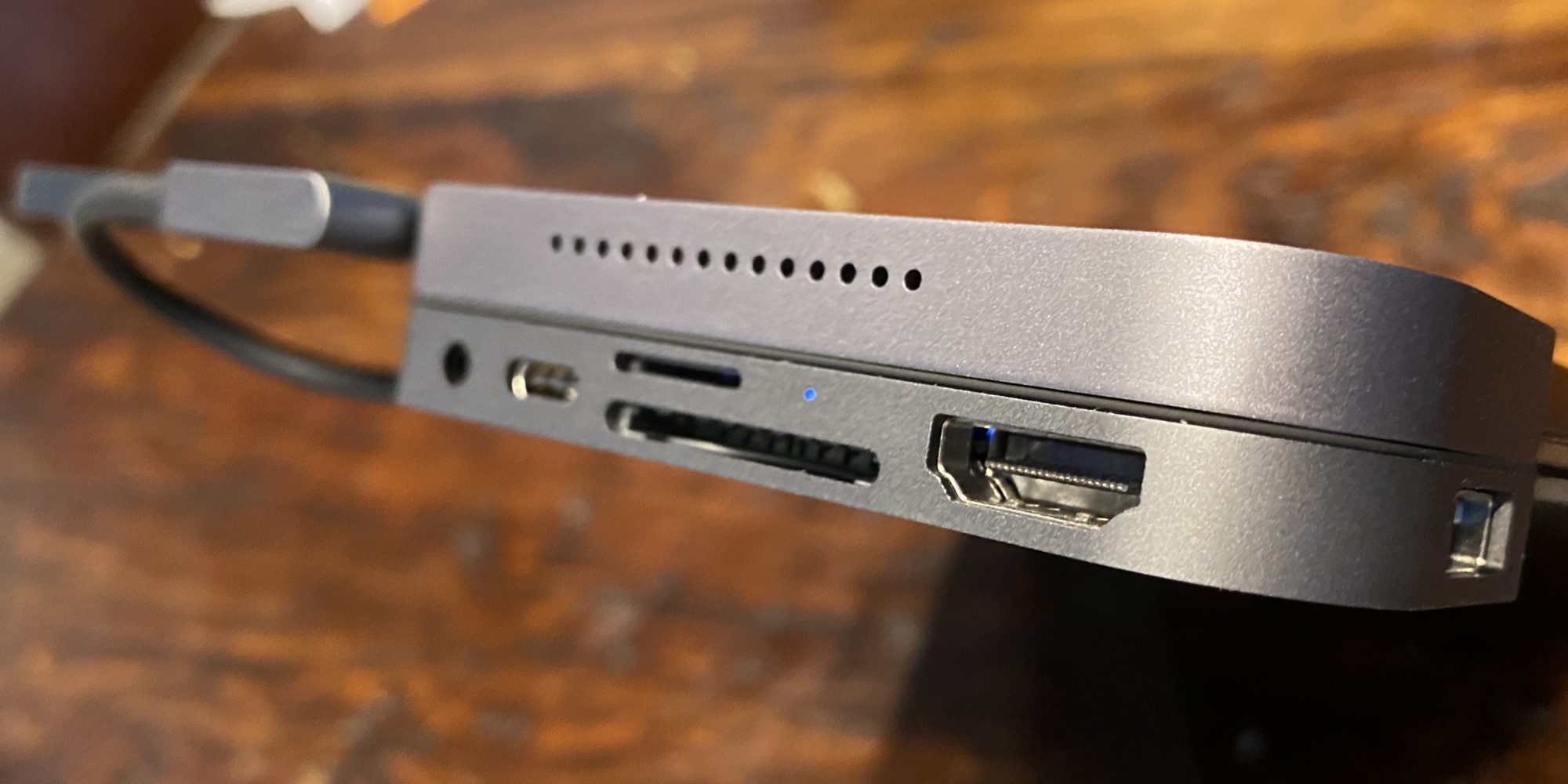 If you’re willing to spend $100, Kanex has released an iAdapt 6-in-1 Multiport USB-C Docking Station for the latest iPad Pros, adding an impressively robust collection of connectors in a convenient form factor. iAdapt includes microSD and SD card slots, a 3.5mm headphone port, and HDMI, USB-C, and USB-A ports within a hub that attaches to the iPad Pro’s corner. It’s a really nice match for the space gray iPad Pro, and works exactly as you’d expect, transforming a tablet that ships with a single USB-C port into a viable photo/video importing, data synchronizing, and AV outputting machine, without requiring multiple Apple USB-C accessories.

Kanex has clearly tried its best — and better than Apple, which always lets its dongles dangle — to consider how various users might want to attach such an accessory to their tablets, providing the option to physically attach it or let it hang off the iPad’s USB-C port. To enable compatibility with 11- and 12.9-inch tablets, Kanex connects a cable to the iPad Pro, then includes a removable rubber spacer so you can use it with some cases, including Apple’s Smart and Smart Keyboard Folios. Other keyboard cases — such as Logitech’s Slim Folio Pro, shown below — are an uneasy fit unless you just let the accessory flop loose like a traditional USB hub. 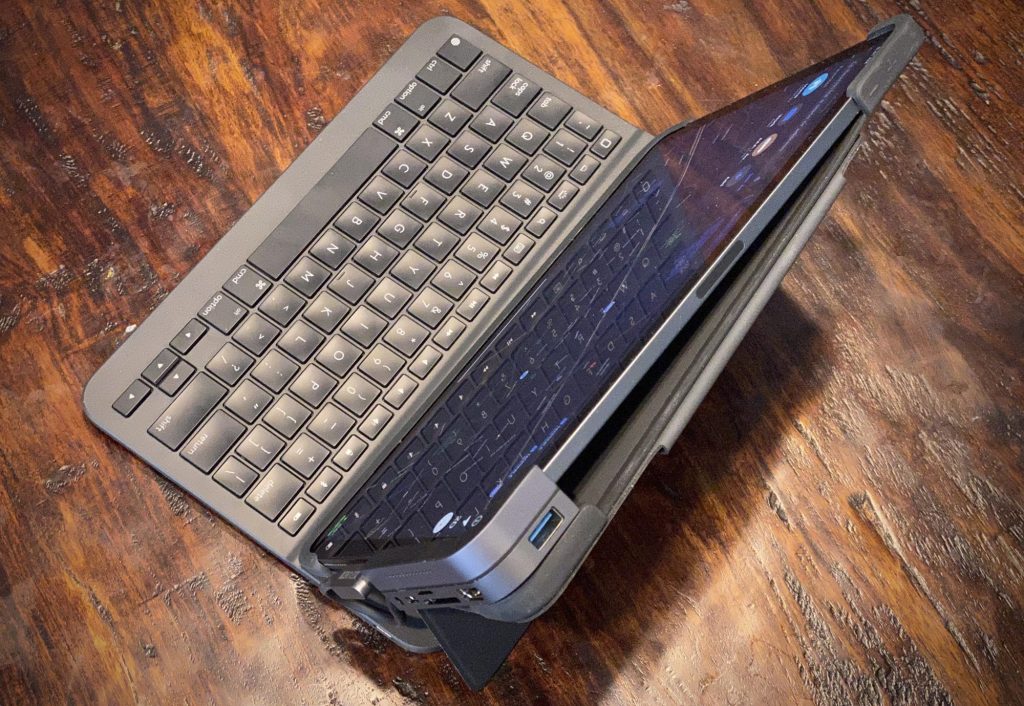 I love the convenience of carrying a single hub with every type of connector I might need and support for the two types of memory cards I use the most. It still stinks that such an accessory doesn’t just come in the iPad Pro box, and that good ones add another $100 to the tablet’s base price, but that’s just the way it goes with Apple devices.

The good news is that a year after the release of the third-generation iPad Pro, there’s actually reason to feel like Apple tablets are evolving into proper laptop alternatives. If you add up the cumulative changes above, you’ll note that we’re now at the stage where you can use either wired or wireless controllers, monitors, and storage devices with iPads, which is enough to make an Apple tablet almost as useful as a MacBook. Moreover, since 2018 iPad Pros rival midrange MacBook Pros in processing power, you’re not giving up premium laptop-class speeds to use an Apple tablet — something that can’t always be said about Microsoft’s Surface alternatives.

That said, the iPad’s key remaining problem is simple: iPadOS still isn’t a full laptop- or desktop-class operating system on par with macOS, and it still can’t run Mac apps. As we’ve seen recently, even when a company such as Adobe promises “real Photoshop” for iPads a year in advance, the result isn’t necessarily “full Photoshop” on a tablet; it’s a better-than-mobile, worse-than-desktop compromise. Surface users don’t have to deal with that tradeoff: If there’s a Windows version of an app, no matter what that app does, you can get a Surface tablet that runs it.

I’m optimistic that Apple will make further strides in 2020. Having split iPadOS off into its own release schedule and added Catalyst to encourage macOS developers to create shared iPad/Mac code bases, it’s quite likely that 2020 will be a good year for iPad users with Mac aspirations. We’ll have to see whether that just means more full-fledged Mac apps and Mac features on iPads (most likely) or a hybrid device with macOS and iPadOS support (less likely), but in either case, I’m expecting to do more real work on my iPad over the coming year than I’ve ever considered in the past.