AMD CEO Lisa Su said in a statement, “Our first full quarter of 7-nanometer Ryzen, Radeon and Epyc processor sales drove our highest quarterly revenue since 2005, our highest quarterly gross margin since 2012, and a significant increase in net income year-over-year. I am extremely pleased with our progress as we have the strongest product portfolio in our history, significant customer momentum, and a leadership product roadmap for 2020 and beyond.”

AMD revealed its Zen 2-based Epyc processors that Su said were the “world’s fastest x86 processors” in August, and those 7-nanometer chips are expected to be used in datacenter applications such as the Google Cloud Platform. Intel recently announced price cuts for its consumer and enterprise processors.

And to compete with Nvidia, AMD launched its 7-nanometer graphics processing units (GPUs) based on the Navi architecture. 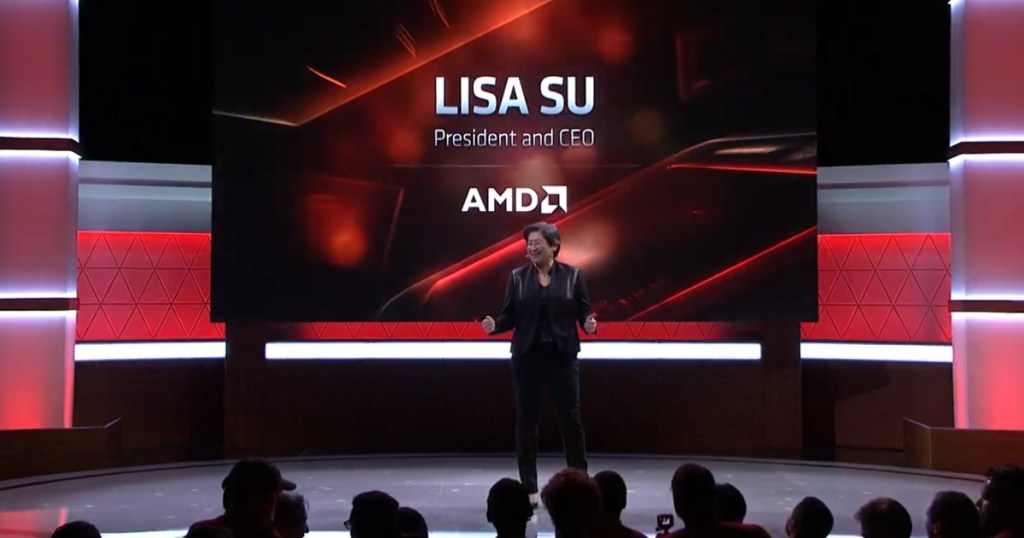 “AMD had a very solid Q3 with the highest quarterly revenue (since 2005) and gross margin (since 2012). AMD is thriving,” said Patrick Moorhead, an analyst at Moor Insights & Strategy. “These numbers were driven by the first full quarter for its new 7nm parts, including Ryzen, Radeon, and Epyc. Its PC group comprised of Ryzen processors and Radeon graphics led the charge with an eye-popping 36% growth. I believe Epyc sales grew over 50% sequentially, signaling to me that the big volume ramp has finally commenced. Interestingly enough, these numbers were offset by lower than expected semi-custom parts driven by lower demand for Xbox and PlayStation in anticipation for the new consoles.”

Enterprise, Embedded, and Semi-Custom segment revenue was $525 million, down 27% year-over-year and down 11% sequentially. That was due to lower semi-custom product revenue, partially offset by higher Epyc processor sales.