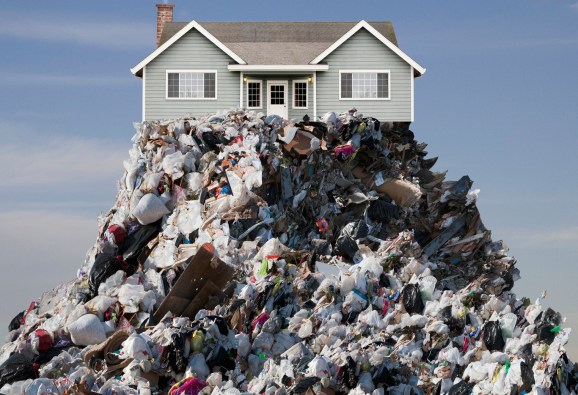 In days of old when I used to do things like judge advertising awards shows – just regional ones, mind you – I was amused at how often, in these markets, the Public Service categories were where my fellow judges would find their Best of Show candidates. As often as not, a giant-eyed puppy would find a forever-home in some Sterling-Hollowayesque-personify-the-dog voiceover sort of way, hearts would melt, and regional hardware would be awarded.

In ad shows in places like St. Louis, Louisville, Akron, South Bend, and Milwaukee, we would be encouraged again and again to prevent forest fires, help adorable but terminal kids, save any animal that was suitably photogenic from extinction, or donate money, or our organs, or better yet, both, to the Greater Good. And nearly every time, a clever and effective ad for, say, a bank or a fried chicken restaurant or a bottle of bourbon would go without Best of Show honors simply because my fellow judges would feel the Public Service ads were more righteous. Oh sure, I usually went along with them, but I often thought, “Is this representative of hard-working work we really do as an industry, or just the parts of our jobs we feel good about?”

And how many cute animals were we actually saving with our Best of Show winners, anyway? Is not our real job supposed to spur the consumerist engine that powers innovation and jobs and monopolies and unicorn-startups and fast cars and the general burning of things and the topping up of our landfills until everyone gets paid? When we do our jobs well, I thought, advertising sparks consumption. We incite consumers to action; we convince people to buy things. Things that need to be made, usually of materials that need to be mined, or molded and packaged from petrochemicals, shipped from laughable distances and replaced with the absolutely vital new version before the year is out. You know, America.

It’s since become horrifically obvious that we, the creative ad industry, are perhaps a very large part of a very large problem. All the ads in all the Public Service categories in all the books on the planet can’t make up for the real damage we help do to said planet when we’re really, really good at what we do.

So, is our profession just innately evil? A cog in the big capitalist machine that, in its current form will end our species in a few generations? What is the greater Greater Good? And can we do anything real to undo what we do? What does compelling creativity look like in a world ruled by something other than endless consumption and landfill filling?

Here’s a theory. I suspect our Public Service campaigns have always secretly been a kind of psychological Cap & Trade offset for the creative world – “maybe if I help this children’s hospital, I’ll feel better about my role in selling kids a sugar-frosted breakfast.” “If I promote this animal shelter, I’ll feel better about compelling people to eat this 99¢ cheeseburger.”

Maybe we can use this instinct in a more tangible way.

What if every time we have an authentic capitalistic success, one where we increase sales to the point where there are measurable environmental effects, we are required by… UN treaty, maybe, I’m making this up as I go … to do something that will net out for the positive? Just spitballing here, but what if, built into every media buy for giant monthly-delivery clothes boxes, cat toy boxes, or protein gummies boxes is a piggy-back media buy to suggest ways to offset this consumption?

Let’s say every shirt in that shirt-delivery box takes about 700 gallons of water to produce. (It does.) So to make up for that, you’d have to not take 41 showers, or better yet not wash it 23 times. Creating the ad that bookends the ad for the shirt box with the ad that tells you how to make up for it could be done by the same agency, doubling the hours, making the whole process a lot more profitable and making everyone feel less guilty about the whole endeavor. Even better, creating a product (and its ads) that washes a shirt 23 times without the water? Even better. Even more billable hours.

That indeed could be a public service.

Speaking of creating new companies to create new products for us to create award-winning ads for, think about this:

The company that successfully desalinates great reserves of seawater will own the century. Probably will end a few wars as well. Imagine the ads. Imagine the awards.

The company that figures out how to truly recycle the myriad types of plastic into something useful or sellable without shipping it all out of town and getting it dumped into the sea will also likely do very well. Award-winning.

The company that helps the honeybees survive climate shock and the ads that help it succeed should win everything. Public Service Best of Show.

Honeybees? Oh, I think about the bees all the time. Because for all the sales goals we meet and the awards we’ll win for spurring consumerism or getting puppies adopted, if the climate changes just enough to kill off the bees, we’re all pretty much going to starve to death.

Our ad awards, however, will last for centuries.

Scott Montgomery is Principle at creative firm Bradley and Montgomery.