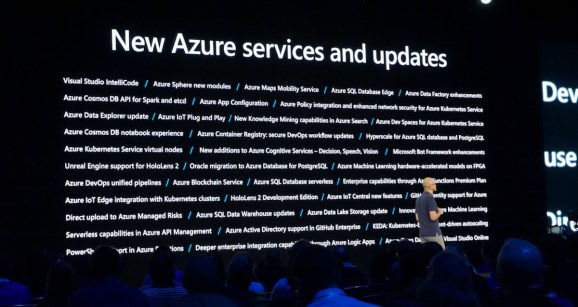 Azure Cognitive Search has a simple mission: “Use AI to solve business problems.”

It is designed to help companies more easily search their own structured and unstructured data and is powered by vision, language, and speech APIs. Today’s news includes APIs for data connectors to Azure Data Lake Store, MongoDB, and Cassandra, new built-in translation and power skills, and availability in more regions (although Microsoft did not say what those regions are).

There’s also now support for Hindi and Arabic in Language Understanding — a tool that lets you add natural language understanding to apps, bots, and IoT devices and operates on the edge, on premises, or in the cloud via containers.

The rest of the Cognitive Services updates — in Speech, Text Analytics, Vision, and security — are all launching in preview.