Counterfeiting isn’t a new problem, but it’s a growing one. The global market for fake goods is estimated to exceed $1.2 trillion. Counterfeits take roughly $300 billion worth of revenue away from brands that have to compete with them. In worse news still, roughly two out of every five products purchased online was counterfeit, according to the U.S. Government of Accountability Office.

Perhaps it’s unsurprising that fraud prevention and phishing detection startup RedMarlin recently secured capital from an investor cohort. The Los Altos-based company this morning announced that it has raised $10 million in series A funding co-led by Thomvest Ventures and Crosslink Capital, with participation from Cyber Mentor Fund, Nexxus Venture Partners, and Rain Capital. CEO Abhishek Dubey said the new funds will be used to grow RedMarlin’s engineering and sales teams while furthering its go-to-market strategy.

The funding comes after a year in which RedMarlin’s revenue grew tenfold.

“In today’s digital marketplace, phishing and fraud are [paramount] security issues to brands. By providing an effective, accurate, and robust automated system, we are already helping companies in the finance, travel, transport, social media, and SaaS sectors grow more confidently and have a robust strategy in place to continue fueling growth into new sectors,” said Dubey, who cofounded RedMarlin in 2017 with Shashi Prakash. 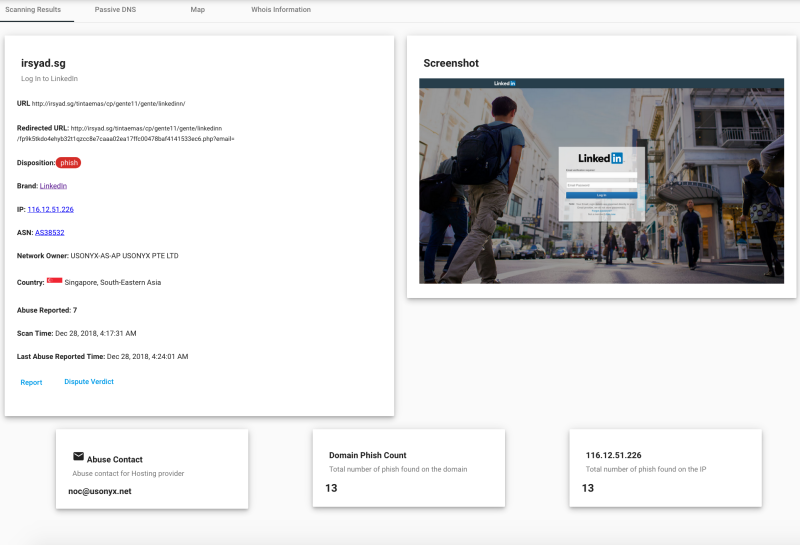 The natural language understanding and computer vision algorithms underlying RedMarlin’s platform learn from corpora containing millions of samples, RedMarlin says. They’re able to detect an instance of brand hijacking on a webpage, email, or social network in as little as milliseconds and can understand intent from text snippets alone. More impressive still, they automatically collect evidence such as screenshots, web host details, and web history while scaling via APIs from thousands to millions of queries per day.

RedMarlin’s platform alerts customers when it detects incriminating info regarding kit authors, stolen credentials, and more. And it sends takedown notifications and reports websites to blacklists autonomously, in partnership with global counterfeit and phishing registries.

The global anti-counterfeit technologies market is anticipated to be worth $104 billion by the end of 2024, and RedMarlin is far from the only startup gunning for a slice of it. One rival is Spain-based Red Points, which raised $38 million in April to further develop its tools to fight counterfeiting and piracy. Another is 3PM Marketplace Solutions, a Chicago-based company that’s worked with clients like HBO to spot counterfeit products.

But Crosslink Capital’s Matt Bigge has faith in RedMarlin’s ability to stand out.

“The deep experience of the RedMarlin team has helped them gain evangelical praise from early customers,” he said. “More so, the automation capabilities they’ve built, which solve critical customer challenges both in resources and productivity, have already proven to exceed anything available in this huge and underserved market.”