Google has announced a notable upgrade to CallJoy, the automated, cloud-based telephone customer service agent first debuted back in May.

CallJoy is the handiwork of Area 120, Google’s “experimental” off-shoot, so it’s not technically a full-fledged Google product yet. But the service is chargeable and available to all businesses across the U.S., so for all intents and purposes this really is an official Google SMB product.

Over the past four months, businesses that signed up to CallJoy for $39 per month (per location) were given a virtual phone number that is capable of blocking spam calls; providing basic business information such as opening hours; and serving up analytics, including call recordings with automated transcriptions of each call. The automated agent could also send the caller an SMS link to book an appointment or place an order.

The second version of CallJoy is potentially much more useful, as it allows businesses to program the agent to deal with some of the most common queries it receives. It all starts with an open-ended question: “How can I help you?”

“Since we launched CallJoy in May, we’ve talked to thousands of small business owners about their needs, [and] specifically how CallJoy could be more helpful to them,” CallJoy general manager Bob Summers said. “We took their feedback and put it into our product. Now, CallJoy gives them even more time savings, business insights, and control.”

When setting up CallJoy, businesses can set their customer service avatar and voice-type. 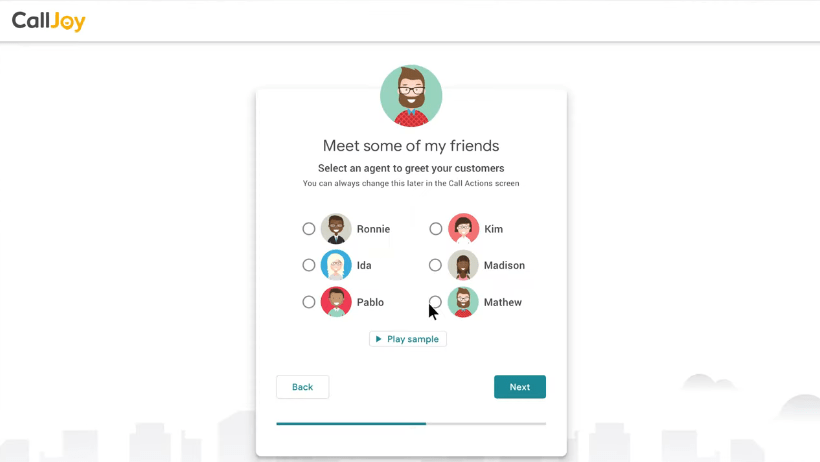 Given that CallJoy is linked to a Google Account, businesses are given the choice to automatically divulge their opening hours using the existing data attached to their online Google My Business profile. 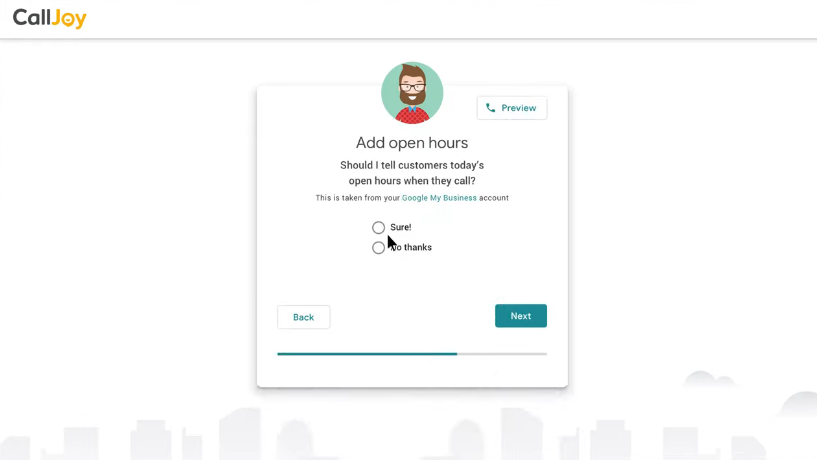 That is when the real customizations kick in. Businesses can enter the main questions they expect to be asked, such as “Do you allow dogs?” and then type in the response they wants the agent to use.

It’s also possible to route a call to a human being if the caller has a more complex enquiry. 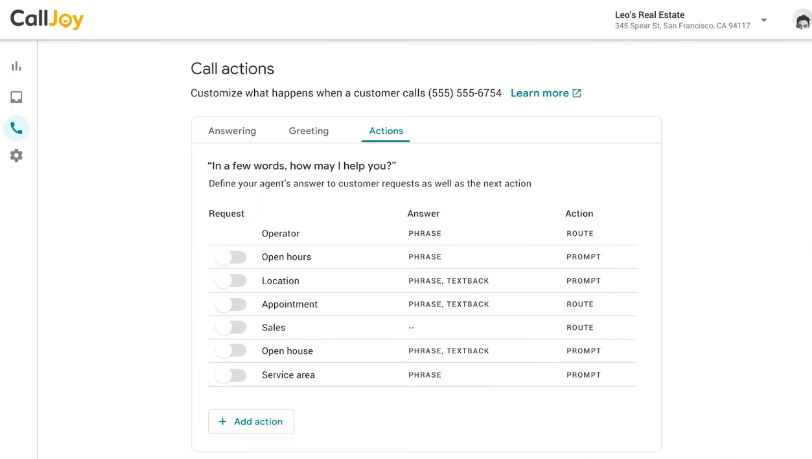 It’s worth noting that CallJoy is very much aimed at smaller businesses, perhaps those that lack the resources to deal with incoming calls in real time. But it can also be used to augment customer service staff, as the virtual agent can manage multiple calls at once and channel each one to the correct person based on the nature of the enquiry.

It also saves business owners having to trawl back through an arsenal of voice messages in the evenings or on weekends, and it can be configured so that the agent is only active after business hours or once a certain number of rings have elapsed. CallJoy can be tweaked and tailored to suit each business, and there is no real upper limit on the number of new “actions” that can be created.

“If you own or have ever worked in a small business, you know how stressful it can be to juggle day-to-day tasks while also managing the ever-ringing phone line,” Summers wrote in a blog post. “According to research we conducted, nearly half of calls to local businesses go unanswered. And when calls do get picked up, conversations are often rushed, and follow-up details get lost in a pile of sticky notes.”

As VentureBeat has previously written, Google’s voice strategy is increasingly ubiquitous and comprehensive. Aside from its Google Assistant-powered smart speakers, the company last year launched Duplex, an AI-powered conversational AI agent that can call up businesses and make bookings or buy things on the user’s behalf. So in effect, we could be heading toward a future where bots chat to other bots to save customers ever having a direct conversation with a customer service agent.