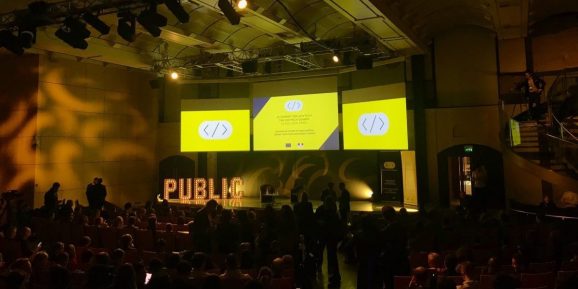 World leaders are gathering in Paris today to look at the benefits and challenges involved in reinventing government through digitization. As the host country, France offers some cause for optimism but also a few cautionary lessons.

A new report examining the country’s e-government efforts finds that while some progress has been made, advances are still woefully lacking compared to those in places like the U.K. and U.S. In lagging behind, France is missing a chance to not only experience big costs savings, but also to transform its relationship with citizens and help promising startups achieve scale.

“What’s at stake is government’s transformation and modernization,” said Axelle Lemaire, France’s former digital minister and now a partner at strategic consulting firm Roland Berger. “This is an area where Europe could be a leader.”

Produced by Public, a European incubator that seeks to foster ties between startups and governments, the report was released in conjunction with the GovTech Summit. The report was compiled in partnership with mobility startup Bird and strategic consulting firm Roland Berger.

The event features such speakers as the president of Estonia, which has become an international beacon for radical adoption of e-government services. It is now harnessing that digital prowess and international attention to build out its startup ecosystem.

Such efforts highlight the critical role government can play in catalyzing innovation, a subject that tends to make Silicon Valley wince. Even so, companies such as Oracle and Cisco Systems received critical boosts in their early days when the U.S. federal government was among their biggest customers.

In the report, the authors hold up the U.S. as a model, noting that the market for government technology services in the country has grown to $103 billion annually, pumping large sums into startups. The British government is also boosting e-government startups with $18 billion in spending.

This idea marks a starting point for France’s continued efforts: spending more of the public budget on startups. At the moment, the French government only spends 2% of its massive budget on contracts with private firms that are labeled “innovative.” Given that France has one of the largest public sectors in Europe, the potential to inject spending into startups is enormous.

However, France’s government remains complex, hard to navigate, and reluctant to take risks, the report finds. No doubt, such an analysis would be common to any number of governments.

Entrepreneurs needing to show results and growth to attract investors are hesitant to sink months or years into trying to win contracts for small pilot projects.

“I see a lot of startups, and I always ask if they work with the public sector,” Lemaire said. “And the answer is always no. I get a strong sense of missed opportunities on both sides.”

Where things do click, there are reasons for optimism. Paris-based Doctolib, a medical appointment booking platform with $266 million in venture capital, has cut the number of missed appointments by 8% in France. While the French national health system is the gold standard in terms of service, until recently patients generally booked appointments by calling their doctor directly and then paying by check before getting reimbursed by the national system.

OpenClassrooms, also based in Paris, has raised $70 million in venture capital and opened up new avenues for digital job training that circumnavigate the country’s famously rigid education system.

While the report goes on to list 50 promising government tech startups in France, it also spells about 15 recommendations for reforming the country’s approach to working with startups.

These include clearly defining which groups and agencies are responsible for digitizing government, setting a goal that 10% of government spending will flow to innovative companies by 2025, creating more flexibility in purchasing decisions by making contracts smaller and giving government employees more authority to make decisions, and launching investment funds and e-government accelerators and incubators.

Above all, it’s crucial to embrace digital transformation as a core policy. In such an environment, government adoption should not only help startups earn revenue, but provide the kind of validation of their products and services that attracts more private venture capital.

“We identified a number of persistent blockages that prevent the market from reaching its potential,” said Marie-Barbe Girard, a research fellow at Public and a coauthor of the report. “Most importantly, it needs to become a political priority for the government.”