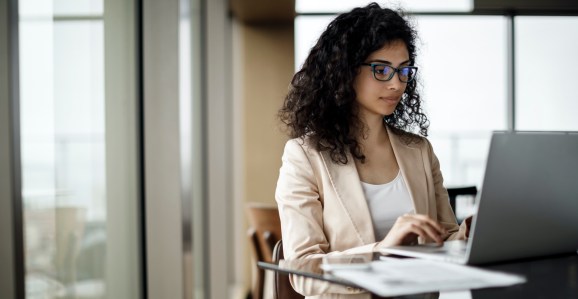 How do you harness the power of a hybrid system with any cloud provider? Learn how the virtualized interface of desktop-as-a-service lets you invisibly address the complexity of your tech infrastructure behind the scenes when you catch up on this VB Live event!

Both private and public clouds (Amazon Web Services, Microsoft Azure, Google Cloud Platform) are getting considerably less expensive, and more and more companies are dipping their toes in the water, looking at how cloud services can replace on-premises computing. The benefits: IT gets cheaper, your IT department gets a break because it’s easier and faster to run, and it’s significantly more secure.

“Most of my forward-thinking customers are thinking, ‘Instead of growing our data center, how can we grow in the cloud and still complement what we have on premise?'” says Jon Eugenio, Principal Solutions Architect, Nutanix Xi Frame Team. “The question becomes, ‘How do we take what was traditionally done on premise and be able to change that workflow and be a little more cloud-forward and cloud-thinking?'”

Cloud is, essentially, an extension of your current data centers, hosted in an infrastructure provider like AWS, Azure, or GCP. Some companies look at cloud as a way to start over, a chance to easily decrease the complexity it created on premise over decades.

“Unfortunately, in a lot of situations you can’t (decrease complexity), and sometimes you have to deal with the hand you’re dealt, like if you can’t reinstall a legacy application your company relies on,” he says. “And if you’re not careful, the move can actually add complexity instead of convenience, increase costs and actually reduce business value.”

Companies create complexity for themselves when they’re trying to take what they had done on premise and apply it to their Windows builds, he explains. Instead of moving every application to the cloud, take a step back. What actually needs to be accessed by everyone using this cloud service? It requires monitoring how end users work, which applications they use most frequently, and which are collecting dust, so that you have a clear picture of how a hybrid system can work for you.

“Part of that is leveraging desktop-as-a-service (DaaS), or really IT as a service,” Eugenio says, “because you’re providing the data, the applications, and the desktop anywhere, and you’re creating a consumable service.”

The intelligent digital workplace is, as with all things, a marketing term, but it’s really valid in the sense that where we do work, where your users do work, has changed, he adds. Employees aren’t working within a particular company’s four walls, and companies need to be flexible about where these end users work.

The idea of desktop-as-a-service was born of this question: Why couldn’t you get to a desktop or an application as easy as you would get to a YouTube video? It allows IT to be a little more agile about the devices that they support. And for companies trying to create a cloud-first strategy, but not sure where to begin, an application or a desktop in the cloud isn’t a bad way to start.

“You have to pick those strategic use cases where you can have wins,” he explains. “It’s a foothold scenario, and then you’re able to go ahead and grow as you need to.”

An example is the large company that needed to manage contractors across the world. Previously the IT department shipped each of their contractors a laptop with an RSA token, and they logged in via the VPN. That meant the IT department was adding support for the hardware and the token to their already crowded plate.

Switching to DaaS, the contractors used their own phones. The company simply sent them an email invitation to install a Google authenticator app onto their mobile phone, allowing workers to log in anywhere. Each set of contractors only got the applications they needed to do their jobs; if further resources were needed, the IT department could easily add those on the backend with just a few clicks.

From the user’s perspective, the complexity behind the scenes is completely invisible — they’re able to log on, launch, and get to work. On the backend, the IT department can manage all its users, wherever they are and whether they’re on their own devices or working with a thin client.

DaaS is also a way to prepare against outages — for example, the PG&E shutdowns during recent California fires — so that employees can access the cloud in any disaster scenario. It helps companies that are not prepared, from a network standpoint, to be able to grow. And it addresses the new world of work.

To really dig in to the benefits of the intelligent digital workspace, from centralized authentication to centralized management, disaster recovery and more, and how a technology leader can get started on implementing desktop-as-a-service, access this VB Live event free right now.

In this webinar, you will discover: