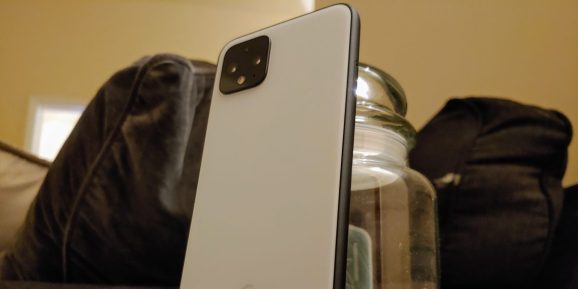 If Google’s Pixel 4 is your daily driver, good news: It’s now able to screen robocalls — and more. Google has announced an update to the Pixel 4’s Call Screen feature in the U.S. that automatically declines calls from unknown parties and filters out suspected robocallers, alongside an improved video calling experience on Duo, the rollout of the new Google Assistant to more users, and a zippier software experience made possible by memory usage optimizations.

For the uninitiated, Call Screen — which was introduced with the Pixel 3 and which works on-device without Wi-Fi or data — transcribes calls in real time to help users decide whether to pick up. When the enhanced Call Screen on the Pixel 4 detects a robocall, it automatically hangs up. And when the call is legitimate, it rings a few moments later with context about who’s calling and why.

According to Google, Call Screen cross-references available contact lists to determine whether to screen a call. A database informs its robocalls and spam calls detection, but not all calls can be detected.

To enable spam and call screening, launch the Phone app and head to the settings menu. Select Spam and Call Screen, and make sure See caller and spam ID is turned on. Then tap Call Screen and under the Unknown call settings subsection, choose the types of callers you’d like to screen. To screen automatically, opt for Automatically screen. Otherwise, select from Ring phone, Automatically screen, or Silently decline. When someone calls and is screened, you’ll get a silent notification.

Google says the feature will roll out to Pixel 2, Pixel 3a, and Pixel 3 devices running Android 10 “over the coming weeks.”

On the subject of Duo, Google’s cross-platform video chat app, it auto-frames faces to keep them centered during conversations, even as subjects move around. (The camera automatically adjusts if another person joins in-frame, much like Duo on the Nest Hub Max.) Plus, playback of calls is smoother than before, thanks to an AI model that predicts the likely next sound and helps keep the conversation going with minimum disruptions. Alongside the Pixel 4, the Pixel 2, Pixel 3, and Pixel 3a now have a new portrait filter that blurs the background of calls while maintaining lock focus on the foreground.

These aren’t the only new features headed down the pipeline. Google Maps accuracy on the Pixel 4 is enhanced thanks to improved, battery-saving “on-device computing,” and the new Google Assistant has arrived in the U.K., Canada, Ireland, Singapore, and Australia in English. (As you might recall, Google Assistant on the Pixel 4 works offline and processes speech at “nearly zero” latency, delivering answers up to 10 times faster than on previous-generation devices.) Additionally, Google says all new Pixel phones will receive an update to memory management that will let them proactively compress cached applications so that multiple apps — like games and streaming content — run more efficiently at the same time.

Last, but not least, photos captured with Pixel devices can now be converted into a portrait by blurring the background post-snap. A special filter in the latest version of Google Photos applies an artistic Portrait Blur bokeh effect that’s adjustable with a slider.

“Pixel phones have always received monthly updates to improve performance and make your device safe. Now, feature drops will bring more helpful and fun features to users on a regular basis to continue to make your Pixel better than ever,” according to the blog post.