Apple’s intent to price the 2019 Mac Pro and new Pro Display XDR out of general consumer reach was obvious when the computer and monitor were announced back in June, as the company unveiled them alongside an “optional” $999 monitor stand that was as expensive as its prior Mac monitors. Today, the company officially revealed ship dates and full pricing for the high-end machines, including an entry-level Mac Pro at $5,999 and a rack-mounted version for $6,499.

As of today, the most tricked-out configuration of the new Mac Pro sells for $52,599 — that includes a 28-core Intel Xeon W processor with 2.5GHz base speed and 4.4GHz Turbo Boost, 1.5TB of DDR4 EEC memory, twin Radeon Pro Vega II Duo cards with 64GB total of HBM2 memory, and 4TB of SSD storage, as well as an Afterburner video accelerator and optional wheels. 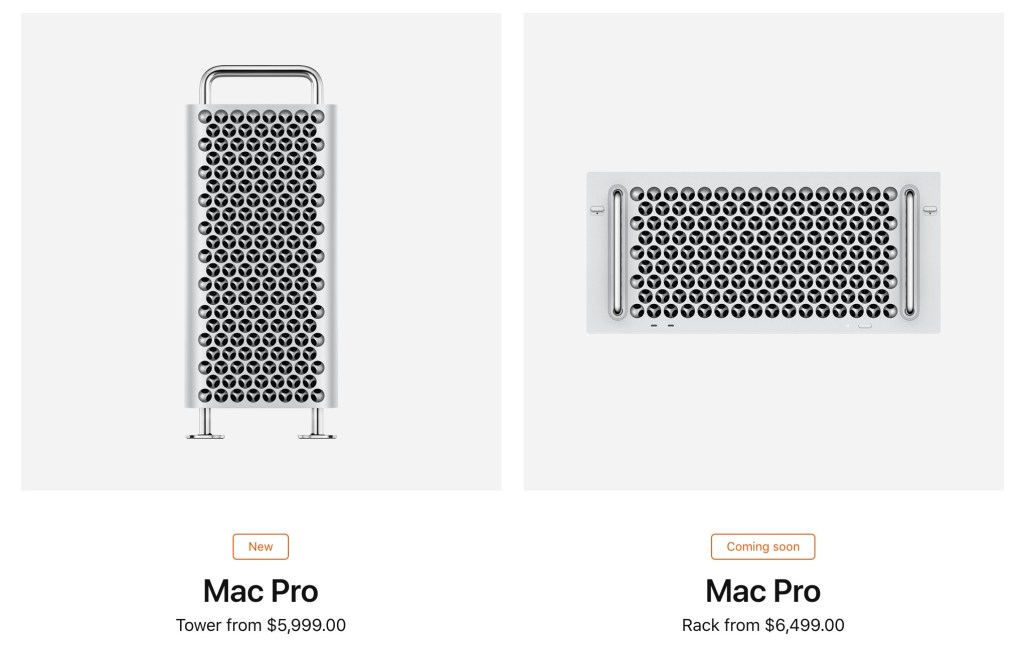 However, Apple is not yet selling the more expensive rack-mounted model, and will soon add a more expensive 8TB drive, driving the price and features of the top-of-line model up further. For reference, the 1.5TB RAM upgrade alone is a $25,000 option compared with the entry-level model’s 32GB configuration, while the Afterburner card is $2,000 and the wheels sell for $400.

Because of extensive customization options for each machine, Mac Pros will take longer than other Apple computers to ship. The company is offering five Intel Xeon W processor choices, including the aforementioned 28-core version, a 2.7GHz/4.4GHz 24-core chip, a 3.2GHz/4.4GHz 16-core chip, a 3.3GHz/4.4GHz 12-core chip, and a 3.5GHz/4.0GHz 8-core chip. There are also five graphics cards in addition to Apple’s ProRes-decoding Afterburner video rendering accelerator option, eight RAM configurations, and four SSD alternatives. Unlike most other Macs, most of these components can be replaced and user-upgraded after the initial purchase.

Apple promised in mid-November that the new Mac Pro and Pro Display XDR would begin arriving in December, and users will just barely be able to get them within Apple’s original “fall” timeline. Rather than providing a specific date, Apple is offering a one- to two-week delivery window, with some configurations showing December 19 to December 27 dates; the rack model is listed only as “coming soon.” The last day of fall in the Northern Hemisphere is December 21, 2019, just ahead of Christmas. 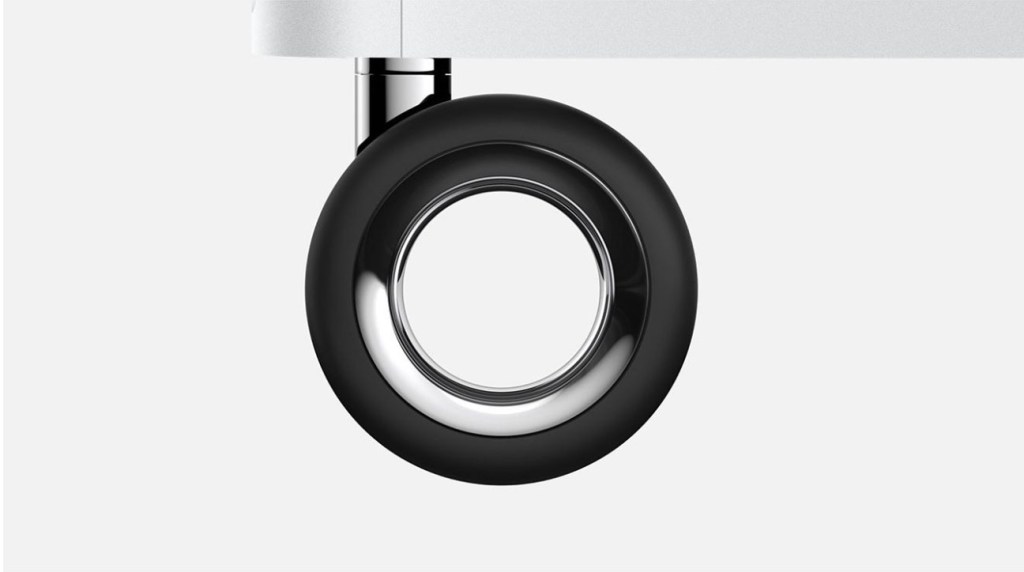 Interestingly, the Mac Pro’s optional wheels appear to be a major factor in delaying shipment of customized machines. If you add them to an otherwise loaded machine, the ship date slips from December to a window between January 28 and February 3. “Configuring your Mac Pro with wheels makes it about an inch taller than the frame with feet,” Apple says, though waiting an extra month or so will bring you as close to an Apple Car as you’re likely to get any time soon.

The Mac Pro notably undergoes “final assembly” in Austin, Texas for customers in the Americas, including the United States. Apple CEO Tim Cook and U.S. President Donald Trump toured the assembly factory last month, touting the machine’s “assembled in USA” designation after the company was exempted from tariffs on some of its Chinese-manufactured components.

Pro Display XDR monitors start at $4,999 with a glossy screen, with a $1,000 nano-textured anti-glare screen as an option. Each monitor comes with a two-meter power cord, two-meter Thunderbolt 3 Pro Cable, and polishing cloth, but no stand. As previously announced, Apple is selling an adjustable aluminum Pro Stand for $999, as well as a $199 VESA wall mount. The “Standard glass” version and Pro Stand currently show availability for delivery between December 18-20, with the “Nano-texture glass” model from December 20-30.