Mozilla is adding a bunch of new features to its Firefox Reality VR browser today, including Bluetooth keyboard support and the ability for users to share history, bookmarks, and tabs between devices. This functionality is possible because Mozilla will now allow users to sign into Firefox Reality with their Firefox Account credentials.

Mozilla first unveiled the open souce Firefox Reality 18 months ago, selling it as an easy way for manufacturers to not only integrate a browser into their VR headsets, but adapt it to suit their requirements. The browser is currently available for HTC and Oculus headsets.

While Firefox Reality has supported bookmarks for the past year, until now it has only been possible to save websites locally on the headset. With Firefox Accounts thrown into the mix, users can peruse VR-compatible content on their phone, desktop, or tablet and save it to view later on their headset.

Additionally, if a Firefox Reality user wants to skip bookmarking and send an active tab from another device to their Oculus Quest, they can now do so. For example, if they’re watching a YouTube video on their laptop, all they need to do is hit the three dots at the side of the URL bar, tap “Send Tab to Device,” and then choose their headset from the menu. 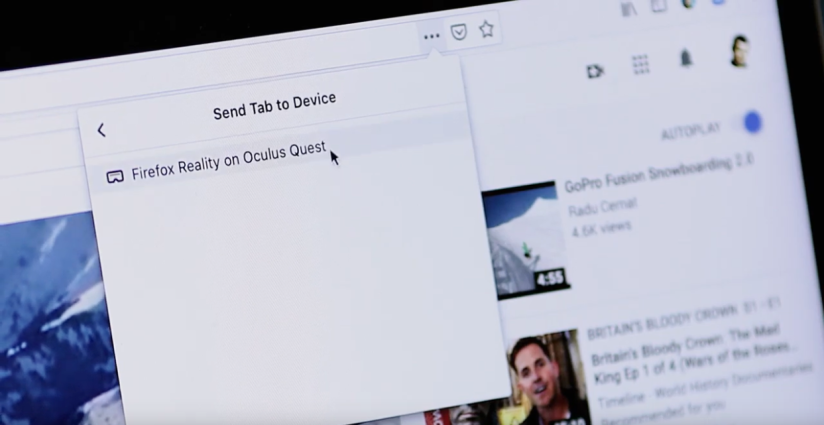 They can then pick up their Oculus Quest and choose the YouTube video from the Tabs menu. It’s worth noting that because the devices are synced, it’s also possible to send tabs from the VR headset to a phone or desktop. 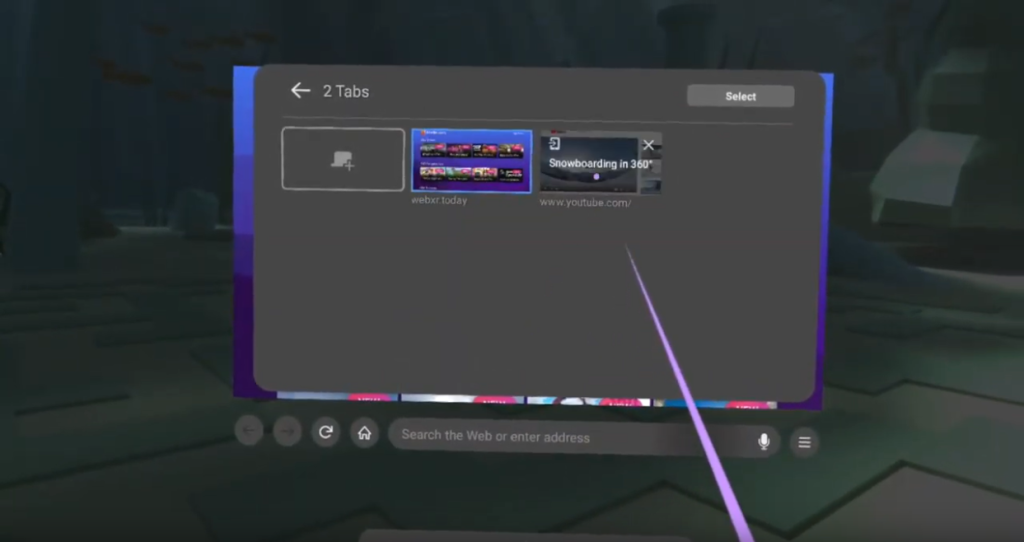 This is actually a notable boost to Mozilla’s VR aspirations, as it reduces the friction involved in accessing content on headsets. It’s typically easier to search for content on a mobile phone or desktop than it is navigating a VR headset’s clunky interface. “No more waving the laser pointer around to type wonky URLs or trying to retrace your steps back to that super funny site from yesterday,” said Mozilla product manager Janice Von Itter in a blog post.

Related to this, Firefox Reality now supports Bluetooth keyboards, which will make searching for content on compatible VR headsets much easier, given that users can simply type out their request, much as they would on their PC. This brings Firefox Reality in line with the built-in Oculus browser, which has supported external keyboards for a while.