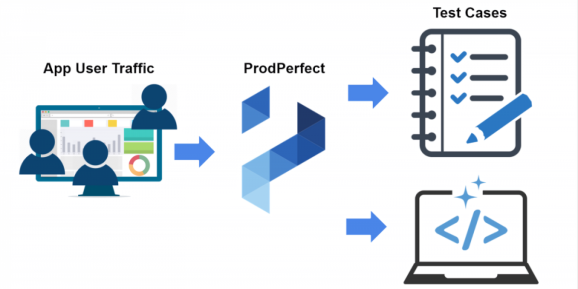 The bulk of quality assurance work in the digital domain isn’t automated. According to a survey conducted by software startup SmartBear, fewer than half of all tests performed are conducted autonomously. That’s highly inefficient and costly, particularly considering that users never engage with 45% of an app’s features — on average, around 26% of an organization’s annual IT budget is allocated to quality assurance and testing.

That’s where ProdPerfect comes in — or so goes the pitch delivered by cofounders Dan Widing, Erik Fogg, and Wilson Funkhouser. The trio cofounded the Boston-based company in 2018 with the goal of developing a platform that uses live traffic to automatically build, run, and maintain QA testing for web apps. A few short months and a $2.6 million injection of seed funding later, they were off to the races, having acquired the business of customers like Stitch, Meitre, Branch, Replicated, GovDocs, StudiesWeekly, and OpenPath.

To fund the next stage of growth, ProdPerfect has raised $13 million in a series A round led by Anthos Capital, with the participation of Fika Ventures, Eniac Ventures, Entrepreneurs Roundtable Accelerator, and aCrew Capital. The company says it is maintaining 25% month-over-month revenue growth.

“We are thrilled to have the support and recognition of Anthos Capital for our mission to fight burnout in software engineers by automating pains out of software development and improving developer impact,” said CEO Widing. “And we are excited to have the vote of confidence for our radical approach to quality assurance by our growing customer base, [which ranges from] Silicon Valley hypergrowth startups to established global brands.”

ProdPerfect’s fully managed solution automates the development and maintenance of browser-level end-to-end testing, using anonymized user data so that tests remain updated according to real flows. It analyzes web traffic to create aggregated behavior flows, which shape a suite of evaluations that kick off from a command-line interface. And it simulates new tests as new features are added.

Widing says the average customer can deploy this suite in six weeks or less and that ProdPerfect’s tools are able to identify broken tests within four hours.

Plenty of rivals occupy the global test automation market, with is anticipated to be worth $54.98 billion by 2022. There’s Functionize, a San Jose, California-based startup developing a cloud-based platform that autonomously susses out software bugs, and automated software testing platform Testim, which raised $10 million in June. On the mobile side of the market segment, there are firms like Headspin, which in October nabbed $20 million for its suite of mobile app performance testing tools.

But if you ask early customers like Negotiatus CTO Tom Jaklitsch, there’s nothing else available that can do what ProdPerfect does. “No other test automation product will help you determine what tests to write, and none of them [is] hands-off like ProdPerfect,” he said. “ProdPerfect identified five to six potentially site-breaking bugs in test, but the service was entirely worth it as soon as we found one. It’s an integral part of our testing and deployment pipelines, and knowing that our integration tests are constantly up to date and protecting our core workflows has empowered our engineering and product teams to deliver more efficiently.”