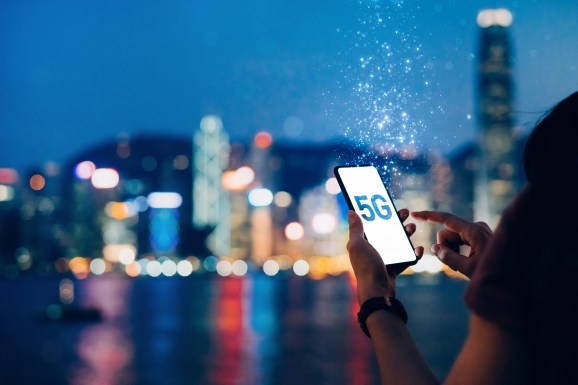 The hype surrounding 5G has been building for years. Now, it’s finally becoming a reality. The fifth generation of cellular network technology is being rolled out in cities across the United States and around the world, and phones are slowly but surely coming equipped with 5G capabilities.

Without question, the opportunities this new technology presents are immense and exciting. But for developers looking to innovate 5G solutions and apps, it feels more like limbo than a revolution. And for business leaders making bold claims about what they’ll do with 5G capabilities, this poses a serious problem.

It’s not surprising that companies like Walt Disney Studios and the New York Times have announced they’re getting in on the 5G action soon. They need to catch the attention of the public and stay competitive.

Some companies have gone even further, making big promises about 5G and assuring customers those changes will come within a short time frame — despite experts’ predictions. AT&T CEO Randall Stephenson recently said he envisions 5G becoming a fixed replacement for broadband within three to five years, promising consumers faster speeds than most cable and DSL connections.

However, with the struggles 5G developers are facing, there is serious reason to be skeptical about this timeline. Developers will innovate with 5G by way of apps, but the app ecosystem in its current state doesn’t have access to 5G infrastructure. That’s holding us back. We’re playing a guessing game because we can only simulate a 5G experience, not actually create one.

Only the most prominent telecom companies currently have access to 5G kits, which bars smaller development firms and entrepreneurs from innovating and building applications. These major players roll out 5G technology in highly populated urban areas, often near stadiums or in major downtowns, to reach the most people and get the most out of their PR efforts.

Until coverage extends far beyond those concentrated areas and impacts people outside of those limited spaces, the power of 5G technology will remain out of reach for most of us. And it’s critical for businesses to understand that this limited access to 5G is just the tip of the iceberg when it comes to what developers are dealing with.

Carriers are providing vastly different versions of 5G as they try to provide coverage to as many people as possible as quickly as they can. But they simply don’t have the capabilities to extend consistent, widespread coverage at this time. And because of this, developers can’t define what this new network actually is and build for it.

Beyond that, the significant costs of installing this infrastructure and software also present a barrier for innovators. For 5G to be effective, it needs hundreds of thousands of cell sites, new software and mobile devices, and up-to-date connective nodes and switches — all of which costs hundreds of billions of dollars.

To be clear, none of this is to say that the next generation of wireless isn’t coming — it is. In fact, almost 20% of all data traffic will be over 5G networks by 2023. But this transition will require a paradigm shift in the way we test and validate networks. At present, 44% of telecoms say they don’t have the tools for testing and managing 5G applications. More than that, the current generation of modems developed by Qualcomm and its competitors are expensive and largely unavailable.

To be sure, some providers are trying to move too quickly and producing no tangible results. AT&T phones, for instance, feature a “5G E” icon in the upper corner, but that icon doesn’t actually indicate a 5G connection. In many cases, 5G E might even be slower than 4G LTE networks, which doesn’t give users or developers any steady ground to stand on.

In the grand scheme of things, claims about 5G are not rooted in reality — yet. Business leaders making big, ambitious assertions about what they’ll do with 5G should heed the warning that 5G will be essentially unusable when rolled out if nothing has been developed for the network.

The reality for developers is that building 5G applications simply isn’t practical. Not yet, at least. Until Apple makes serious progress in expanding its capabilities, developing iOS apps is out of the question. And only a few types of Android phones are 5G-enabled.

Most of the 5G running today is a non-standalone version that runs off a 4G core and doesn’t actually deliver most of the promised sophisticated network capabilities. So at this point in time, most investment opportunities in 5G are limited for business leaders, too.

Until accessibility increases, developers will have to make do with using tools like the Raspberry Pi and DIY kits like Framework to test ideas. Ultimately, though, even the Wi-Fi and Bluetooth systems we’re using to connect prototypes are much slower than the real thing.

None of this means developers shouldn’t be planning for 5G; the contrary is true. We have to create while keeping in mind that we’ll have a two-tier connectivity divide based on geolocation — and two types of user experiences as a result. One will seem dated and slow; the other will feel futuristic and completely different from anything we’ve built before.

Moving from 4G to 5G networks will be significantly different than when 4G replaced 3G — because it’s not a replacement this time. 5G will build on 4G LTE by using updated software and complementing its predecessor rather than doing away with it.

Hurdles won’t disappear when 5G arrives, either. Just like you might use an extender to boost Wi-Fi coverage in certain parts of your house, developers and entrepreneurs will need to create technology to extend 5G networks if widespread use is ever going to be available. Coverage of 5G networks today essentially comes in hot spots, causing connectivity to be sporadic and undependable.

For this reason, it’s critical that the infrastructure to expand 5G’s reach exists, and it’s our job to build it. Budgets will have to be created with this in mind, and development teams should anticipate 20% to 50% more work depending on the tech stack in development.

In a 2017 article, The Economist coined the phrase “data-network effect” to describe the exponential growth of data that will take place as a result of 5G adoption. It’ll enable huge advances in AI, leading to the creation of bots that can do more than we ever imagined.

Experiences enabled by 5G will be deeply personal and fundamentally change the way we interact with technology when they come. The real-time cloud access capabilities of 5G could provide unprecedented advances in the use of AI in phones and wearables. But until we’re able to overcome the hurdles we face as developers and entrepreneurs in creating the apps that will drive those experiences, the promises of tomorrow will remain elusive.

Marc Fischer is the CEO and co-founder of Dogtown Media, a mobile technology studio based in Venice Beach, California.