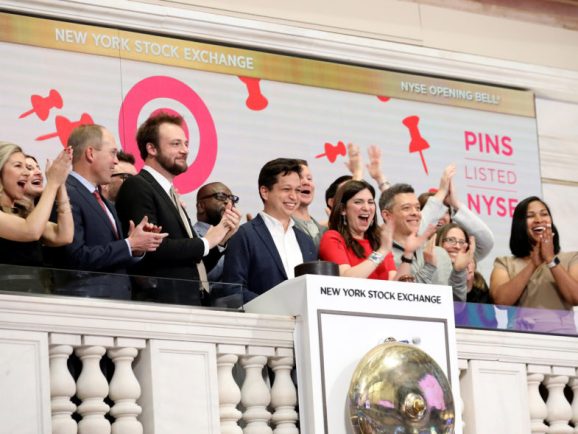 While the much-hyped tech unicorns produced IPOs that amounted to giant face plants, the news was not all bad for the class of 2019 entering the public markets. Overall, the year was only slightly down from 2018, though extremely rocky.

The number of all IPOs in U.S. markets fell to 159 from 192 in 2018, according to Renaissance Capital’s annual IPO Review. Following the categories used by Renaissance, 42 of the U.S. IPOs came from the tech sector, down from 52 last year.

Thanks to these overstuffed unicorns, the amount raised by the companies was roughly the same as the previous year.  In the tech IPO category, companies raised $21.9 billion in 2019, compared to $18.3 billion in 2018. Not bad, considering Slack did a direct listing and so raised no money.

But bigger was not better in 2019. Renaissance noted that the 10 largest IPOs raised $22 billion, about half of the $46 billion raised by all IPOs.

However, their stocks generally struggled. “Seven of the 10 were consumer-facing companies with billions in sales and steep losses,” the report said. “Public investors were ultimately unwilling to give premium valuations to companies with unproven models in highly competitive markets, and the 10 largest averaged a return of just 2%.”

Even if unicorns like Uber, Lyft, Slack, and Pinterest flailed, the IPOs for 2019 were up 20% overall from their debuts, according to Renaissance. This was mostly thanks to health care and financial IPOs, which dominated the list of 10 best-performing IPOs.

Smaller and mid-sized tech offerings did better than the unicorns. But in many cases, they too delivered uneven performances that seem to point to a growing lack of faith by Wall Street.

Consider, for instance, the tech stock Motley Fool declared its best-performing tech IPO of 2019: Zoom Communications. The video conferencing company priced its IPO at $36 a share and saw it pop 72% on the first day of trading before eventually reaching $102.30 per share in June. It closed Friday at $66.64 per share. A big win followed by a big drop and an uncertain future.

Crowdstrike followed a similar trajectory. The cybersecurity company priced its IPO at $34 per share in June and closed at $58 per share on the first day of trading. It reached $99.39 per share in August before falling back to Earth and closing at $49.92 on Friday.

Not disasters, but nobody is taking a victory lap. And those two are pretty representative of the roller coaster ride for tech stocks making their debut this year.

Considering the Nasdaq is up more than 35% for the year, and the Dow is up about 22.6%, tech stocks have not exactly been shining stars.

These tech IPOs are making big returns for the venture backers who are cashing out. But public investors have not been enjoying the spoils. And that doesn’t bode well for companies like Airbnb that are eyeing IPOs for 2020 but are still losing money and so will be asking investors to have a little faith.

Goodwill toward tech is in short supply, and that’s never a sound foundation for launching an IPO.