Short-wave infrared imaging sensors (SWIRs) could prove invaluable for automakers working on autonomous vehicles. Unlike lidar and radar sensors, which are susceptible to certain forms of interference, they’re able to capture crystal-clear frames in fog and dust, as well as in low light.

TriEye, one of the leaders in the segment, today announced something of a milestone ahead of the Consumer Electronics Show. It’s collaborating with Porsche to improve the performance of the German sports car manufacturer’s advanced driver assistance systems (ADAS) and self-driving systems, with the goal of improving those systems’ ability to accurately detect objects on the road in situations with limited visibility.

Porsche previously contributed $2 million in capital to TriEye in an expanded series A round, which brought the Israel-based startup’s total raised to $22 million. Other backers include Intel Capital, cybersecurity entrepreneur Marius Nacht, and Grove Ventures, which is headed by TriEye chair Dov Moran.

“Our collaboration with Porsche has been exceptional from day one, and we look forward to growing this potential,” said TriEye CEO and cofounder Avi Bakal in a statement. “The fact that Porsche, a leading car manufacturer, has decided to invest in TriEye and evaluate TriEye’s CMOS-based SWIR camera to help further improve ADAS is a significant vote of confidence in our technology.”

TriEye was founded in 2016 by Bakal, vice president of R&D Omer Kapach, and CTO Uriel Levy, following nearly a decade of research Levy conducted at the Hebrew University of Jerusalem. The company’s flagship product is the IP68-rated Raven, a CMOS sensor it claims is more compact (3 x 3 x 2.5 centimeters), higher in resolution (1,280 x 960 pixels), and cheaper (by up to a factor of 1,000) than conventional alternatives.

TriEye provides a number of software and AI-powered remote nano-photonic sensing solutions, some of which were developed in-house by its team of experts in device physics, process design, electro-optics, and deep learning. The company asserts that its full-stack approach positions it well to tackle verticals beyond automotive, like security and optical inspection.

TriEye competes to a degree with sensor suppliers like Oregon-based Flir, which manufactures thermal vision cameras embedded with machine learning algorithms, and Boston-based ground-penetrating radar (GPR) startup WaveSense. But Porsche executive board and development member Michael Steiner asserts that its products are unmatched. 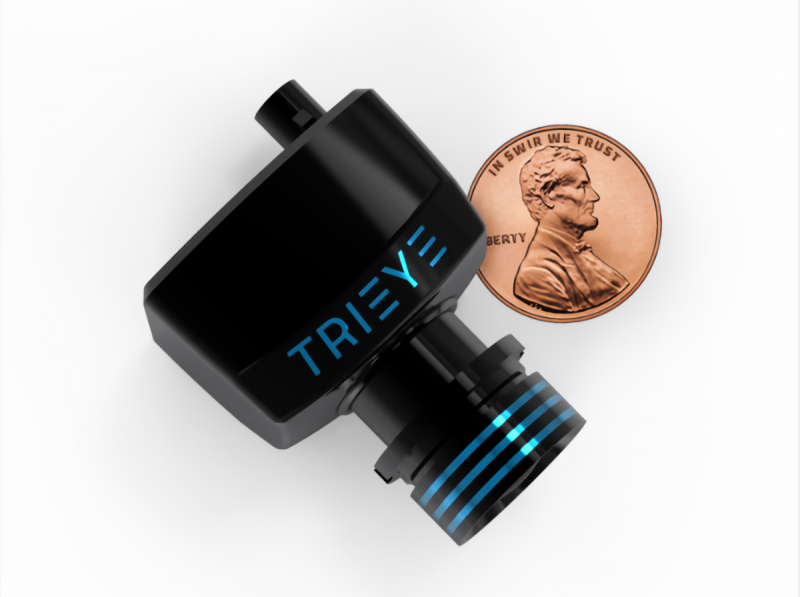 “TriEye is a promising technology company led by an exceptionally strong team with experience in the areas of nanophotonics, deep learning, and the development of semiconductor components,” said Steiner in a previous statement. “We see great potential in this sensor technology that paves the way for the next generation of driver assistance systems and autonomous driving functions. SWIR can be a key element: It offers enhanced safety at a competitive price.”