Byton CEO Daniel Kirchert said at a CES 2020 press conference that the company’s M-Byte electric car has begun pilot production and will enter mass production later this year. The company has an 800,000-square-meter factory in Nanjing coming online to make the electric car, which features a 48-inch display just below its windshield for both the driver and the passenger to view.

Byton has been coming to CES, the big tech trade show in Las Vegas, for three years now. Like Elon Musk’s Tesla, Byton is a new car company focused on bringing digital technology and electric motors to cars. Byton said it has orders for 60,000 cars. The first cars will ship in China for customers in 2021.

Last year, Byton said it was working on three models. The company said the less-expensive M-Byte would begin production in 2019, while the K-Byte sedan will arrive in 2021, and a third model in 2023. Pilot production for the M-Byte began in October 2019. 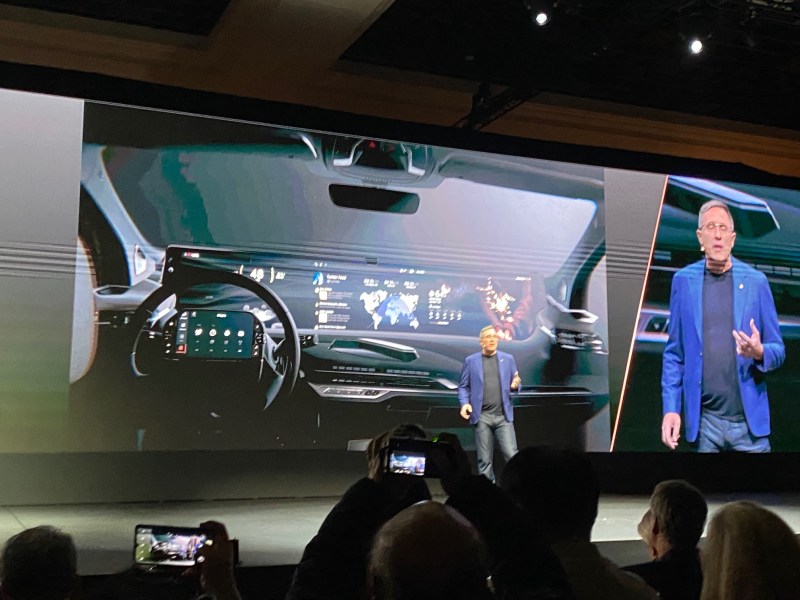 Besides the big display, the M-Byte offers app-based experiences, and it has internet connectivity that will be upgradeable to 5G high-speed networking when it arrives later this year.

There’s also a dashboard camera pointing at the driver to detect whether they are alert. This comes in handy if you are actually driving the car, or if you need to be ready to take over in case of an emergency. The car has security built by Byton Security Lab. Services you can get on a mobile phone today will be transferred over to the car’s screen, on demand. 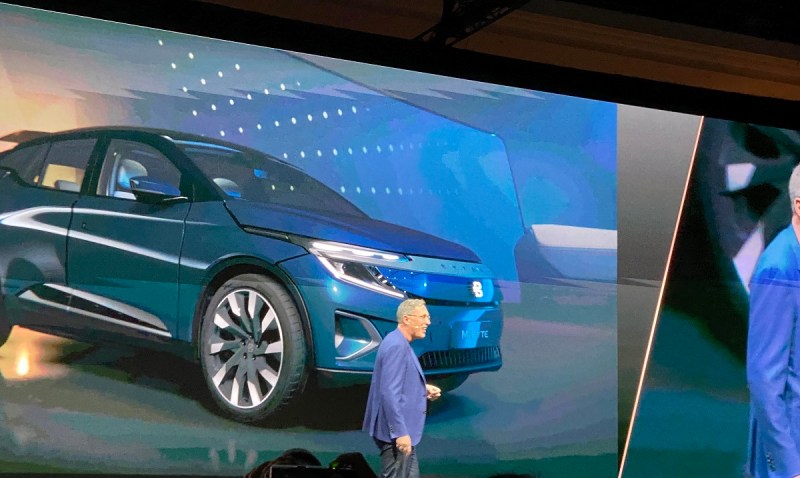 Kirchert said the Nanjing factory has the capacity to make 300,000 cars per year. Viacom CBS will be a media partner for Byton, particularly when Byton upgrades the vehicles to self-driving capability in the future and that 48-inch screen becomes useful for entertainment.

Byton said other partners include Access for an in-car theater experience; AccuWeather, which offers real-time weather updates; Aiqudo for voice control of apps; CloudCar, to provide a cloud-based infrastructure; Road.Travel for online trip booking; and Xperi for digital HD Radio.

Byton also started its developer program for those who want to build applications for the company’s cars.

Carsten Breitfeld and Daniel Kirchert cofounded the company in 2016. Steve Koenig, senior director of market research at the Consumer Technology Association, said in a press briefing that the next decade will be all about electric cars transforming the future of transportation.

“We put these connected cars in a smart cities context in a fleet,” Koenig said.