My good athlete buddy (okay, I’d never met him before) Michael Phelps appeared at the Panasonic press event at CES 2020, the big tech trade show in Las Vegas this week.

He was touting the Michael Phelps Foundation (which provides swimming lessons to children) and has agreed to be a captain for Team Panasonic, a group of celebrity athletes who are promoting Panasonic’s products and using its technology for events such as the Tokyo 2020 Summer Olympics.

Phelps was heads-down on swimming and nothing but swimming while he was winning 23 Olympic medals. But since he retired for a second time in 2016, he has been pursuing other interests. (One of them was playing Call of Duty 30 hours a week). And now he’s taking an interest in technology to help athletes train and become stronger through tech sensor-monitoring and analytics. We talked briefly about this after Panasonic’s press event. 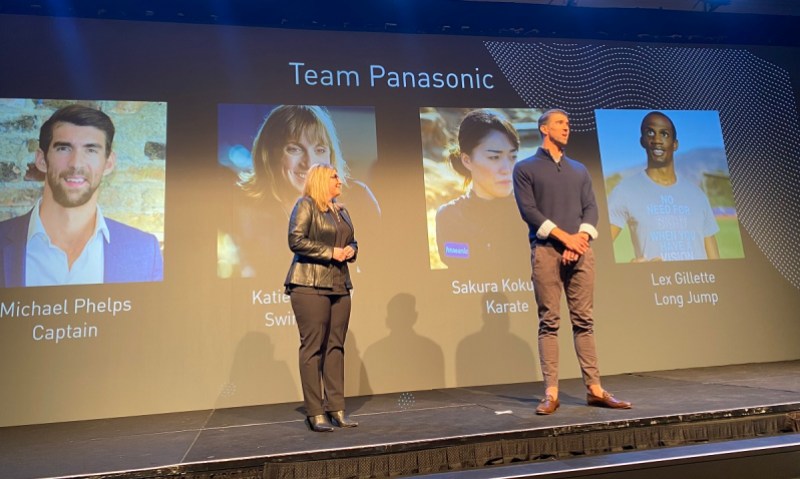 VentureBeat: Are you pretty technically inclined? Is that what brings you here?

Michael Phelps: I’m somebody who always wants to see the newest and greatest stuff. It’s going to change our world. For me, this is a new world. It’s all something different. I was submerged in the water for 20 years. Now I get to see all this up close and personal and be able to learn, really, what Panasonic is doing to change the world, to make the world a better place with all these new technologies. I’m a kid in a candy store here. I don’t even know what to say to some of it.

VentureBeat: It’s amazing to see a lot of the technology they’re applying to sports now.

Phelps: For me, I’m dealing with hundredths of a second. It’s wild to see what technology can do for sports. I’ve seen a lot of it. It’s changed the sport in the last 20 years. But as a whole, it runs our world, right? It doesn’t make sense, to me, how they outdo the next thing. But it’s fascinating to see.

VentureBeat: I got to wear these swim goggles from Form that project your heart rate on the goggles [through augmented reality].

Phelps: You see something like that — a pair of goggles that gives you your stroke count, your stroke rate, your heart rate, all that stuff — we’re a country that’s driven off numbers and stats. The more we get, the better we’re doing, the more excited we are. I love it. That’s how I work. That’s how I was able to do what I did, working off small fractions of numbers.

VentureBeat: Are you getting a peek ahead at the tech at the Olympics, what can be done in that arena?

Phelps: I haven’t seen anything yet. For me, it’s different going into an Olympic year right now. It’s my first time where I’m not getting ready to compete. It’s a weird process. But being removed a little bit, watching other athletes prepare, seeing what they’re going through, it’s a cool journey.