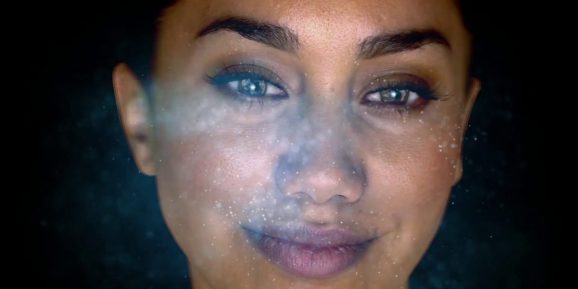 Virtual avatars might well be the future of customer support. According to Juniper Research, conversational assistants will drive cost savings of over $8 billion annually by 2022 (up from $20 million in 2017). In fact, chatbots are anticipated to power 85% of all customer service interactions by year-end 2020 — already, 42% of consumers use them on the regular.

It was with this in mind that Greg Cross and Mark Sagar, a former special projects supervisor at director Peter Jackson’s Weta Digital, founded Soul Machines in 2016. The goal was to develop a suite enabling clients to build interactive customer experiences. The Auckland, New Zealand-based startup found success relatively quickly, nabbing customers like Google, Sony, IBM’s Watson division, Bank ABC, the Royal Bank of Scotland, PricewaterhouseCoopers, ANZ, Autodesk, and Procter & Gamble. Now it has raised a fresh round of venture capital to lay the runway for continued growth.

Soul Machines today announced that it has raised $40 million in a series B round of funding led by Temasek, with participation from Lakestar and existing investors Horizons Ventures, University of Auckland Inventors Fund, Salesforce Ventures, and others. The infusion brings Soul Machines’ total raised to nearly $50 million, following a $7.5 million series A in November 2016, and Cross says it’ll fuel geographic expansion with a focus on R&D.

“We have enjoyed getting to know and work with the teams at Temasek, Lakestar, and Salesforce Ventures and believe they are the perfect partners to help as we continue to expand and grow our business, technology, and client base globally,” added Cross. “We are very grateful for the continued support from Horizons Ventures, who are highly valued partners that understand how great technology businesses are built.”

Soul Machines’ platform creates lifelike and perceptive digital avatars that animate autonomously, with personality and character that evolve over time and that respond to both content and context. How? It starts with the Digital DNA Studio, a cloud-based automation studio that lets brands prototype digital humanoids across multiple devices. Soul Machines’ Soul Engine serves as the brains of the operation, simulating basic cognitive processes that control attention, learning, sensing, and behaviors.

With biometrics and AI, Soul Machines’ assistants can remember faces and determine the best response based on previous interactions. They also tap existing platforms and services, such as IBM’s Watson, to recognize multiple languages and accents.

It might sound a bit hyperbolic, but Soul Machines says it has the numbers to prove its technology is superior to the rest. More than 81% of customers say they’d chat with Soul Machine avatars like ANZ’s Jamie, Air New Zealand’s Sophie, and Mercedes Benz’s Sarah again, and over 89% say they achieved their goals through engagement with these avatars.

Soul Machines has competition in FaceMe, Japan-based Alt Inc., and Samsung subsidiary STAR Labs’ Neon, which taps a proprietary engine — the Core R3 — to create digital characters designed to be used in movies, augmented reality experiences, and web and mobile apps. Neon’s avatars are meant to stand in for concierges and receptionists in hotels, stores, restaurants, and more. And like Soul Machines’, they’re intended to assist in marginally complicated things that require a “human touch.”

Of course, it’s worth noting that AI-generated high-fidelity avatars aren’t exactly the most novel thing on the planet. In November 2018, during China’s annual World Internet Conference, state news agency Xinhua debuted a digital version of anchor Qiu Hao — Xin Xiaohao — capable of reading headlines around the clock. Startup Vue.ai leverages AI to generate on-model fashion imagery by sussing out clothing characteristics and learning to produce realistic poses, skin colors, and other features. Separately, AI and machine learning have been used to produce videos of political candidates like Boris Johnson appearing to give speeches they never gave.

Soul Machines currently has over 120 employees (up from 82 in October 2018) with offices in San Francisco, Los Angeles, New York City, London, Tokyo, Melbourne, and Auckland.