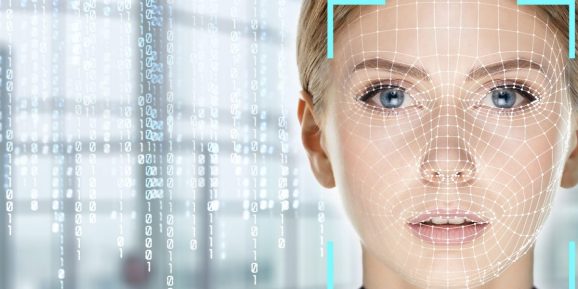 Fight for the Future, the Boston-based nonprofit promoting causes related to copyright legislation, online privacy, and internet censorship, today announced that it will team up with advocacy group Students for Sensible Drug Policy in an effort to ban facial recognition on university campuses in the U.S. To kickstart the grassroots movement, the organizations this morning launched a website and an organizing toolkit for student groups.

The push is part of Fight for the Future’s broader Ban Facial Recognition campaign, which launched in July 2019 and calls on local, state, and federal lawmakers to prevent government and law enforcement use of facial recognition. While facial recognition isn’t widely deployed on U.S. campuses, Evan Greer, deputy director of Fight for the Future, asserts that it is likely to threaten privacy, civil liberties, and equity as companies increasingly market the tech to schools.

“Facial recognition surveillance spreading to college campuses would put students, faculty, and community members at risk. This type of invasive technology poses a profound threat to our basic liberties, civil rights, and academic freedom,” said Greer. “Schools that are already using this technology are conducting unethical experiments on their students. Students and staff have a right to know if their administrations are planning to implement biometric surveillance on campus … The data collected is vulnerable to hackers and in the wrong hands could be used to target and harm students. And it’s invasive, enabling anyone with access to the system to watch students’ movements; analyze facial expressions; [and] monitor who they talk to, what they do outside of class, and every move they make.”

Facial recognition found itself in the news last year more than perhaps any other application of AI.

A number of efforts to use facial recognition systems within schools have met with resistance from parents, students, alumni, community members, and lawmakers alike. The Lockport City School District in upstate New York abandoned plans to pilot components of a face-recording system after it was revealed that the district planned to flag suspended students. At the college level, a media firestorm erupted after it was revealed that a University of Colorado professor secretly photographed thousands of students, employees, and visitors on public sidewalks for a military anti-terrorism project, and after University of California San Diego researchers admitted to studying footage of students’ facial expressions to predict engagement levels.

Perhaps unsurprisingly, a growing number of activists, academics, and lawmakers have called for restrictions or outright bans on facial recognition technology. Last fall, California imposed a three-year moratorium on facial recognition use in law enforcement body cameras, preceding San Francisco’s ban on facial recognition use by police and city departments. Oakland followed suit in June, after which Berkeley passed a ban of its own. And in two House Oversight and Reform committee hearings last summer, some of the most prominent Republicans and Democrats in the U.S. Congress joined together on proposals for legislative reform, following the introduction of a bill that would require businesses to receive consent before using facial recognition.

“Contaminating learning environments with this technology will only harm those it claims to protect. It is untrue that facial recognition makes anyone safer,” said Erica Darragh, who sits on the board of Students for Sensible Drug Policy. She noted that groups at George Washington University and DePaul University have introduced student government resolutions to ban facial recognition. Darragh also said that a dozen major university administrations, including those at Stanford, Harvard, and Northwestern, have been contacted to clarify whether they are using the tech. “Students should not have to trade their right to privacy for an education, and no one should be forced to unwittingly participate in a surveillance program [that] will likely include problematic elements of law enforcement. This automation of racial and political profiling threatens everyone, especially students, faculty, and campus guests of color. Students have an obligation to prevent this technology going mainstream, beginning with university campuses, where we have the most power and we know how to win.”