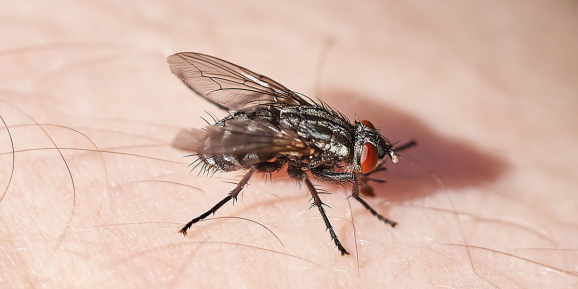 Ever heard of FlyHash? It’s an algorithm inspired by fruit flies’ olfactory circuits that’s been shown to generate hash codes — numeric representations of objects — with performance superior to classical algorithms. Unfortunately, because FlyHash uses random projections, it can’t learn from data. To overcome this limitation, researchers at Princeton, the University of San Diego, IBM Research, and the MIT-IBM Watson AI Lab developed BioHash, which applies “local” and “biologically plausible” synaptic plasticity rules to produce hash codes. They say that it outperforms previously published benchmarks for various hashing methods and that it could yield binary representations of things useful for similarity searches.

As the researchers explain in a preprint paper detailing their work, the phenomenon known as expansive representation is nearly ubiquitous in neurobiology. “Expansion” in this context refers to the mapping of high-dimensional input data to an even higher-dimensional secondary representation. For instance, in the abovementioned fruit fly olfactory system, approximately 50 neurons send their activities to about 2,500 cells called Kenyon cells, achieving an approximately 50 times expansion.

From a computational perspective, expansion can among other things increase the memory storage capacity of an AI model. It’s with this motivation that the team designed the hashing algorithm BioHash, which can be used in similarity search.

In similarity search, given a query, a similarity measure, and a database containing any number of items, the objective is to retrieve a ranked list of items from the database most similar to the query. When the data is high-dimensional (e.g. images or documents) and the databases are large (in the millions or billions of items), it’s a computationally challenging problem. However, approximate solutions are generally acceptable, including a hashing scheme called locality-sensitive hashing (LHS) in which each database entry is encoded with binary representations and retrieves closely related entries.

The researchers trained and tested Biohash on MNIST, a data set of 70,000 grayscale images of handwritten digits with 10 classes of digits ranging from “0” to “9”, and CIFAR-10, a corpus comprising 60,000 images from 10 classes (e.g., “car,” “bird”). They say that BioHash demonstrated the best retrieval performance in terms of speed, substantially outperforming other methods, and that a refined version of BioHash — BioConvHash — performed even better thanks to the incorporation of purpose-built filters.

The team asserts that this provides evidence that the reason expansive representations are common in living things is because they perform LHS. In other words, they cluster similar stimuli together and push distinct stimuli far apart. “[Our] work provides evidence toward the proposal that LHS might be a fundamental computational principle utilized by the sparse expansive circuits … [Biohash] produces sparse high dimensional hash codes in a data-driven manner and with learning of synapses in a neurobiologically plausible way.”

As it turns out, the fields of neurobiology and machine learning go hand in hand. Google parent company Alphabet’s DeepMind earlier this month published a paper investigating whether the brain represents possible future rewards not as a single average but as a probability distribution, a mathematical function that provides the probabilities of occurrence of different outcomes. And scientists at Google and the Max Planck Institute of Neurobiology recently demonstrated a recurrent neural network — a type of machine learning algorithm that’s often used in handwriting and speech recognition — that maps the brain’s neurons.