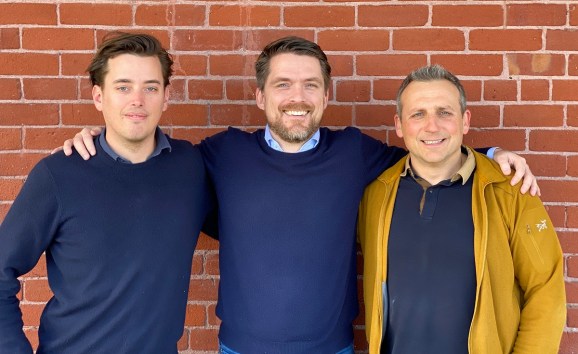 Gabi Insurance has raised $27 million in funding to disrupt insurance brokers and get you better rates for car, homeowner’s, or renter’s insurance. It is also moving into businesses, where it can automate paperwork.

The San Francisco company automates insurance shopping and provides more visibility into insurance rates, allowing people to compare all the major insurance companies’ rates and instantly get a quote. And it does so without forcing you to go to multiple websites and fill out a bunch of forms.

On average, the company is saving consumers over $800 a year, CEO Hanno Fichtner said in an email. He cofounded the company in 2016 with Krzysztof Kujawa, Vincenz Klemm, and Pawel Olszewski.

I went through the process of using Gabi in 2018. It took a while to onboard all of my insurance data, but once I was over that hurdle, the system worked as described. Gabi searched insurance companies for my exact policy requirements, and it came back with 16 quotes. 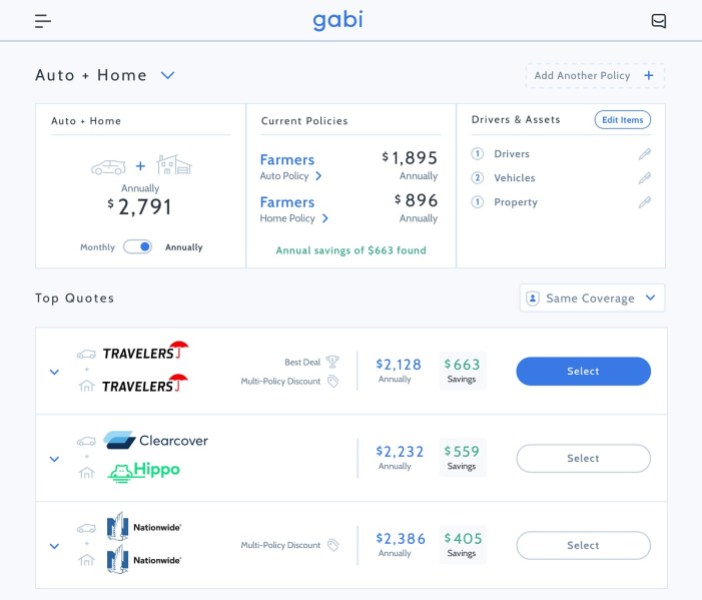 Eleven companies charged more than my previous insurance company, and four charged less money. I had already used one of those previously, and so I went with the cheapest option that was a familiar brand name. That saved me $54 a month, at least until I added a new driver to my coverage. All told, it saved me $636 a year, until my rates got raised again.

Mubadala Capital, the asset management arm of Mubadala Investment, led the round. Existing investors Canvas Ventures, Northwestern Mutual Future Ventures, Correlation Ventures, Securian Ventures, A.Capital Ventures, and Project A also participated in the round. New investors to the round include CMFG Ventures, Burst Capital, and AngelList.

Gabi’s proprietary quoting flow allows customers to connect their existing insurance account or upload a PDF of their policy. It then digitally compares consumers’ existing policies and coverages to quotes from its network of over 40 insurance companies to find the best prices and coverage. The company claims to be the only digital broker in the U.S. that can provide multi-policy options and save customers more money by bundling auto and home insurance in one quote.

Luke Nicklin, board member at Mubadala Capital, said in a statement that consumers want the help of an adviser for their insurance, and Gabi has the opportunity to be a digital-first leader in a market where tens of billions of commissions are paid to local agents every year. And those agents are mostly doing the work the old-fashioned, paper-based way.

Gabi says its consumer-centric model is based on trust and transparency — the company will advise consumers to stick with their current policies if they already have the best price and coverage. It’s gotten a rating of 4.8 out of 5 stars on Google and has an NPS of 88, significantly above the industry average, the company said.

Gabi’s technology-driven approach not only improves the customer experience, the company asserts, but also generates much higher-quality policyholders for its insurance partners.

Insurance companies have a reason to like this more efficient market. Craig Schedler of Northwestern Mutual Ventures said in a statement that Gabi’s customer retention rate is more than double many other online insurance peers, and that the bundled auto and home customers pay higher annual premiums when combined, which ultimately results in lower loss ratios for insurance companies.

Gabi works with more than 40 regional and national home and auto insurance carriers throughout the U.S., including Nationwide, Travelers, Progressive, Safeco, Encompass, and Kemper. Gabi will expand its carrier partnerships in 2020.

Through custom integrations, Gabi is helping its partners give their customers a fast and easy insurance-shopping experience. One example the company gives is a large real estate franchise that offers its home buyers insurance shopping in a platform powered by Gabi.

Gabi’s engineering team is based in Lodz, Poland, and the company has 95 employees overall.