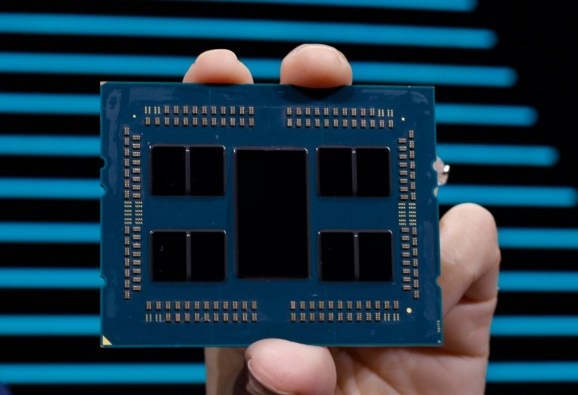 Advanced Micro Devices gained market share against Intel in the x86 microprocessor business for the quarter that ended December 31, according to market researcher Mercury Research.

Oddly, Intel claimed in its fourth-quarter earnings report on January 23 that it was gaining market share.

“In 2019, we gained share in an expanded addressable market that demands more performance to process, move, and store data,” Intel CEO Bob Swan said in a statement.

But asked for clarification, an Intel spokesperson said, “We define our total addressable market much broader than server CPUs.” For instance, Intel said its networking chip business grew $5 billion in 2019 revenue, and its internet of things (IoT) and Mobileye businesses were up 11% and 26%, respectively.

But Mercury reported that AMD’s overall share in x86 processors (not counting semi-custom chips and IoT) was 15.5%, up 3.2 percentage points from a year ago. AMD’s share hasn’t been that high since the fourth quarter of 2013.

AMD said reception for the Ryzen 9 3950X and the third-generation Threadripper family for gamers explained the share gains in desktop. In servers, AMD has been ramping up its second-generation Epyc processors.

For the previous third quarter that ended September 30, AMD had a 14.6% share of the overall x86 processor market, up 4 percentage points from a year ago, according to Mercury.

“I think the unit share gains show good progress, and also that AMD has a ways to go, particularly in the server market, where it started near 0% share before Epyc launched,” said Patrick Moorhead, an analyst at Moor Insights & Strategy.