A Nissan Leaf has completed what the company claims is one of the U.K.’s longest and most challenging autonomous car journeys to date. But while the trip represents a notable milestone for the U.K.’s self-driving vehicle ambitions, it also highlights the importance of taking a localized approach to training driverless systems.

To get an autonomous vehicle up to speed, you need to put the miles in — that’s the popular narrative, at least. Alphabet’s Waymo, at the forefront of the self-driving car movement, last month announced that its driverless vehicles had traversed 20 million miles on public roads and tens of billions of miles through computer simulated environments. But there is also a growing sense that while the number of miles driven is important, context is just as vital — the situations, locations, and environment in which those miles were driven.

Indeed, an autonomous vehicle system trained on 20 million miles in a handful of U.S. cities might not be prepared for the types of roads found in other countries. This is partly why in 2017 the U.K. government backed a Nissan-led consortium to explore and develop autonomous vehicle technologies with a view to emulating a “natural human driving style” through machine learning and AI. As with similar test vehicles used around the world, cars in the Nissan Leaf fleet relied on lidar, radar, GPS, and various cameras to construct a picture of their environment. A test track was also used to train the system, with human safety drivers employed as backup. 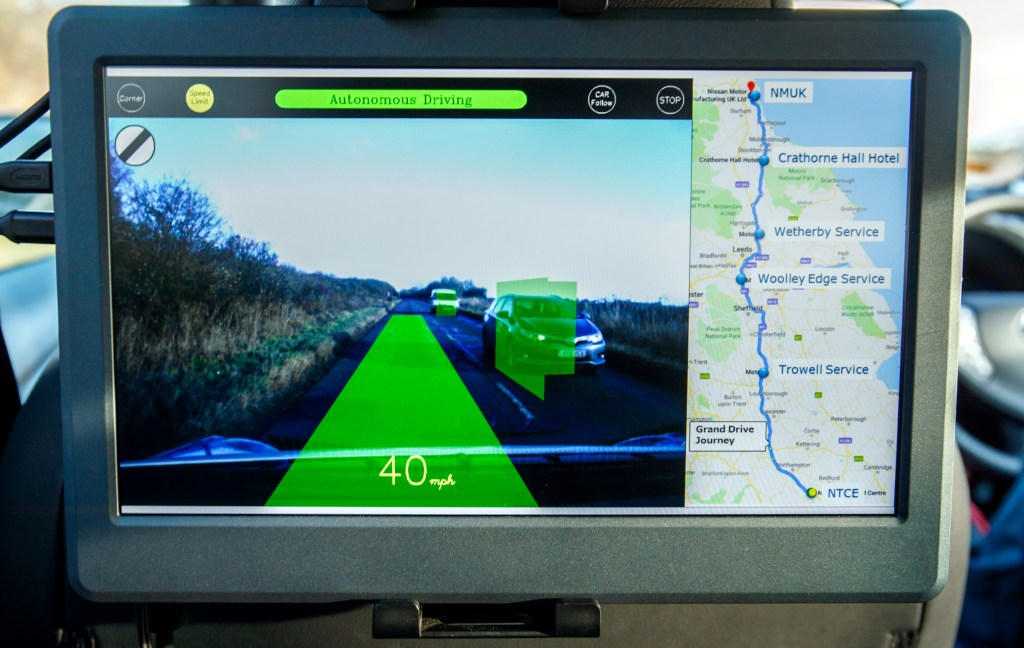 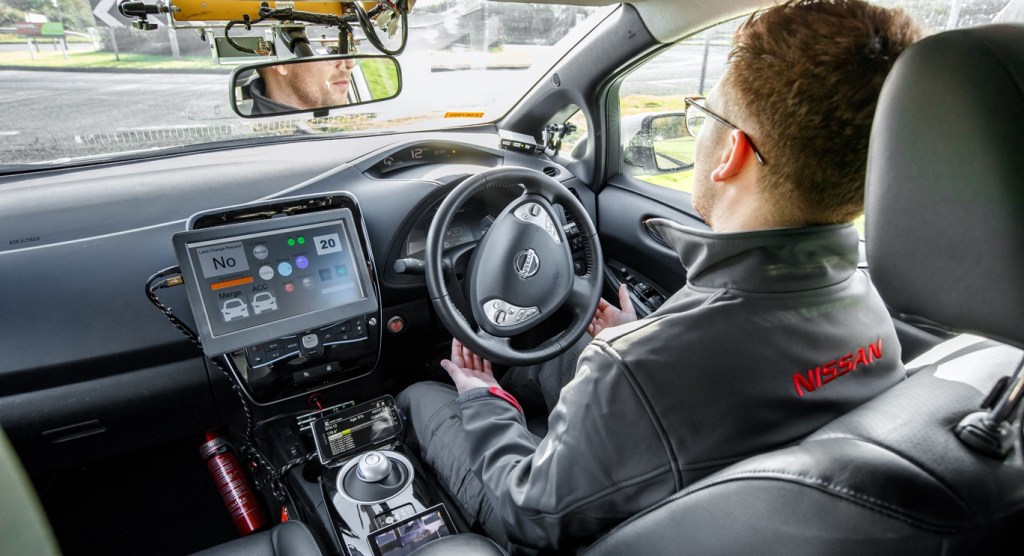 HumanDrive, as the project is known, involves participants from across the technology and automotive industries, as well as academia and government. The 30-month project was scheduled to conclude with a 200-plus mile autonomous “grand drive” through complex driving conditions, spanning highways, small country roads with no markings, and the countless roundabouts that permeate the country — the U.K. has one of the highest number of roundabouts per mile of road in the world.

The $18 million program has now come to an end, and Nissan is laying claim to having completed the U.K.’s “longest and most complex autonomous car journey,” stretching 230 miles from Cranfield, Bedfordshire in the south of England to Sunderland in the north.

“The HumanDrive project allowed us to develop an autonomous vehicle that can tackle challenges encountered on U.K. roads that are unique to this part of the world, such as complex roundabouts and high-speed country lanes with no road markings, white lines, or curbs,” explained Bob Bateman, project manager for Nissan’s European technical center.

A number of people have questioned the wisdom of relying on the miles-driven metric to gauge progress. For example, driving 1 million miles on the same 50-mile stretch of road wouldn’t necessarily teach a car as much as driving in diverse conditions.

“Miles traveled standing alone is not a particularly insightful measure if you don’t understand what the context of those miles were,” noted Noah Zych, former head of system safety (and now chief of staff) at Uber’s advanced technologies group, in a 2018 Wired interview. “You need to know ‘What situations was the vehicle encountering? What were the situations that the vehicle was expected to be able to handle? What was the objective of the testing in those areas? Was it to collect data? Was it to prove that the system was able to handle those scenarios? Or was it to just run a number up?'”

Derek Kan, under secretary for policy at the U.S. Department of Transportation, has also gone on record questioning whether miles driven is a useful safety metric and noting that not all miles are created equal. Even within the U.S., the complex streets of Manhattan don’t compare to an empty highway in the Mojave Desert.

While not the only safety metric, miles driven is an easy way to understand and compare progress, which is why it’s often touted by companies and lapped up by the media. As the debate about how to develop better safety metrics for self-driving cars heats up, we can expect various jurisdictions around the world to train and tailor autonomous driving systems to their own environments.

“Safely completing the longest autonomous drive in Britain is an incredible achievement for Nissan and the HumanDrive consortium, and a huge step toward the rollout of driverless cars on U.K. streets,” said U.K. business minister Nadhim Zahawi.