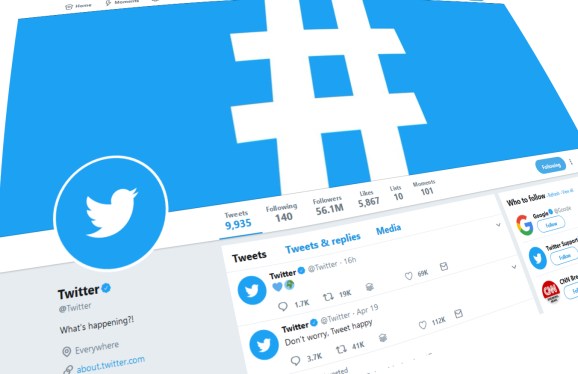 Twitter has hit $1 billion in quarterly revenues for the first time in its history as it touts improved advertising income and an increase in active users.

The social networking giant announced its Q4 2019 financial and user metrics this morning, revealing revenues of $1.01 billion — a  year-on-year (YoY) increase of 11% on the record $909 million reported last year, and a quarter-on-quarter (QoQ) rise of around 22% compared to Q3 2019.

The bulk of Twitter’s income comes from advertising, which constituted $885 million, or 88% of its revenue, during the last quarter. This was an annual increase of 12%, and Twitter noted that its domestic U.S. market underpinned much of the uptick.

“We reached a new milestone in Q4, with quarterly revenue in excess of $1 billion, reflecting steady progress on revenue product and solid performance across most major geographies, with particular strength in U.S. advertising,” said Twitter CFO Ned Segal.

Twitter beat analyst estimates on both revenue and users — hitting 152 million monetizable daily active users (mDAU) during the last quarter, up 21% on the 126 million reported last year and 5% on the previous quarter. Twitter defines an mDAU as anyone who logs in through Twitter.com or its mobile apps and is able to view advertisements, so this excludes TweetDeck or third-party clients.

Domestically, Twitter increased its mDAU by 4 million from last year and 1 million from the previous quarter, with its U.S figure now sitting at 31 million.

According to Twitter, user growth was driven chiefly by product improvements it made last year relating to “increased relevance” of content in users’ Home timeline and better notifications.

“Our work to increase relevance and ease of use delivered 21% mDAU growth in Q4, with more than half of the 26 million mDAU added in 2019 directly driven by product improvements,” Twitter cofounder and CEO Jack Dorsey said. “Entering 2020, we are building on our momentum — learning faster, prioritizing better, shipping more, and hiring remarkable talent, all of which put us in a stronger position as we address the challenges and opportunities ahead.”

One of these challenges relates to the pervasiveness of toxicity on the Twitter platform. During the previous quarter’s earnings, the company said it now proactively removes half of all abusive tweets, meaning it uses automated tools to scrub abuse without waiting for manual reports. And in a U.S. election year, Twitter — along with the other big technology platforms — is also keen to highlight its efforts to thwart fake news and misinformation.

“In Q4, we increased our efforts to protect the integrity of election-related conversations and proactively limit the visibility of unhealthy content on Twitter, resulting in a 27% decline in bystander reports on tweets that violate our terms of service,” the company said.