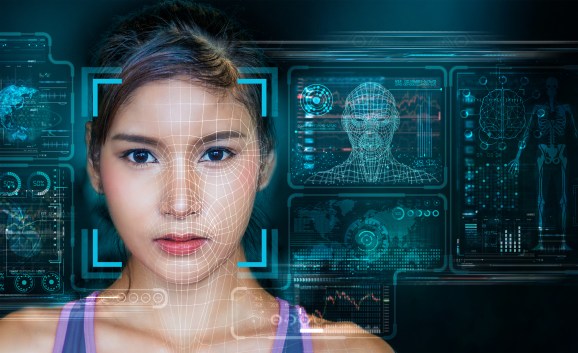 A few weeks ago, Maribel Cortez was at home in Rockville, Maryland with her husband and five children when one of her kids opened the door. Immigration and Customs Enforcement (ICE) officers proceeded to arrest her husband in front of the family. “They didn’t give any explanation. It wasn’t until they were detaining him and putting him in the car that [officers said they were] arresting him because they obtained the information in regards to his [driver’s] license,” she said, speaking through a translator.

Cortez spoke today in the Maryland General Assembly in favor of a bill that would require ICE to obtain a warrant from a judge before using facial recognition to search the Maryland Image Repository System (MRS).

Maryland began issuing driver’s licenses to immigrants in 2013. On Wednesday, the Washington Post reported that ICE searched the state’s immigrant driver license photo database of millions of drivers multiple times without a warrant. ICE has searched these databases in states like Utah in the past, but the report says the Maryland incident may demonstrate the agency’s ability to search a state driver’s license photo database without gaining approval.

The debate happened on the same day the U.S. Justice Department created an office to denaturalize immigrants and BuzzFeed News reported that Clearview AI has been used by the Department of Justice, ICE, and major retailers and governments around the world.

Access to photos of Maryland drivers is believed to come from a 2012 memorandum of understanding (MOU) agreement between the Maryland Department of Public Safety and the Department of Justice.

Multiple immigrants shared similar stories with immigration rights groups and reporters, but it’s unclear how often ICE accessed the Maryland database since the state has no auditing system to keep track of such searches, either inside Maryland or in other states.

Georgetown Law Center on Privacy and Technology Harrison Rudolph said warrantless photo searches by ICE are a “bait and switch for immigrants” that will subvert public safety and could lead down more dangerous roads.

“It’s my judgment that Maryland has a duty to the immigrants in this state who have trusted you and trusted the MVA (Motor Vehicle Administration) to give up their most private information so that they can get a driver’s license. So they feel safe waking up in the morning and taking their kid to school or the doctor. A mother today is waking up more scared in Maryland because she found out in the Washington Post that a federal agency has direct access to the MVA; that’s what this is about,” he said. “It is a betrayal of immigrants’ trust for the MVA to allow ICE agents to conduct warrantless face scans on immigrants’ photographs to identify people for deportation.”

State Senator Clarence Lam (D) said Maryland encouraged immigrants to get driver’s licenses so they could cooperate with law enforcement and to ensure they receive the same driver testing and training required for U.S. citizens.

“There are real benefits, and we’ve encouraged people to do so, and yet the state has opened up this information to searches by federal immigration officials. And as I mentioned, particularly given the privacy argument, this does impact all Marylanders, because all of us are subject to this virtual police lineup, where federal agencies can go through and submit a photo and run it against any of our pictures that we have on our driver’s licenses,” Lam said.

According to Georgetown Law analysis, dozens of states currently have memorandums of understanding with the Department of Justice to provide access to driver’s license databases. Privacy advocates call this a way to involve millions of innocent people in searches by law enforcement. Rudolph said the MOU Maryland officials signed might be the most lenient in the country.

Lam, who sponsored Senate Bill 649, testified that states like Washington and New York have laws requiring a warrant for ICE access. The Maryland bill was tailored to exclude other Department of Homeland Security (DHS) agencies, like Customs and Border Protection (CBP) and the Transportation Security Administration (TSA). A lawsuit over New York’s Green Light Law led the Trump administration to revoke Global Entry program support for New York ports of entry earlier this month.

In response to testimony about the bill today, Senator Ronald Young (D) on Maryland’s Senate Judiciary committee questioned whether a law like SB 649 could lead to retaliation by the federal government and whether it’s risky to enact legislation that prevents cooperation with federal agencies. Young requested further input from the state attorney general and asked directly whether President Trump would instruct the FBI to carry out searches on behalf of ICE.

On Wednesday, a judge in the 2nd Circuit U.S. Court of Appeals ruled in New York vs. DHS that the federal government can deny benefits to states that do not cooperate with federal agencies. A prior contradictory ruling signals the issue could be headed for the U.S. Supreme Court.

“The Supreme Court will resolve this, and if we end up being on the wrong side of this, aren’t we imperiling the benefits we’re going to receive from the federal government? And under the circumstances, do we want to take that risk at this point?” Young asked.

Lam argued that the bill does not share immigration status data, just photographs, and said with the imperfect systems available today, you don’t have to be an exact match — you just have to look like an immigrant.

Another lawmaker expressed similar concerns that today’s inaccurate facial recognition systems could cast a wide net and lead to racial profiling of innocent individuals, regardless of a person’s immigration status. A December 2019 NIST study of nearly 200 facial recognition systems found that some were 100 times more likely to misidentify Asian-Americans and African-Americans than Caucasians. Women, the young and old, and other groups also saw lower levels of accuracy compared to white men.

In an attempt to establish clear rules, standards, and limits on how federal agencies can use facial recognition, state lawmakers across the U.S. are considering a variety of laws for facial recognition regulation.

Before his death last year, Congressman Elijah Cummings led a bipartisan effort in the House Oversight and Reform Committee to examine facial recognition use by law enforcement and regulate government use of the technology.

Use of facial recognition by the FBI and ICE is part of what motivated U.S. Senators Cory Booker (D-NJ) and Jeff Merkley (D-OR) to propose a facial recognition moratorium until limits can be placed on the technology to protect personal freedoms like freedom of speech and the right to assemble.