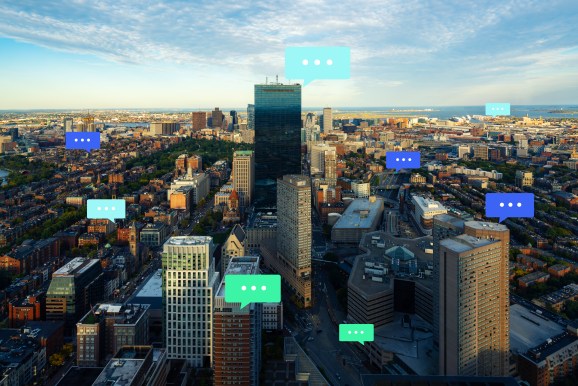 Twitter recently launched a test in Brazil to see if self-destructing tweets called Fleets might be a promising new format for the social media platform. Fleets cannot be “liked,” retweeted, or commented on by others and will be automatically deleted 24 hours after being posted.

Whether you are a casual observer of social media, an active participant, or a social media-savvy marketer, you know that this idea is hardly new. Snapchat launched a similar format, called Stories, in October 2013 and Instagram followed suit in August 2016. Facebook has its own version, too. TikTok, perhaps the fastest growing social media platform, is based on a stories-like video platform that has proven to be wildly popular among younger audiences. It has more than a billion downloads and more than 500 million active users, most of whom are under the age of 30.

The appeal is obvious: People want to share ideas and thoughts without worrying that their posts might prove embarrassing weeks, months, or years later. This is especially important on Twitter since it has differentiated itself as the place to be for breaking news and trending topics. People want to share their views on controversial subjects without worrying that their tweets might come back to haunt them later. Now they can post their opinions as Fleets and find comfort in the knowledge that they will vanish by the next day.

There are lots of reasons why Twitter’s Fleets format is likely to be successful with both users and advertisers. On the one hand, there are many Twitter users who are active on multiple social platforms, including Instagram and Snapchat. They are probably already comfortable with stories-like formats. Equally important, advertisers are already investing in ephemeral formats like Stories on Instagram. In fact, from what I’ve seen, the engagement rate on Stories on Instagram is much higher than on the regular Instagram feed. Advertisers are also turning to TikTok, including well-known brands like MAC Cosmetics, Burberry, and even BMW. All of this bodes well for Twitter’s Fleets.

In order to maximize the potential of Fleets, however, the company will need to figure out which Fleets should appear first to users. Many Twitter users follow hundreds of accounts, from friends and family, to news media and celebrities. The right prioritization, focusing on the topics and accounts that users care the most about, can be important in driving and optimizing engagement. In addition, many users will want explicit control in configuring which Fleets they see first. This kind of personalization will be critical to making the Fleets format a success for Twitter.

The ephemeral nature of Fleets, while the idea looks good on the surface, could also prove to be an issue for the platform. Today Twitter is the home of breaking news and entertainment, from big events to everyday interests. But it is unfortunately also the home of political diatribes and trolling. And, while Twitter is working really hard to remove digital pollution, ban political advertising, and limit harmful content and hate speech, will giving users the possibility to post content that they know will disappear after 24 hours encourage them to share even more hateful or divisive content? That will be an important question for Twitter as it looks to attract more users and advertisers.

Convincing brands to invest ad dollars in Fleets will depend on whether Fleets can deliver the right audiences or engagement levels. Instagram Stories are appealing to advertisers because of their high engagement. Meanwhile, TikTok is growing in popularity with advertisers trying to reach a younger demographic or to future-proof their brand. What value will Twitter Fleets deliver to advertisers that they cannot get elsewhere? Will Fleets give users an even more powerful weapon for misusing the platform? What ad formats will perform best on the platform in 2020?  Understanding the answers to those questions will be the key to predicting the success of Twitter’s Fleets.

Yuval Ben-Itzhak is CEO of Socialbakers. He was previously CTO at Outbrain, at AVG Technologies, and at Finjan, and in 2000 founded web application security company Kavado.