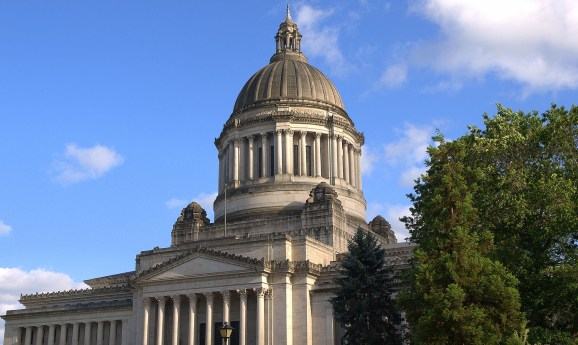 For the second year running, lawmakers in the state of Washington have failed to pass sweeping data privacy legislation. The Washington Privacy Act, or SB 6281 — akin to Europe’s GPDR or California’s CCPA — would have allowed individuals to request that companies delete their data. But today Washington state House and Senate lawmakers did succeed in passing SB 6280, which addresses public and private facial recognition use. The bill requires facial recognition training and bias testing and mandates that local and state government agencies disclose use of facial recognition. It also creates a task force to consider recommendations and discrimination against vulnerable communities.

The news comes a day before the state’s legislative session closes.

Senator Reuven Carlyle (D-WA) said in a statement today that a conference of lawmakers had failed to reconcile differences over whether the state attorney general or consumers in courts should have the power to enforce the law.

“Following two historic, near-unanimous votes on proposals in the Senate this year and last, I’m deeply disappointed that we weren’t able to reach consensus with our colleagues in the House,” Carlyle said. “The impasse remains a question of enforcement. As a tech entrepreneur who has worked in multiple startup companies, and in the absence of any compelling data suggesting otherwise, I continue to believe that strong attorney general enforcement to identify patterns of abuse among companies and industries is the most responsible policy and a more effective model than the House proposal to allow direct individual legal action against companies.”

Privacy regulation cosponsored by Carlyle last year failed in the Senate over disagreements.

The Washington Privacy Act (SB 6281) passed with a 46-1 Senate vote in February and then passed the Washington state House of Representatives in a 63-33 vote on March 6 with a range of amendments. The state Senate’s rejection of the amended law triggered a concurrence meeting with members from both parties.

A 2019 version of the Washington Privacy Act also made its way through the Senate in a 46-1 vote but died in the House of Representatives.

Representative Zack Hudgins (D-WA) was also part of the concurrence meeting and said lawmakers were unable to overcome disagreements around consumer-focused enforcement of privacy laws.

“Strong attorney general enforcement was never the issue; it was the role of consumers that proved impossible to reconcile. These issues of privacy, and the data economy, are not going to fade in Washington state or nationally,” Hudgins said in a statement.