My bottom has never been so clean. And unlike my fellow Americans, I have not had to rush to the store to buy six months’ worth of toilet paper, thanks to a smart toilet seat with a bidet.

During the past year, the folks representing South Korea’s Coway have been pitching their Coway Bidetmega brand of bidets to me. A smart toilet always seemed like a funny joke or a luxury to me. But with the recent spread of COVID-19, I gave in and tried the company’s latest bidet, the Coway Bidetmega 400.

The bidet is attached to your toilet seat, and you operate it via a remote control that you can put on your wall. A sensor detects when you sit on it and preps the bidet for cleaning. When you are done with your No. 2 business, you press a button with an image of a bottom on it and it sprays water accordingly. 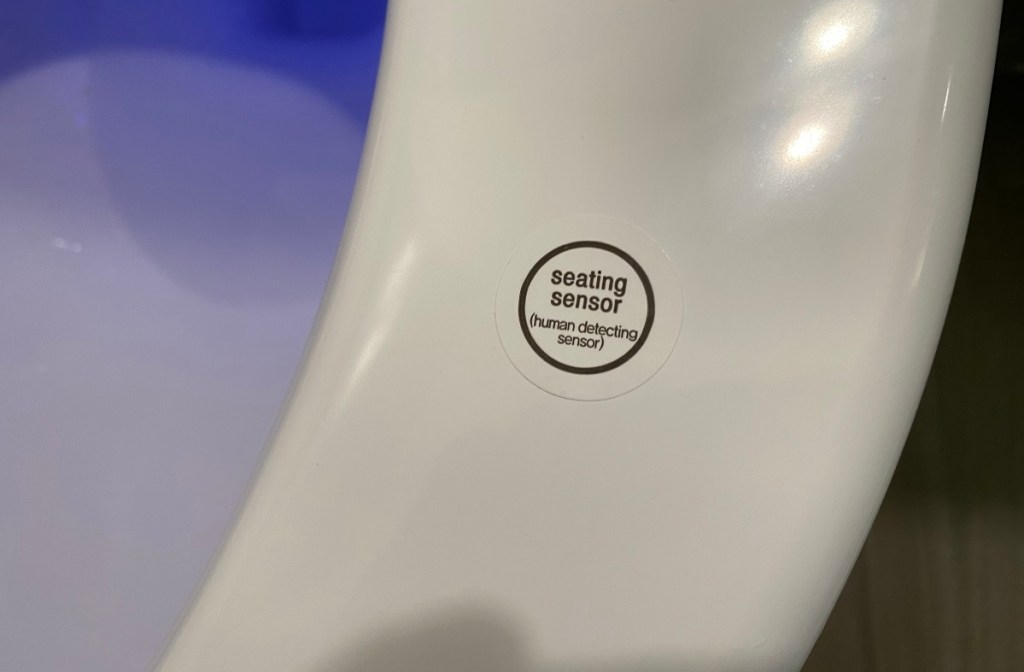 That’s what bidets have done for ages, and they’re far more popular in places like Japan, where they come with seat warmers and other luxurious, spa-like toilet features. Toto is the king of such bidets in Japan, and it is the world’s largest toilet maker, with $5.2 billion in sales and a flagship Neorest NX2 toilet that costs $12,800. But in the U.S., bidets are relatively rare, beaten off by the smart marketing of Charmin and other toilet paper brands.

But the bidet has a lot going for it. The Coway Bidetmega 400 model that I have been trying out not only shoots water at your bottom, it also blow dries it. So you can don’t have to wipe with toilet paper at all, thereby saving some trees. A No. 1 button will angle a spray toward the user’s front, uh, bottom. 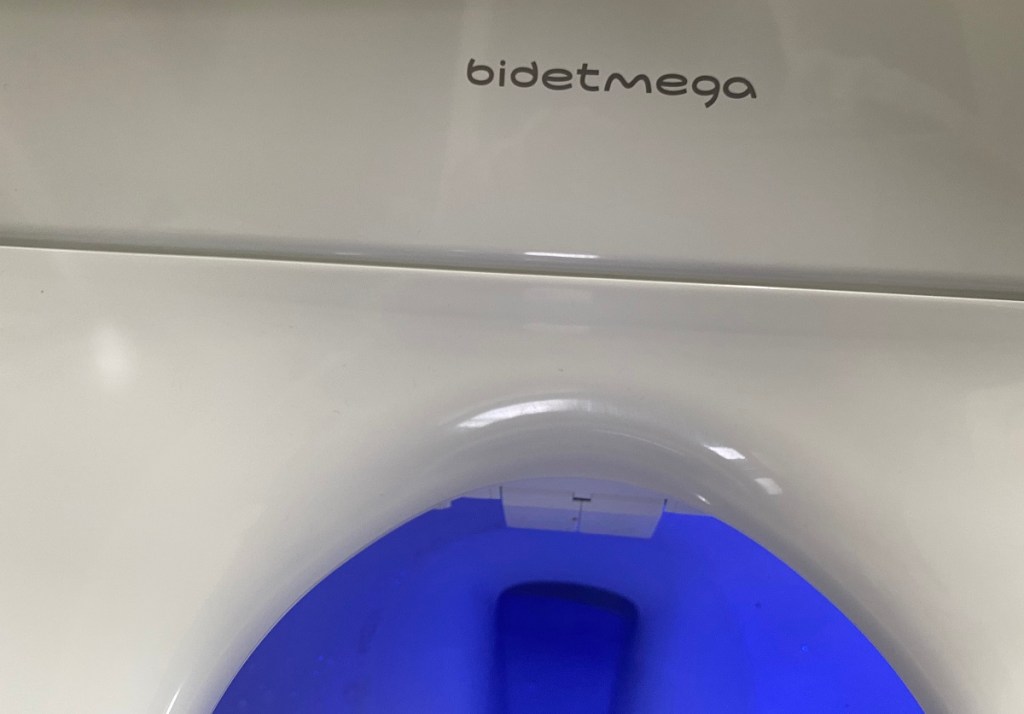 Above: The nozzles of the Coway Bidetmega 400 only come out during operation.

It is pretty hygienic

As mentioned, you can use a bidet without your hands, except for pressing a remote control. It cleans and dries. That’s one of the reasons bidets have been so popular in the cleanliness-conscious Japanese culture. Coway has built a triple-stage bidet wash care system that keeps the water path, nozzle, and toilet free of contaminants.

You just push a button to have the bidet clean itself. It switches to a low-energy mode when not in use. 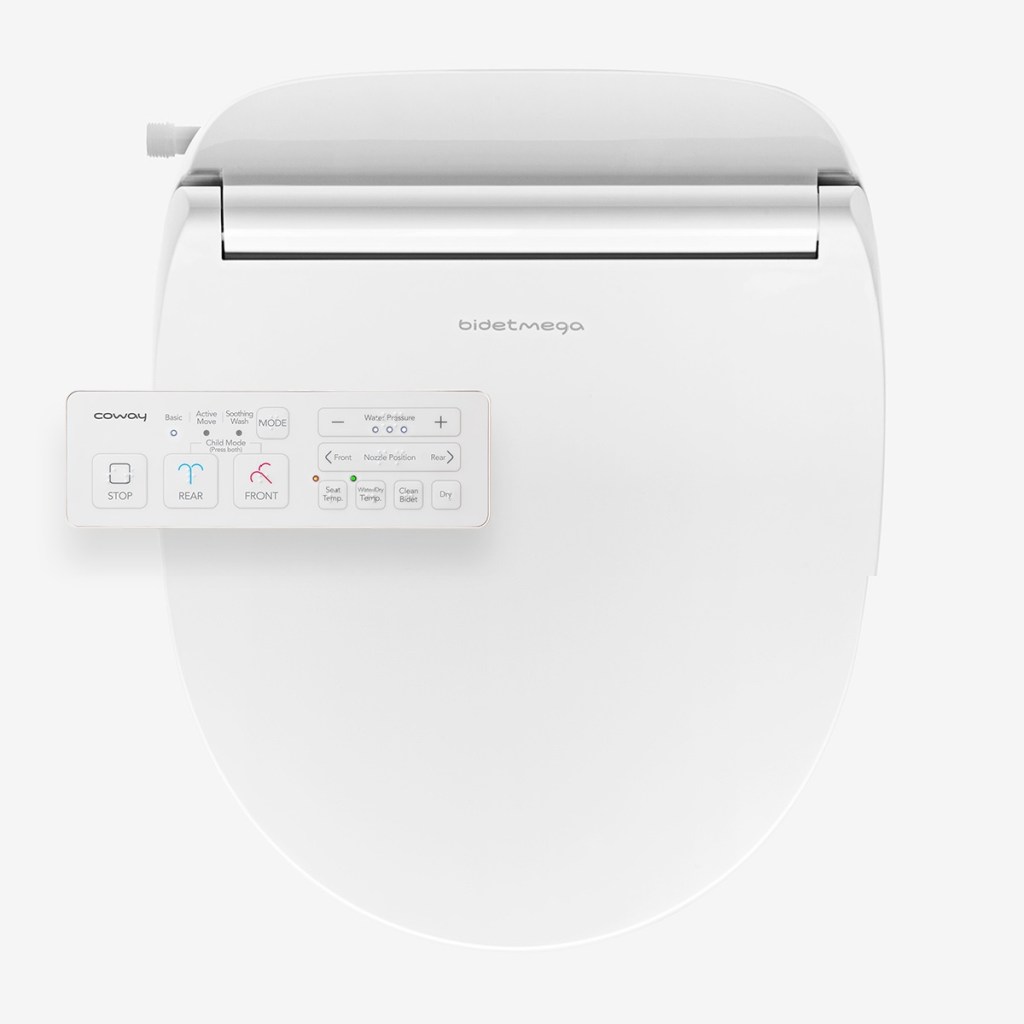 Above: The Coway Bidetmega 400 has a Bluetooth remote control.

The bidet detects when you sit on it, and it heats up the water before spraying it on you, which is better than the proverbial cold shower. You can also control the type of spray that comes out. And you can add Braille letters if you like. 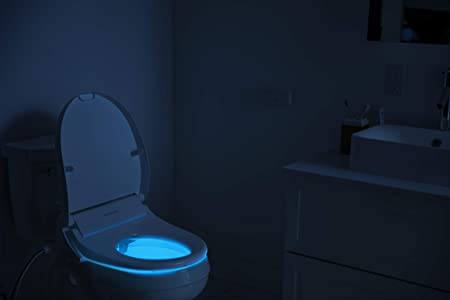 Above: You’ll never miss this toilet with a Coway Bidetmega 400.

It comes with a blue LED light that turns your toilet bowl into one of the most useful night-lights ever, and you’ll never miss landing on the seat in the middle of the night. The wireless remote is convenient, and you can easily mount it on your wall. The remote gives you additional options, like a child’s bidet (with less force for those with sensitive skin).

Coway has elongated and round toilet seat versions so you can retrofit your existing toilet. It took me maybe 20 minutes to install. I just turned off the water valve on the hose attached to the toilet. Then I took off the old toilet seat and attached the bidet seat to the existing toilet. I added a T-intersection pipe to the valve and attached a hose to the bidet. I reattached the other hose to the toilet. And then I plugged the bidet into a wall socket and turned on the water valve again. I paired the bidet remote control with the seat via Bluetooth, and it worked the first time. And presto, I had a smart toilet. 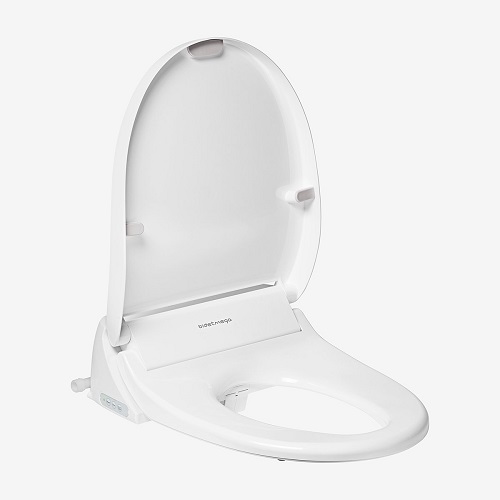 Above: The Coway Bidetmega 400 is built into a toilet seat.

It’s a little noisy prepping itself with water when you sit on it so it’s not the greatest thing to use when your spouse is sleeping and you get up in the middle of the night. Then it makes noise when you actually use the bidet and the dryer. So if you’re in a place where silence is golden, the bidet may not be so great. On the other hand, regular toilet flushes are noisy too.

Yes, $600 is a lot to part with. And I would guess that bidet prices are going to climb, along with toilet paper prices, as we all deal with this shortage crisis, which is hopefully temporary. 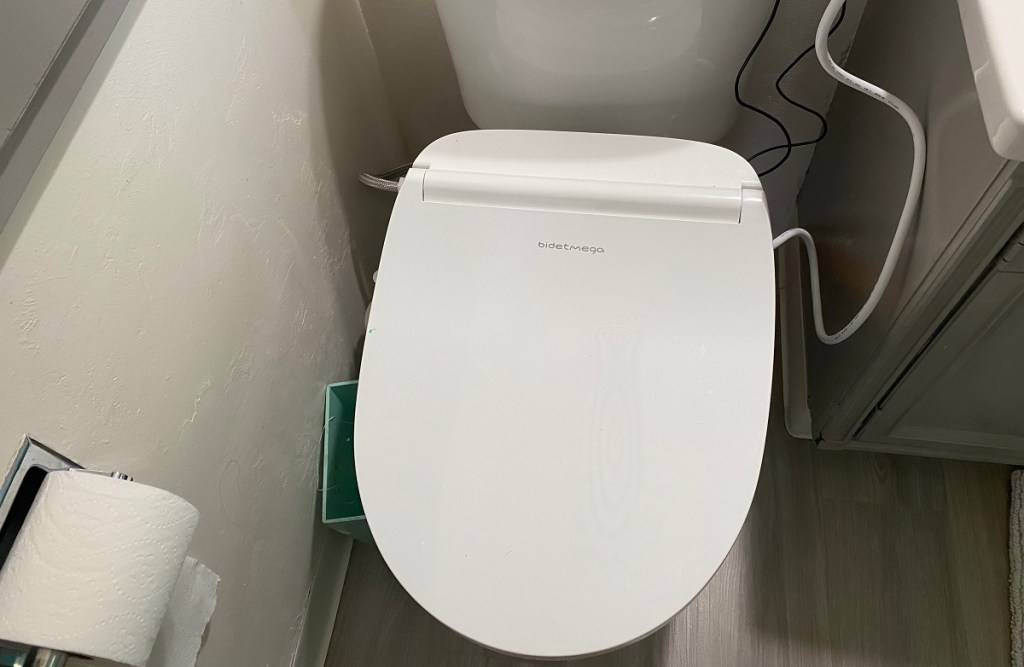 Above: Keep your toilet paper around for emergencies, even with a bidet.

If hygiene is your priority, a bidet like the Coway Bidetmega 400 is a good deal. I’ve tried it out, and I don’t really want to go back. It’s like having a throne in my self-quarantined kingdom.

My friend Mike Wilson swears by the Luxe Bidet Neo 120, which currently retails on Amazon for $76. His view is that you can save a lot of trees this way. Of course, a bidet uses electricity and water, and it is made of materials that aren’t renewable, unlike toilet paper. So it’s a toss-up as to whether it is more environmentally friendly.

Of course, if you’re really a clean freak, you’ll probably want to wipe with toilet paper in addition to using the clean/dry functions of the bidet. And you might want to keep a roll of toilet paper around in case you ever lose power.