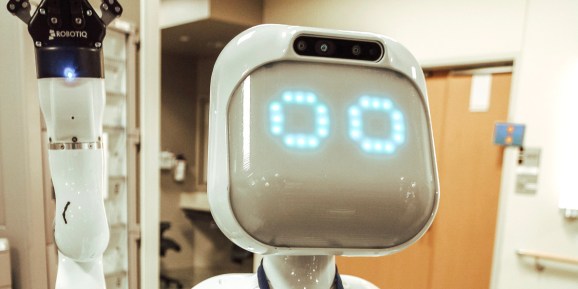 Diligent Robotics today announced the close of a $10 million round to expand its fleet of nurse assistant robots for hospitals. The round was led by DNX Ventures, with participation from True Ventures, Ubiquity Ventures, Next Coast Ventures, Grit Ventures, E14 Fund, and Promus Ventures.

Moxi is designed to reduce nurse workloads by handling tasks like collecting supplies, gathering soiled linens, and delivering fresh ones, and it’s coming to market during the COVID-19 crisis, when nurses are in short supply. In addition to tackling mundane aspects of the job, the robot can also help reduce health care professionals’ exposure to disease.

Moxi was created by Diligent Robotics at University of Texas, Austin by CEO Dr. Andrea Thomaz, a roboticist and professor who previously ran the Georgia Tech Socially Intelligent Machines Lab.

“It’s a really good time to be working on this problem,” Thomaz told VentureBeat in a phone interview. “Now more than ever there’s kind of a spotlight on how overworked [nurses are] and what a shortage there is of frontline hospital staff, so we’re anxious to get more robots out there to help.” 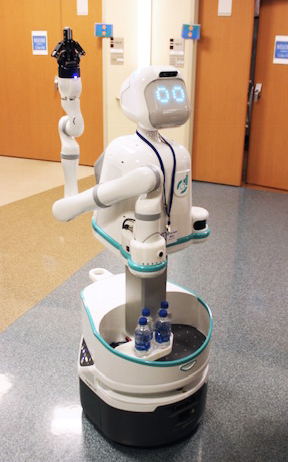 Robots like UVD’s ultraviolet light-emitting robot and others used for telepresence are being deployed to fight COVID-19.

Moxi underwent over 3,000 hours of testing in Austin and Dallas, Texas hospitals in 2018 and 2019, and earlier this year the robot was placed with its first customer, Medical City Healthcare in Dallas. Diligent Robotics has not yet shared specific data on just how much time Moxi saves human nurses, but those figures may be shared in a future whitepaper, Thomaz said.

Diligent Robotics previously raised $5 million in a seed round. The company was founded in 2017, has 18 employees, and is based in Austin.