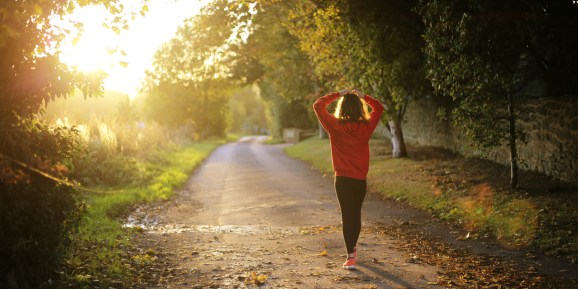 A cross-disciplinary group of researchers used AI as part of an analysis of photos posted online that recognizes an association between happiness, life satisfaction, and nature. Researchers from universities in Australia and Singapore say the analysis demonstrates the biophilia hypothesis that humans are naturally attracted to nature and people around the world have a preference for nature in their fun activities, vacations, and honeymoons.

The analysis of more than 31,000 photos also found that people in nations with high life satisfaction scores like Costa Rica and Finland tend to take a higher proportion of photographs during fun activities like weddings or recreation. Nature also appears prominently in vacation and honeymoon photos. The frequency of nature in different activities varied widely across countries.

“We found that, at a cross-national level, there was a positive association between the national life satisfaction score and the proportion of nature labels (plants) in the fun activity photographs,” the report reads. “These results, taken together, suggest the importance of nature in providing the background to positive social contexts, presumably fond memories, as well as in contributing to life satisfaction in communities worldwide.”

Despite 100 million people in the United States today and nearly 1 in 5 around the world practicing social distancing to reduce spread of the novel coronavirus, depending on where you live, you can still take a walk or run and spend time in nature as long as you maintain six feet of space between yourself and other people. That’s what Dr. Anthony Fauci prescribes to feel good and reduce stress, even in a pandemic.

For those ordered not to leave their homes, you might want to open your window shades or even watch a nature documentary.

The work was published earlier this month in Scientific Reports, a Nature Research publication. Academic researchers shared the results of an analysis of photos Flickr users took in 185 countries around the world between 2008 and 2018. Contributors to the work include biological scientists from National University of Singapore and University of Queensland, and an ETH Zurich, Singapore researcher.

Authors of the research paper believe AI should be used more often to understand things about humans from crowdsourced imagery.

“Coupling social media with artificial intelligence for automated approaches in image recognition opens up unique opportunities to carry out large-scale studies of cultural ecosystem services to advance our understanding in human-nature relationships,” the report reads.

To test the biophilia hypothesis, researchers integrated the fields of ecosystem services and environmental psychology to study how humans experience nature in different contexts, and how that relates to national life satisfaction scores.

Authors believe their work suggests an “underestimated dimension of the relationship between humans and nature,” possibly through deriving survival from nature, as well as fond memories and events associated with life satisfaction.

“The main implication is that the loss of nature may mean more than losing quantifiable economic and ecological benefits; it could also mean losing the background to our fondest memories,” the report reads.

As part of the image labeling process, the work treats tags for publicly searchable images uploaded to Flickr as a way to understand whether a photo is a wedding or vacation as well as the emotional state in a photo. It also uses the Google Cloud Vision API to recognize objects, humans, and places in a subset of about 3,000 images.

The authors acknowledge a number of shortcomings that may be overcome in future works, such as a focus on tags only in English or drawing photos only from Flickr. Other limitations include a reliance on self-reported tags; also, the authors were unable to discern if photos were taken by a local or a visitor.

The work makes an effort to place value on the importance of nature to humans.

“Although significant progress has been made in the economic and ecological valuation of ecosystem services, much less attention has been paid to cultural and social values, which are the most complex to capture including biodiversity, ecosystems, living organisms, landscapes, and seascapes,” the paper reads. “These results could either point towards nature contributing to life satisfaction through fun memories, or to the tendency of people satisfied with their lives to spend time in a natural setting. Further research should focus on disentangling the cause and effect behind the observed patterns, as this could be an opportunity to design better programs for interacting with nature and improving human wellbeing.”

Other examples of attempts to interpret the value of something difficult to quantify include the OECD Better Life Index for measuring quality of life in nations around the world, while economists and the recently released Accenture 2020 Tech Trends report recommend the development of new metrics to help businesses and individuals better understand the value of trust.