Samsung Electronics and programmable chip maker Xilinx have teamed up to make chips that can serve as the key processing technology behind 5G wireless data commercial networks.

Xilinx specializes in programmable chips that can adapt to the computing need at hand. The Xilinx Versal adaptive compute acceleration platform (ACAP) family, the latest such set of chips, fits well with emerging 5G networks, the companies say.

Samsung Electronics is using the Xilinx chips for worldwide 5G commercial deployments. Xilinx Versal ACAPs provide a universal, flexible, and scalable platform that can address multiple operator requirements across multiple geographies. The way protocols get implemented can be a bit messy, and that’s where having an adaptable chip is necessary, the companies say. 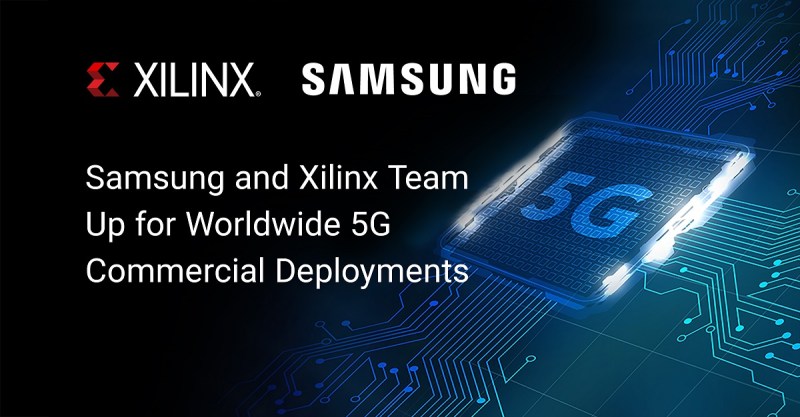 Above: Xilinx and Samsung are collaborating on 5G.

5G networks have a range of speeds, depending on engineering choices made by carriers. As VentureBeat’s Jeremy Horwitz noted, one low band (600-700MHz) tower can cover hundreds of square miles with 5G service that ranges from 30 to 250 megabits per second (Mbps) in speeds. Mid band (2.5/3.5GHz) towers cover a several-mile radius with 5G that currently ranges from 100 to 900Mbps. High band (millimeter wave/24-39GHz) towers work within a one-mile or lower radius to deliver roughly 1-3 gigabits per second (Gbps) speeds.

In an email, Manuel Uhm, director of silicon marketing at Xilinx, said these chips work well for 5G. That’s because the AI engines within the AI Core series have been optimized for advanced signal processing, as well as AI inference. In particular, for signal processing, the AI engines were developed with 5G wireless algorithms in mind, suitable for the digital front end, as well as beamforming.

Jaeho Jeon, executive vice president and head of R&D for networks at Samsung Electronics, said in a statement that the partnership will pave the way for tech leadership in 5G. He said that applying Xilinx’s new advanced platform to Samsung’s solutions will help increase 5G performance. 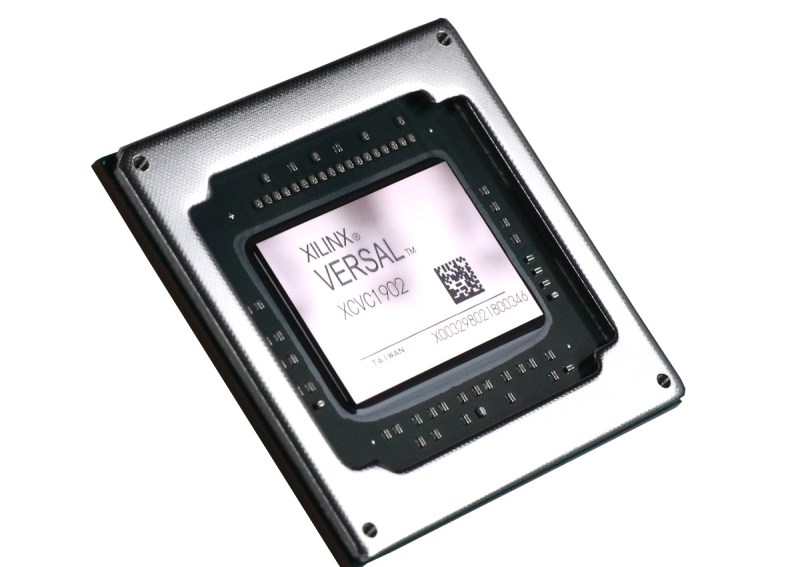 5G requires beamforming, which allows multiple data streams to be transmitted simultaneously to multiple users using the same spectrum. This is what enables 5G’s dramatic increase in 5G network capacity. Beamforming technology, however, requires a lot of power-efficient computing power and advanced high-speed connectivity — both on-chip and off-chip — to meet 5G’s low-latency requirements.

The AI Engines, which are part of the Versal AI Core series, use a tiled array of vector processors, which are ideal for implementing the mathematical functions that high compute density and advanced connectivity require. That design also provides the ability to reprogram and reconfigure the chips even after deployment.

The first Versal ACAP devices have been shipping to early access customers and will be generally available in the fourth quarter of 2020. Other Xilinx partners include Telefonica, Keysight, and Ericsson. Xilinx has 5,000 employees.